I went to Wallingford show with Brodie on Saturday as Brooke is in season (no puppies this time round, lol!)   so Matthew stayed at home with the two younger doglets. Brodie ran well over KC height and I enjoyed the courses loads as they were challenging enough without everything being a go round!! It was also lovely to catch up with people that I haven't seen for months :) The sun was out and it was perfect agility weather! Brodie had two refusals in the agility for coming out of a tunnel twice. It was a very dark tunnel wrapped under the dog walk but a few male dogs reversed out of it so whether there had been a funny smell in it I'm not sure!! The rest of the course he did well. He went clear in the jumping and although he wasn't  placed he finished somewhere in the top ten out of sixty so I'm really pleased with that (I didn't hang around to find out exactly as had cracking sunburn by this point!!)

My Mum came south for a reunion so spent a couple of days with us and met Sparkle. Wee Sparkle was very taken with Nanna and I think the feeling was mutual! 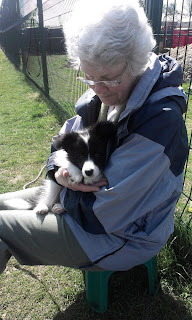 We walked the doglets to the field on Sunday and had chocolate brownie and coffee from the coffee shop - it was so warm that even Brax was panting! 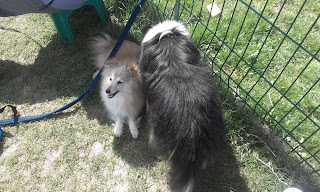 The two smalls getting shade from Matthew 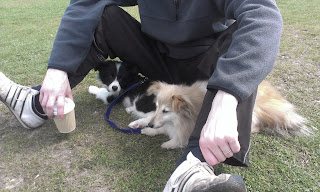 Sparkle and her 'treasure' !! 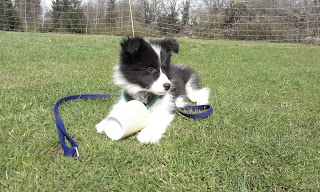 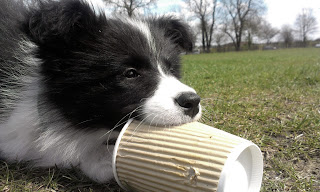 Brodie and Brooke having a sunny snooze. 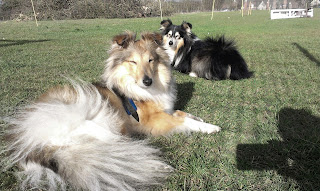 Even Max pony went out in the field naked!! 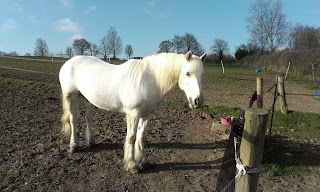 Sparkle and I have been going for little walks by ourselves and having great fun! She is a very good puppy and so far not much different to the shelties apart from being bolder with people to the point that she dive bombs at people when you are carrying her! She has done a couple of puppy classes with Dan and is very focused generally despite being still very young. Her tugging in different places is a work in progress - she will tug beautifully in my lounge or field but now she is old enough to be down on the ground we are taking the new behaviours 'on the road' so to speak. She wasn't sure about tugging in Dans field yesterday but then tugged like a nutter in the hall so that was good. Brodie shared a lesson with Helen and Sweep yesterday and was fab. One exercise was getting him to run through a gap between jumps and we got it eventually - I need someone to kick my butt once in a while!! Thanks Dan :) 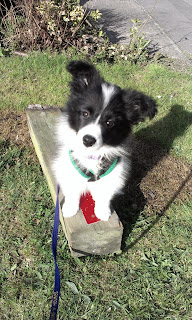 Sparkle and I went to the bank in St Albans today - nothing phased her which was great as it was market day and v busy. She is gradually learning to pose for pictures!! 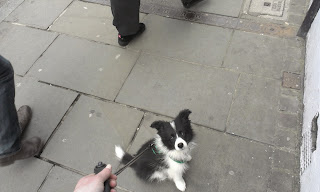 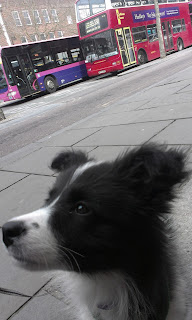