Brooke had her first proper off lead walk across the fields last week! I took her by herself in case she went mad but she just trotted along behind me and occasionally stop for a sniff. She was very good and a little overwhelmed by it! 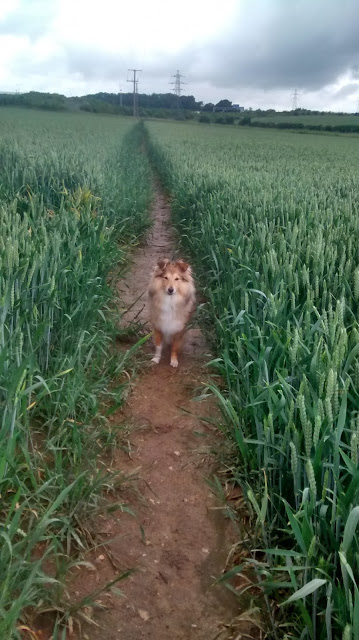 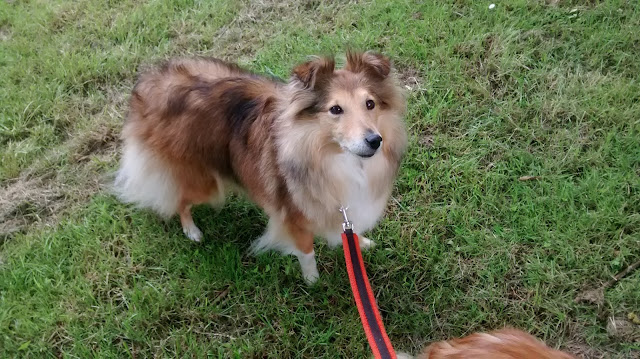 Brooke had Brodies space at Rally class this week as we have a competition at the weekend! Very excited and a bit nervous as not sure how much attention I will get from Brooke bean :-) 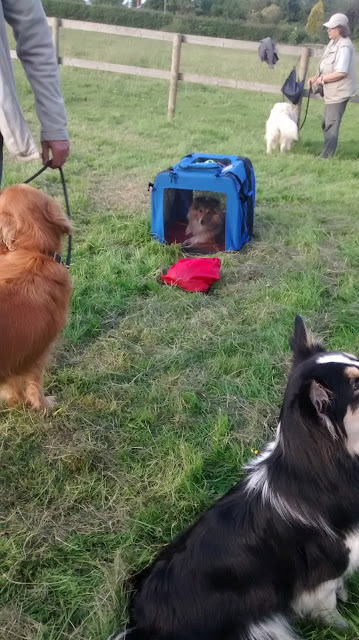 Brodie wasn't talking to me after letting his wife steal his space at class...and I took spaniels to his agility lesson. Hope he forgives me once he gets to do two days of agility and a day of Rally at the weekend! 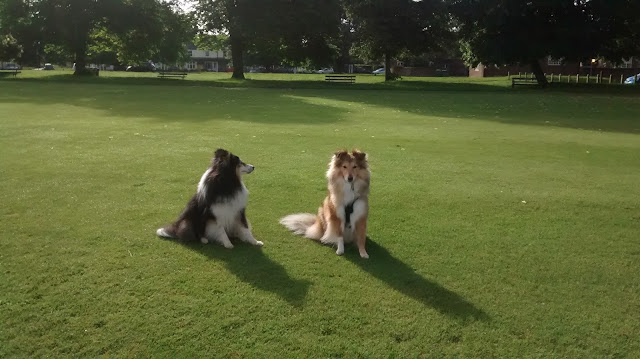 Spark has pretty much finished her season so is back on proper off lead walks again...she is very happy about it :-) We did have some sun this week... 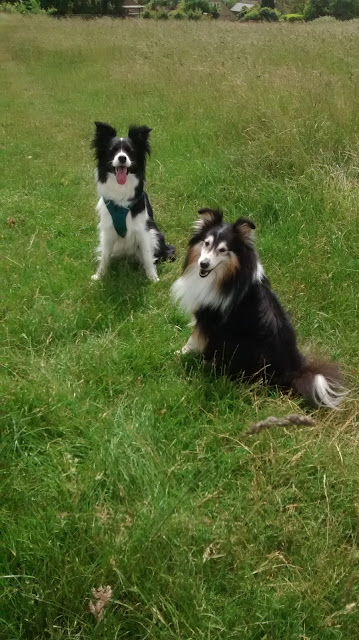 and quite a lot of rain! 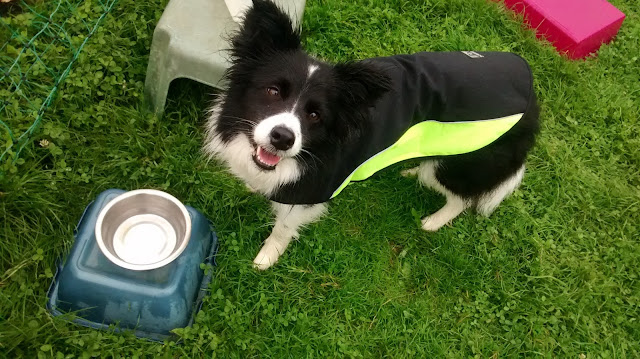 Thanks to everyone who has asked about little Brax. She is getting better slowly, eating much better and no sickness or bad tummy in the last couple of weeks. Hoping now to get some weight on her and get her fitter again. I love this pic of Matt and his ginger girls! 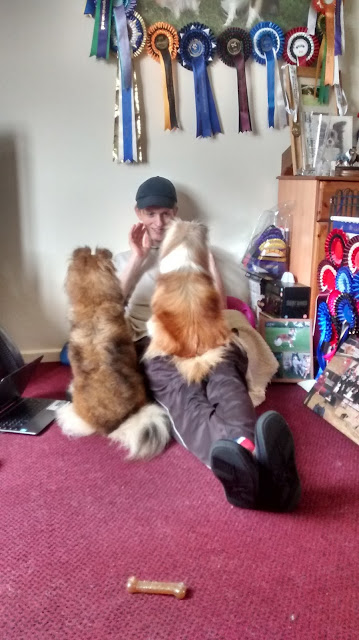 Here are a couple of pics that Matt took of my two at UKA a couple of weeks ago, I love how happy Toad is! The fact that Spark coped with having her pic taken (she hates it!) is brilliant! 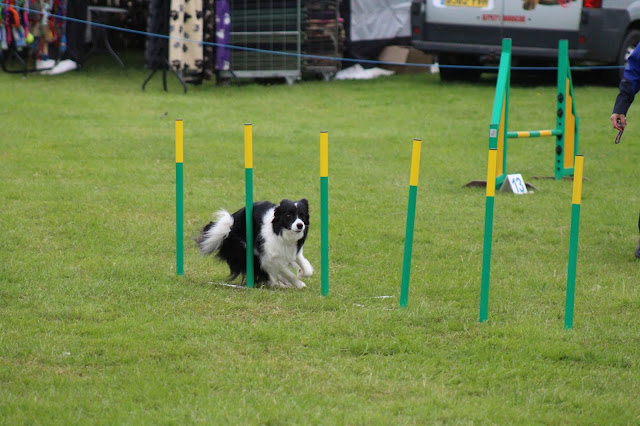 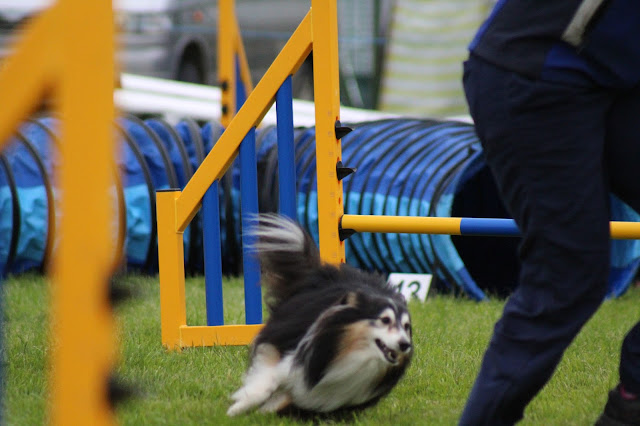 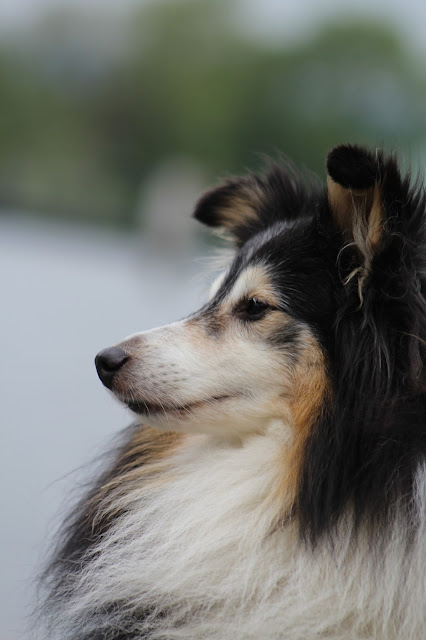 Brooke is soooo photogenic! Good news for our little Bean, Sally physio has given her the all clear to start more off lead work, some cavaletti and low grid work!! It is amazing to think how far she has come. She might even get back in the ring this season doing what she loves best :-) 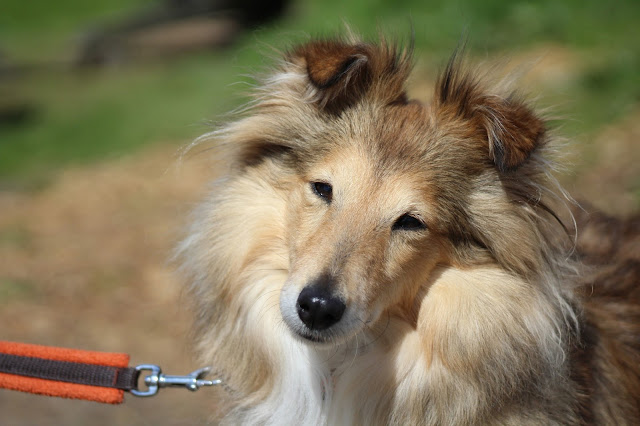 I put together this little video charting her progress at hydrotherapy since Jan..what a difference!

Brax is feeling better too, she seems to be eating ok now that we put her on digestive enzymes. Fingers crossed we can put some weight on her now.

Sparkle had a great time at Godmanchester show. She is in G5 limbo so it was nice just to practice her seesaw position in her two agility runs. She managed to win both of them and come 2nd in the steeplechase! It was lovely having my Mum along to watch as she got videos as well! Brodie wasn't so lucky as his sat nav was rubbish! 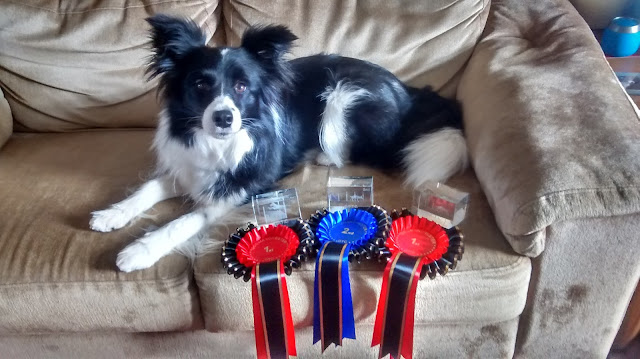 This week has been my yearly agility holiday! I love doing JDA show and tend to do Quadpaws at the start of the week as well. Its the most agility my doglets ever do in a week...four days tires us all out! Brodie and Sparkle got off to a cracking start at Quadpaws, they did six classes for competition and got six wins! So pleased with how they worked! One of Brodies wins was with Matt running him, was lovely to see how much fun they had :-) The other great thing about Quadpaws was being able to watch Squidge puppy in the ring for the first time...he was amazing! Focused and fast like he is at training...he loves his agility! 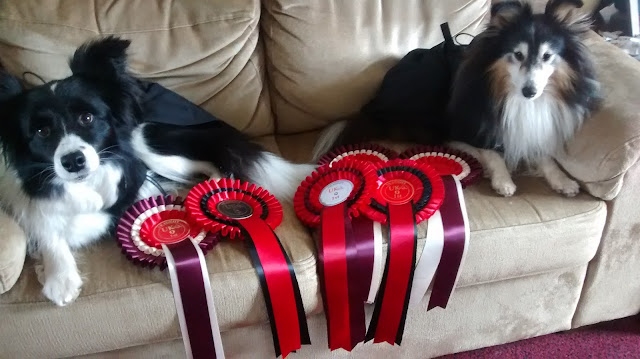 Here is a video of Brodie winning run with Matt...


JDA was great run, I had my two and Dolly running. Dolly had to be put back on some contacts but managed a lovely clear in the C3-5 jumping. Toad ran so well again and got a 2nd in the agility and one out of the placings in his jumping. He qualified for the Finals but sadly couldn't go as I was working. His best mate Rommy came 2nd though which was fab! Sparkalina was a bit angry on the first day as all her runs were last in the ring. Her first run was crazy but she won the other two...C4-7 jumping and G5 agility making her Grade 6. Very spookily it was 6 years to the day that Brodie had won into Grade 6 too!!! 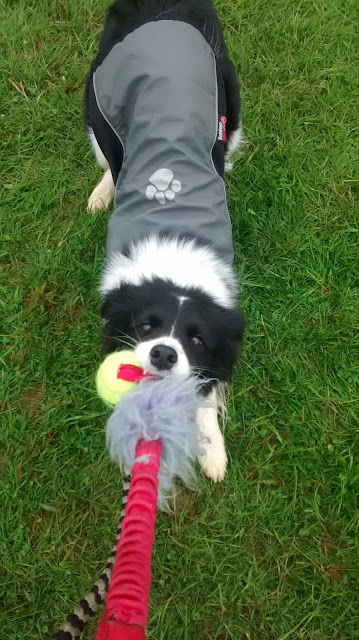 I took all of the doglets as Matt was working and Brooke thoroughly enjoyed walking round the rings! 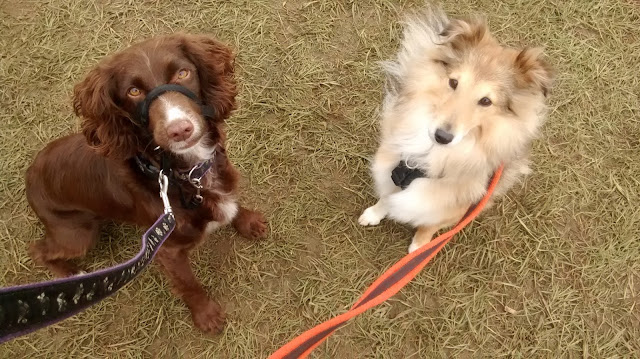 Brooke is still doing hydro every couple of weeks and she loves it. She looked amazing this time, really stretching her bad leg out nicely. Her running in straight lines is coming along well too :-D 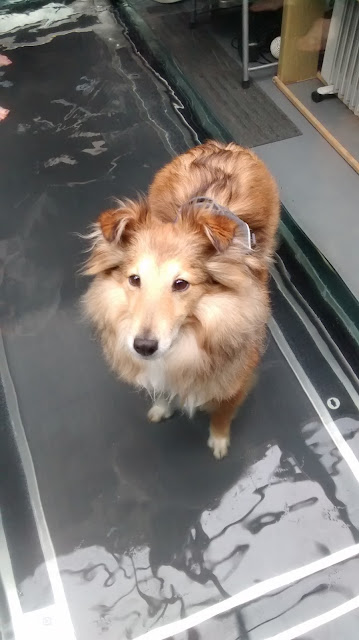 The one that is causing us concern at the moment is this little munckin. She is off her food and being sick now and then. Despite numerous tests the vets are baffled as her blood results are clear for everything. Its so sad seeing her not enjoying her food as she is normally such a greedy little dog. As a result she has no energy and isn't enjoying her walks either. 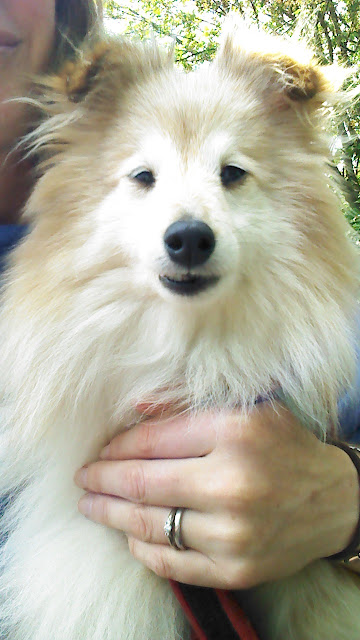 Off on a non doggy tangent but they decorated this tree in the village for a childrens charity...isn't it pretty?! 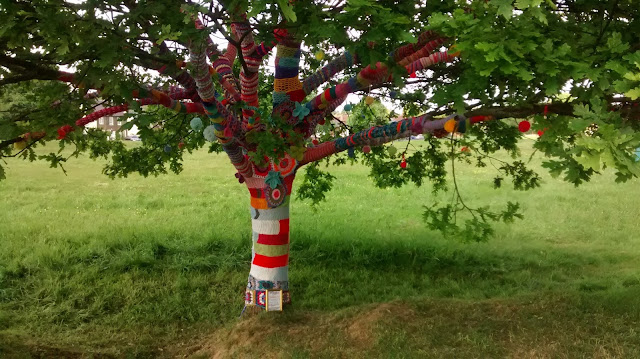