Amazing back from the dead hamster! 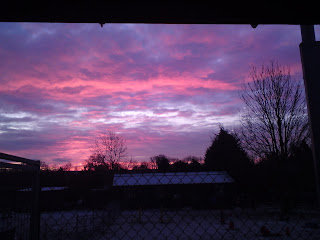 Its been a WHOLE MONTH since I rode my pony because of the snow - ARRGHHHH!!! He on the other hand thinks its great as he thinks he is now retired and spends most of his time stuffing his face!! I couldn't get out to buy his normal bedding so he is bedded on straw at the moment and in Max's world that is even better, once he finishes his hay, he has an edible bed to eat!

I had a hairy (!) moment with my hamster Jaffa at the start of the week. Over the really cold spell he had gone into hibernation overnight and fortunately we realised that he was alive but very cold. My friend Nicola and I managed to revive him by holding him over a heater and Brodie thought he'd get in on the act and was terribly concerned about Jaffa. He made all sorts of strange Lassie type noises and was trying to lick Jaffa and nuzzle him! Anyway, my hammy is fine again but he did give us a fright!! 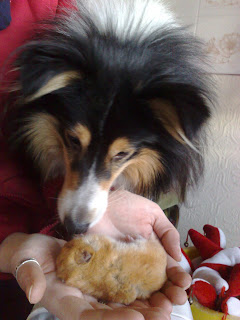