Rosette recycling, some training and way too much rain... 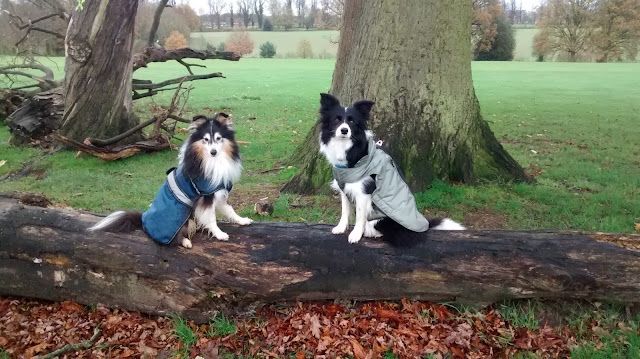 I can't believe how much rain we have had recently! At least the forecast says snow this weekend which makes a change :-) My two love walking in the rain whereas Brax is not so keen bless her. I think she is too low to the ground! I braved walking in a local park today and it confirmed why I normally avoid this particular park...its full of idiots who have boisterous dogs with no recall (not the dogs fault at all) Luckily we managed to avoid most of the idiots and even found a nice log to pose on for an Autumn picture. 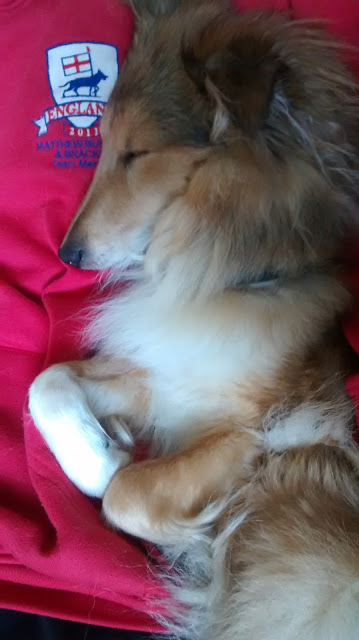 Little Bean is doing well. She had an appointment with the physio who found that she was sore across her shoulders so she got lasered and I have to massage her every day. Her favourite time of the day is sofa snuggles with Matthew.

I have taken pics of the rosettes each of the dogs have won this year...not as a brag but we donate them to Matts Mum who recycles them for the kids at her gym class. I am posting the pics as a record more than anything and I am proud of how they have done this year as we didn't compete loads. 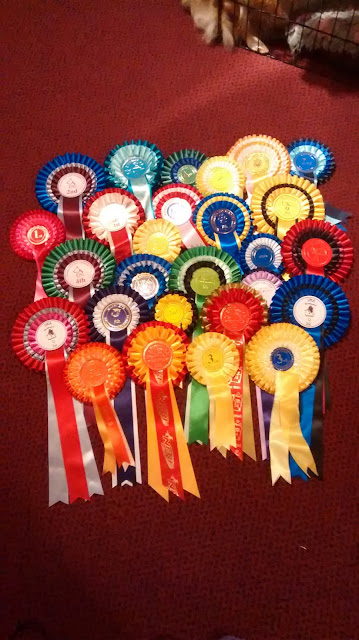 Brax and her collection (she did very few shows!) 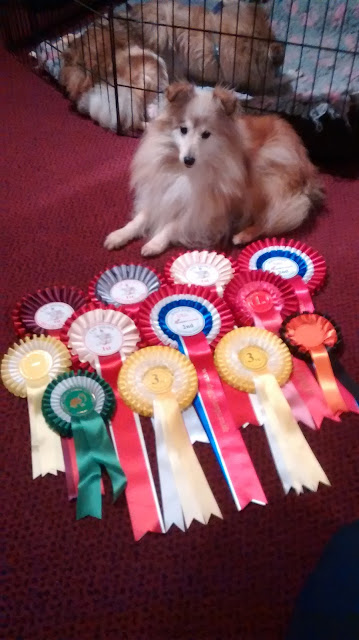 Sparkles first year of competing-mostly agility but a couple of Rally and showing show ones in there too :-) The first place in Rally was probably her most amazing achievement!! 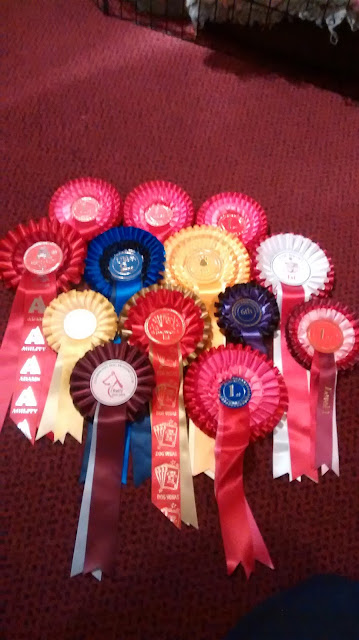 This little chap is called Dino and is Dolly's new little brother! He has come to stay with me a couple of times and is such a little dude. Nothing bothers him and he has a great attitude to learning stuff. Hoping he will do some agility in the future! 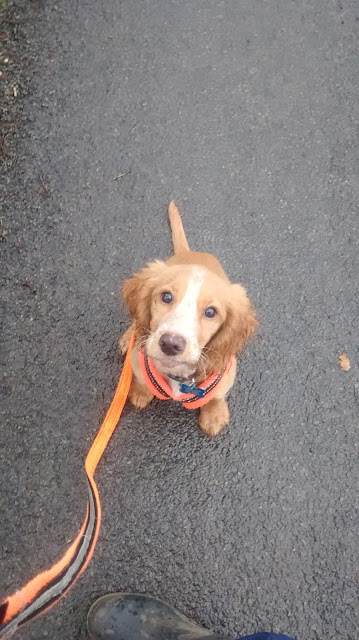 Brodie had a great time but got very muddy doing his agility lesson this week, unfortunately the day after his Auntie Jenni had groomed him beautifully!

Sparkle had the all clear from the physio which means she is back off her agility break-yippee!! I did a bit of wing wrap/tunnel discrimination today and she hasn't forgotten. I have a busy few days...Spark is going to a contacts and weaves workshop with Naarah Cuddy tomorrow, Brodie and Brax are doing a sheltie Rally workshop on Saturday and Sparkle has a Nicky Garrett workshop on Monday! Here is a clip of me working her and filming today so its not great quality.