Bridge House
Wow well Dolly spaniel obviously thought that Grade 3 was rubbish as she went and won into Grade 4 straight off! We went to Bridge House in Surrey and the classes were a decent size so I didn't think we would even place with some held contacts but she came 2nd in the 1-3 agility and won the graded 1-4 agility! Superstar girly :-) Sparkle did some lovely work and I gave her faults by patting her on her seesaw.

No videos but this is the course that Dolly won! 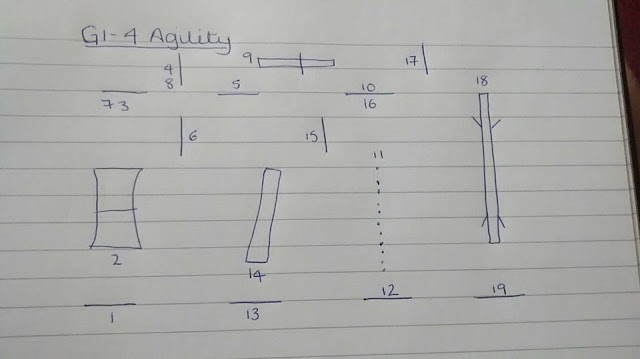 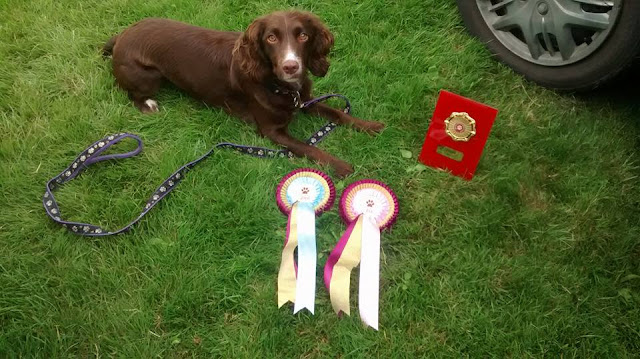 And this was Sparkles course. I managed a blind between the A frame and jump 3, her wing wraps on jump 7 and 9 were really tight and I managed to rear cross the weaves :-) I also got a blind in on 13 and sent her out to 18 so I was ahead on her dog walk which she did beautifully-it really all clicked and was a fab course! 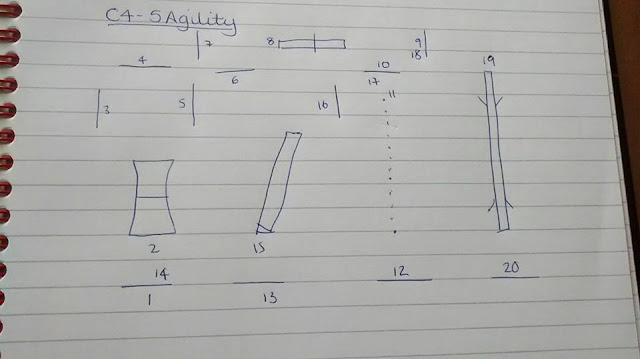 I took the medium crew to Letchworth for one day and two of them did very well! Sparkles first run involved flying off a seesaw (wooden one) at high speed and landing in a heap. Luckily Sally and her magic physio fingers were there and sure enough she was sore in her shoulders :-( Dolly did a lovely run in her first agility but self released on the A frame so got put back on. I have decided to teach her a running A frame over winter as I think it will be more fun and motivating for both of us! Her next agility run was better but she got marked a refusal but still ended up fastest 5 faults and 6th in a huge class-clever spanner! She was 8th and just out of the placing in the jumping. Mr Toad got eliminated in jumping but I didn't walk the course! He ran well in the agility and ended up 4th on a fast blasty course-not bad out of 70 odd dogs!! 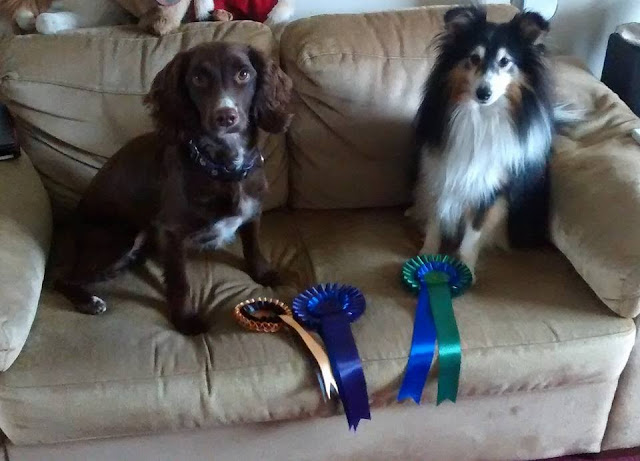 This is Brodies agility run