Where did summer go?!

It has been such a wet week-having to dash out for walks between showers and sometimes failing! I managed a dry walk with my two where I could actually take some pictures and the bonus was that we had all the fields to ourselves!

I love this picture of Toad and Sparkle-she looks so goofy and he is so cute :-) 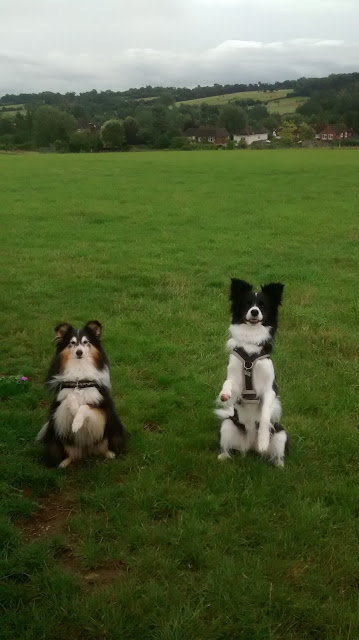 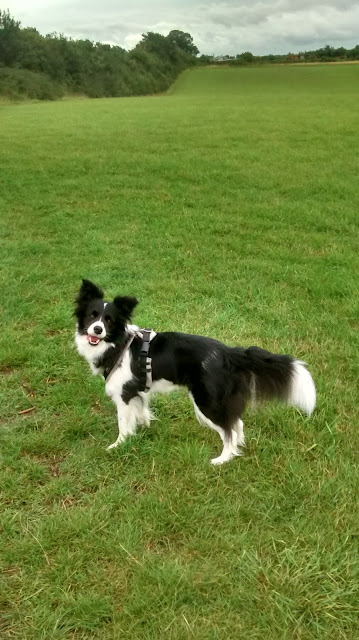 Toad was getting bored of having his photo taken! 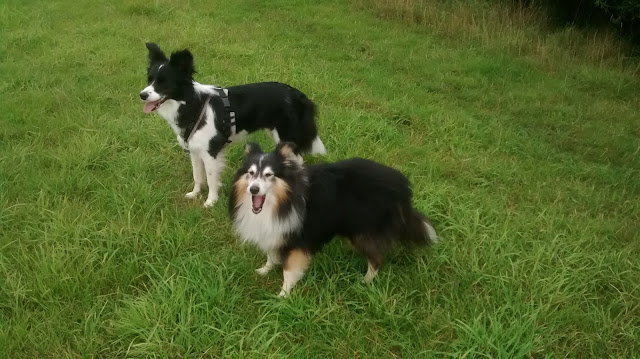 Brodie and Bracken waiting for dinner 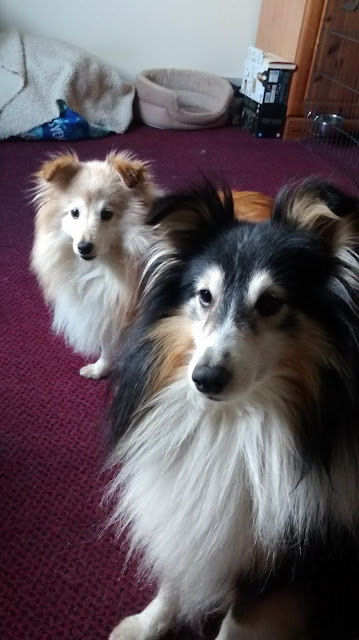 Brooke is doing well, the physio is happy with her progress so she has to go back to the vets in the next couple of weeks as her three months rest is up. She has been doing her wobble cushion work very well and it is the highlight of her day! 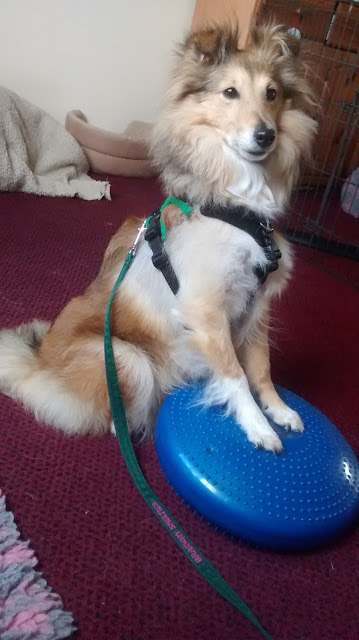 I am still taking her out and about to watch the world go by, this time Bracken joined us for coffee on the common! 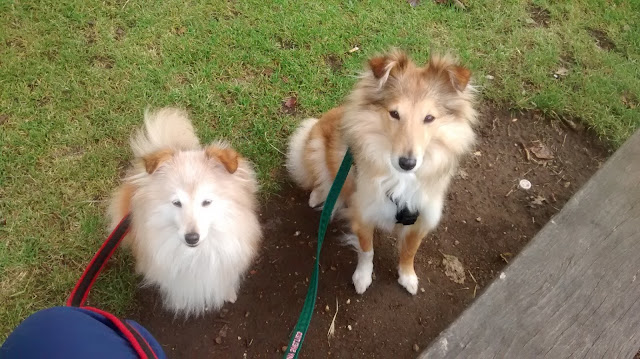 And Brooke just LOVES being a pub dog!! 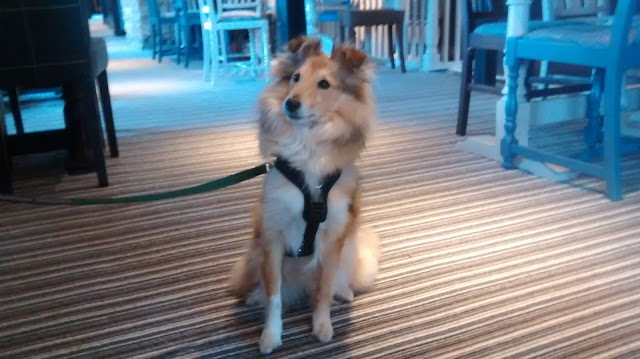 I have Dolly staying on a sleepover tonight as we are off to a party tomorrow-she does make herself at home! It is her first show as a proper Grade 3 dog-can't wait! 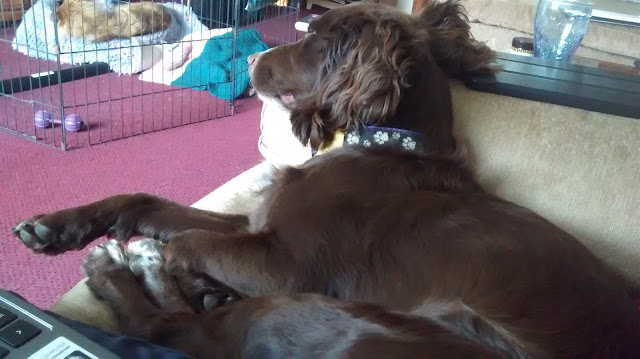 I took these at lunchtime today-so funny :-D 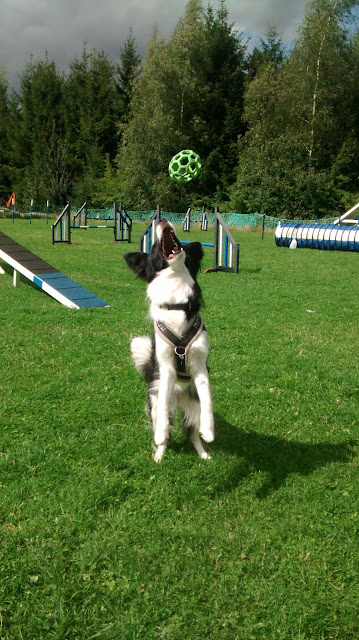 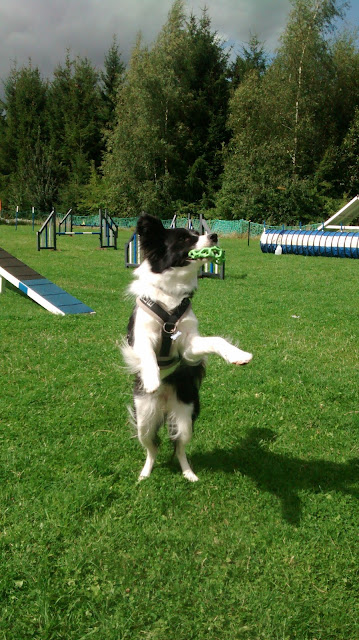 I went to Adams show last weekend and Sparkle was very clever winning a C4-7 jumping!! She had a fun day out popping up to the Flyball Champs up the road and meeting her breeder, Grandpa Viggo, and brother Bertie. Brodie was hilarious and was shouting his head off at the dogs running. I also now have a few people wanting Sparkle babies if we were ever to breed from her! I tried the Beginners Steeplechase qualifier with her at HADS and she had two poles but the fastest time. She went so fast that she broke the new e-gility system as the guy who invented it came over to tell me she had logged an 'impossible' time! She is finally getting to training speed in the ring which is making my timing easier. 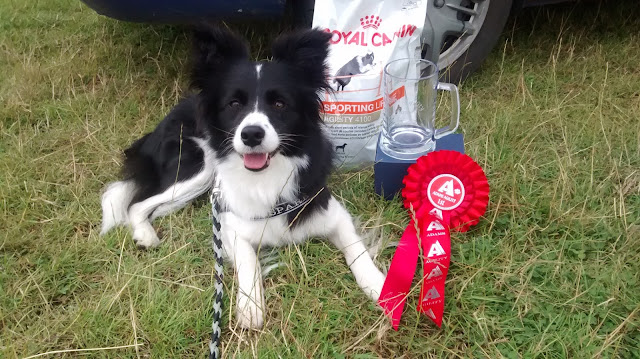