Last party of the show season and a rant about a stupid rule!

We had a very busy weekend doing shows on Friday, Saturday and Sunday. We went to Adams on Friday pretty much for the sole reason of getting Dolly out to a show that has 4 combined classes! Annoyingly most of the other shows only have one combined class-no wonder dogs win up a bit too easily sometimes particularly in small and medium with the smaller class sizes. I was very pleased with Dolly as she isn't mine so has to compete in combined 1-3 or 1-4 classes as her owner is Grade 1. Its a stupid KC rule really as if she was mine she would now be G4 by virtue of having won a C1-4 agility (she also came 2nd in a C1-4 jumping!) Unfortunately she moves up to G2 so we have to go through beating much higher grade dogs again before she gets to G3 and can enter graded classes. It seems that this particular rule is a bit silly as its like you are being handicapped for running someone elses dog-generally a dog that you don't train as much as your own either!! Anyway, we have done it now and she has come 2nd so many times I'm very pleased with the little choccy one! My little dude Brodie also won his C5-7 jumping class and it wasn't even twisty or tricky. He was on rocket fuel that day!! Here they are with their rosettes :-) 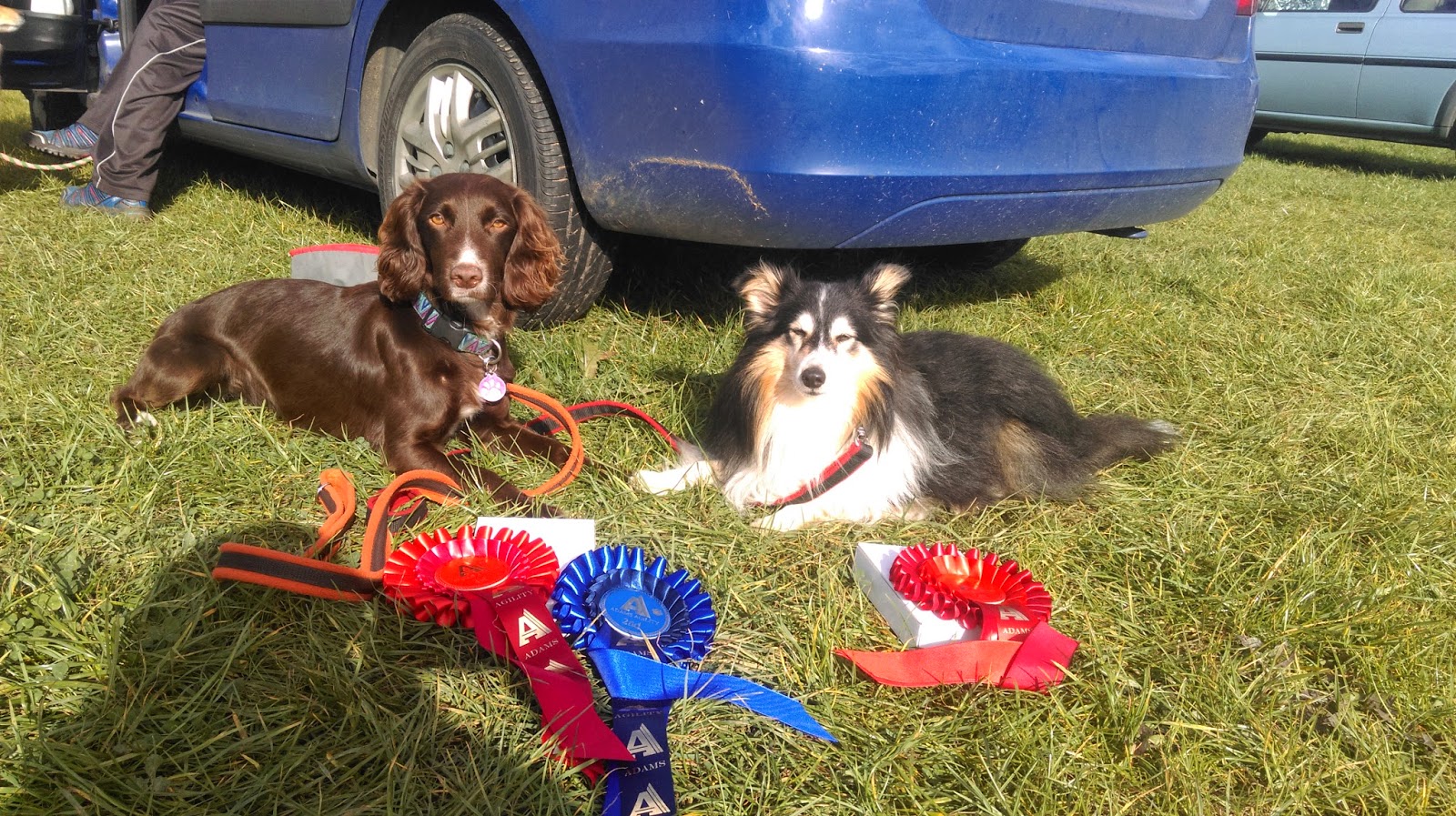 On Saturday and Sunday we went to Dog Vegas which was at a venue not too far from us. Bracken had a good couple of runs being just out of the placings in one jumping and coming 2nd in the other. We pulled her and Brodie from a jumping run on Sunday as the ring was just a bit slippy and poached up after quite a crazy storm on the Saturday afternoon. Brodie had three runs at DV, one slowish clear straight after the storm and two runs where I was in the wrong place at the wrong time! My goal for the weekend was to work on his stopped dog walk in a show environment and he did well with it, stopping nicely in both agility runs. This was my favourite run of the weekend with him-I just needed to move faster after the seesaw! None of the courses were what I'd call Brodie courses as they were generally very flowing and blasty but we both really enjoyed running them.

Brooke bean was a little star-she obviously decided that being a career girl was higher on her agenda that being a Mum just yet as she STILL hasn't come into season!! She loved her last weekend of being in Grade 6 and won two agility classes, 3rd in another  one and 2nd in a jumping class. Matt's favourite run from the weekend with her was her 3rd in C6-7 agility (only 0.6 seconds behind the winner-very tight times!) and she was really working nicely now her neck issue is resolved, better weaves and no poles at all. It was a fast course that let them just stretch out and run the majority of the time-just what Brooke loves!

Here is the last sofa picture of the season-sad! 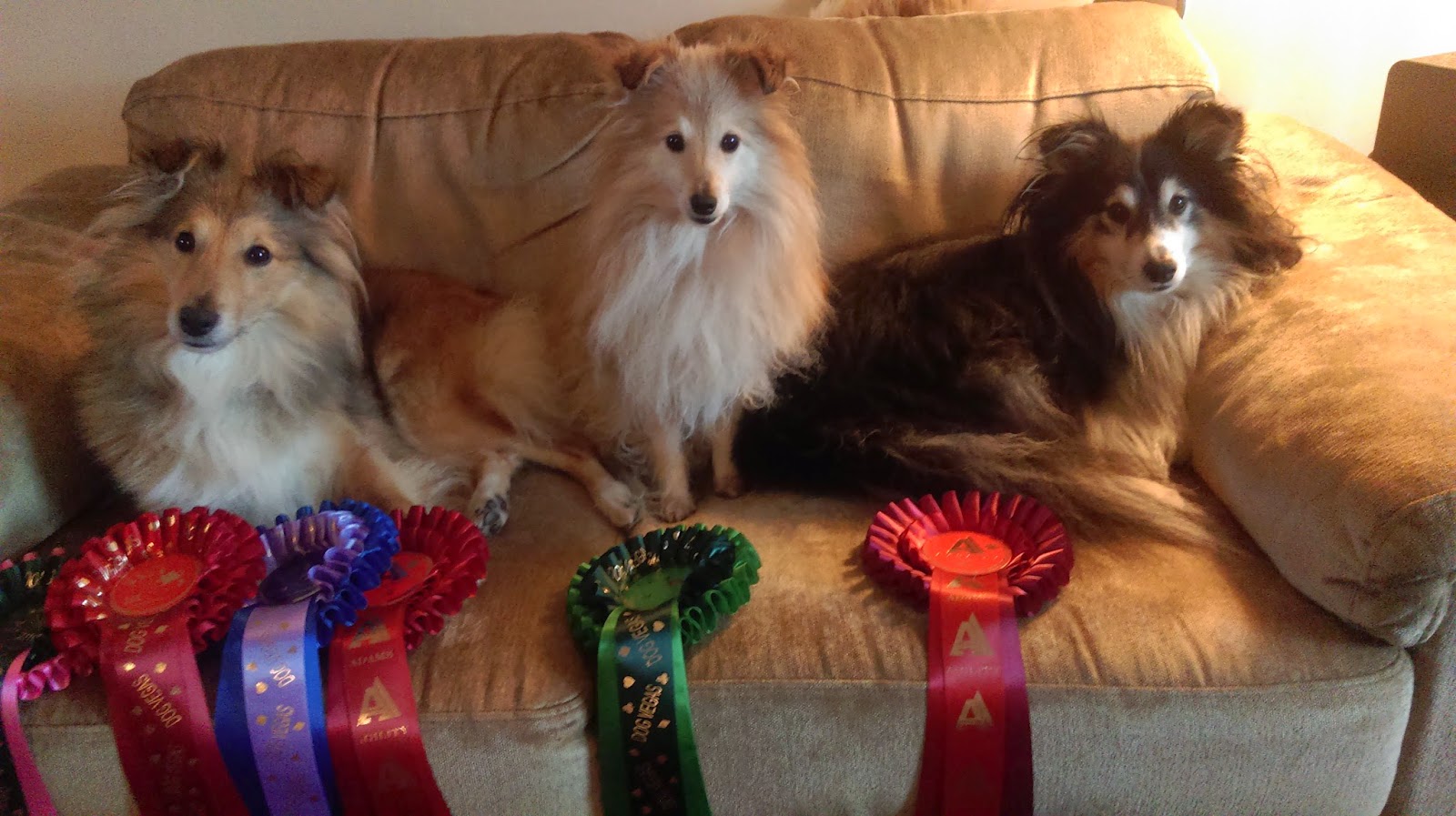 My Sparkler had three runs in total over two days at the weekend (still all jumping). She did some lovely work in all of her courses, got her weaves first time in two out of the three-including a rear cross into 12! She was eliminated in every course but we were working as a team much more effectively. Even managed a wait and a ketchker in the ring! Really looking forward to a winter of training contacts and getting her out in the ring next year :-) 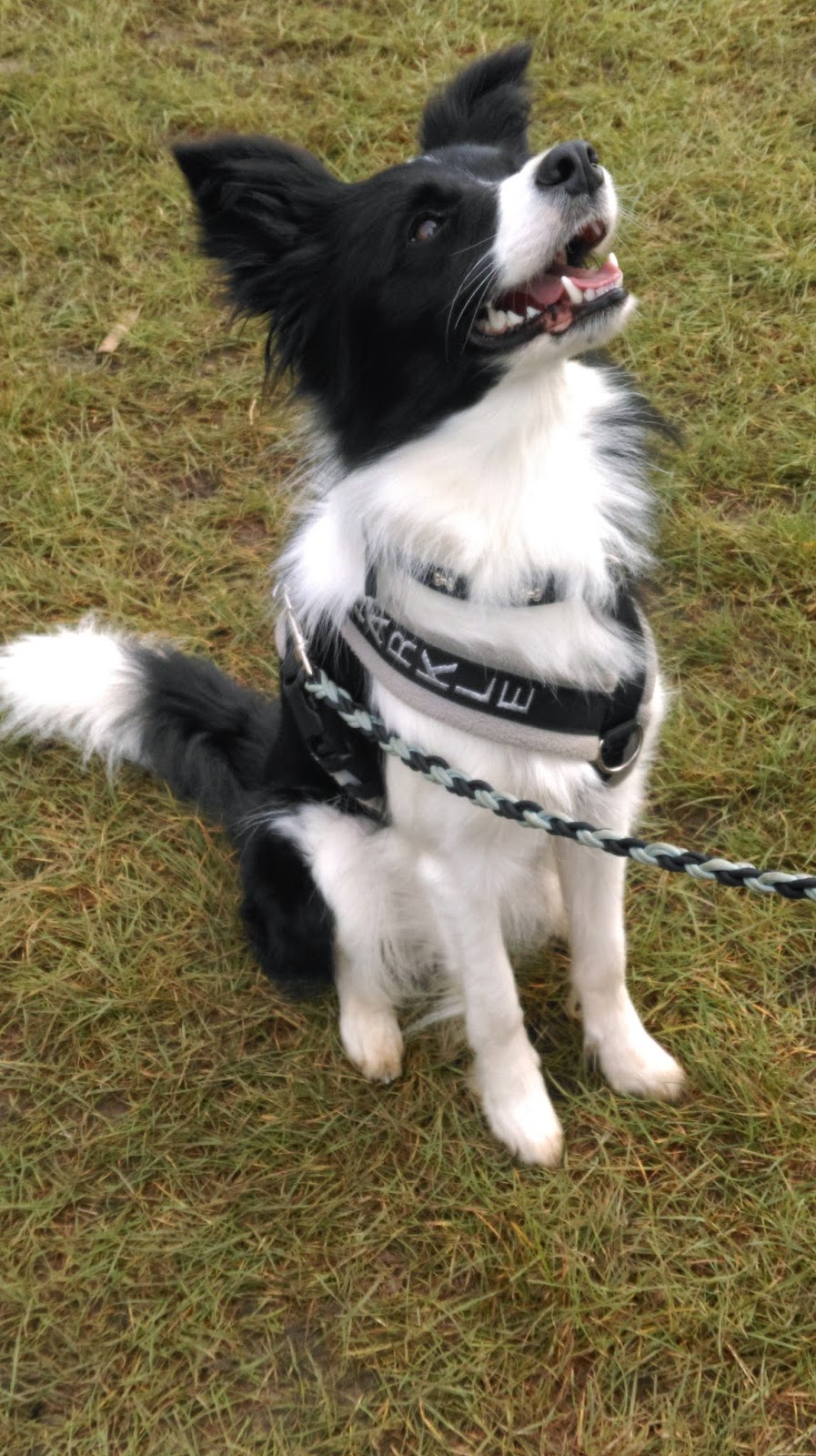 Must say a well done to all the J9-ers competing at the weekend. We might be a little club but we have some great dogs both competing and coming out-yes I'm a proud trainer! Jenni and Rommy got two Grade 6 wins so are now only needed one to go Grade 7. Chester beagle won a G7 jumping and Paul and Marias younger dog Willow is finishing her first season of competing in G4 but showing so much promise. Now to get on with some winter training before giving the dogs their agility break!