First champ show of the season and we had serious doubts about running when we turned up at the showground! Despite the show deciding the ground was fine when we got there is was pretty boggy in day parking and as we walked over to the champ ring our hearts sank as it was muddy where people had been walking the course. After watching a few people run and slip everywhere we decided football boots were the best option and actually it was ok with studs on. The dogs line was fine and I didn't see any of the dogs slip, only some that were very reluctant to run over the patch of mud by the tunnel! Spark and me got E'd because I totally lost connection with her and didn't work a jump but she did all the hard bits really well!! Brooke was amazing apart from forgetting how to weave, the rest was perfect! 😂 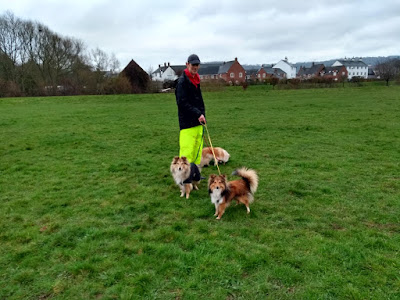 The agility course was lovely too, sadly I missed Brookes run as it clashed with Brodies steeplechase run. She was a good girly and only got marked 5f on the dw which meant she made it through to her first champ final! Spark ran lovely again and just one oopsie from me where I trusted her to take the dw a bit too much! Her contacts and weaves were great again tho, I quick released her seesaw and then tested her dog walk stop and she nailed it!

Brodie won the LHO steeplechase qualifier so he has a place in the finals in August! Not bad for an 11 year old, he loved all the tunnels! 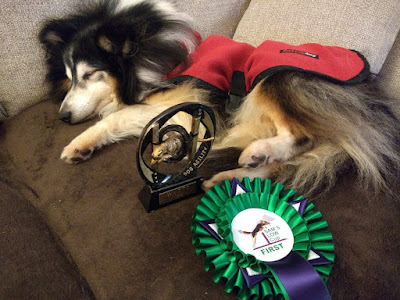 Brookes champ finals run was so good (and nerve wracking to watch!) She had some faults but ran nicely and we know that homework is weave entries, tunnel commitment and dog walks! So lovely to see her running at all given the last couple of years, she is one special girly! Nice that a sheltie won the ticket and Brookes little brother Tye won the reserve :-D

They were all shattered!! 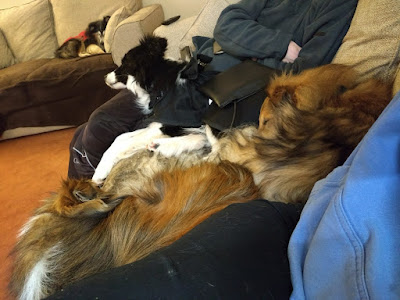