Crufts visit and some photos 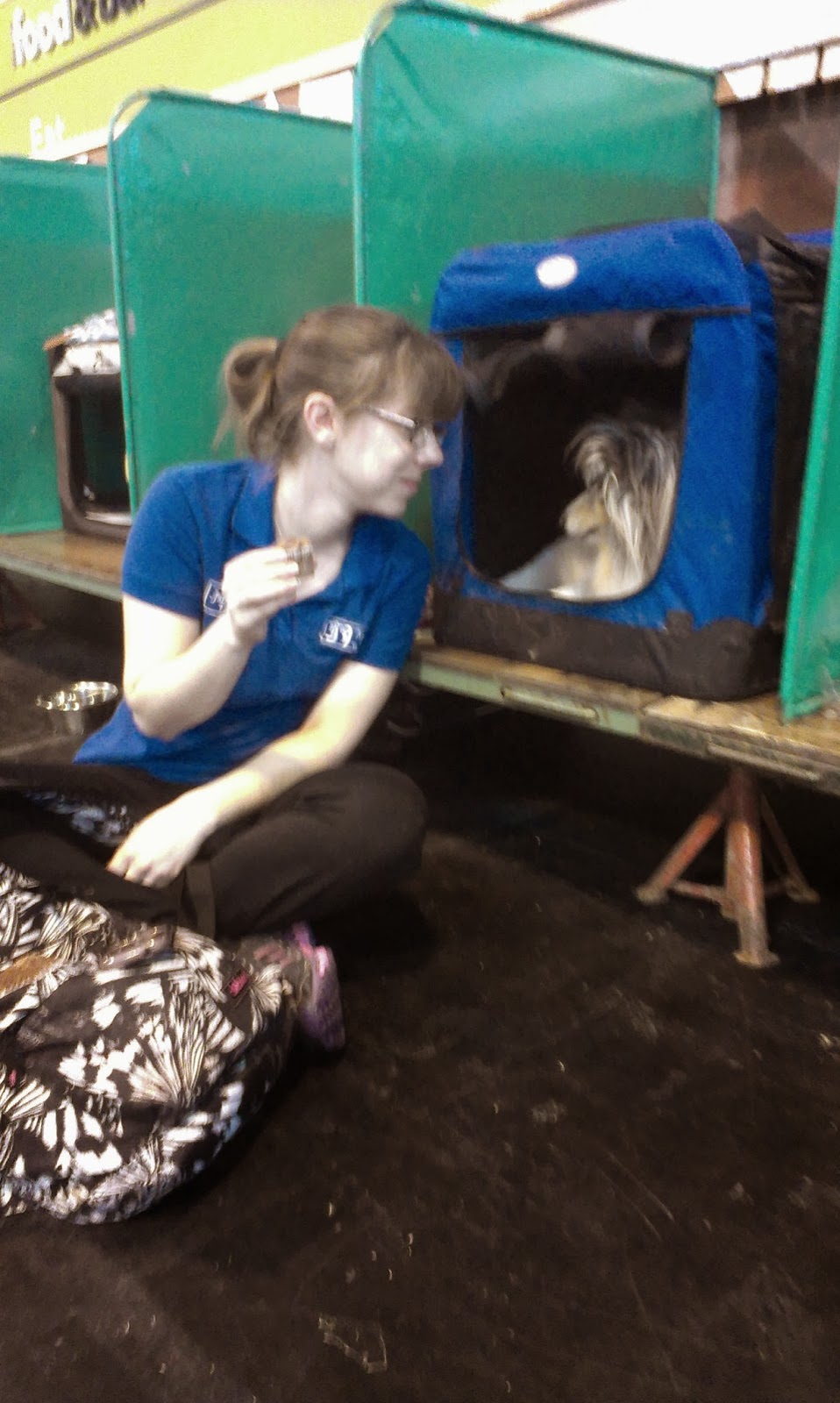 On Friday I went to Crufts with Jenni and Rommy as their groom as they had qualified in the YKC Senior Jumping. We had such a great time and for first time at Crufts they did so well-Rommy coped with the atmosphere like a pro. He was just wanting to say hi to everyone while we were walking round but the moment he was in the ring he was so focused and worked really well. Unfortunately they had 5 faults on the weaves as they had duct taped them to the floor with half a roll of duct tape that was everywhere!! The big dogs could avoid it but most of the mediums came out of the weaves. You would expect better from a show like Crufts really!! Anyway, the rest of Rommy's run was lovely and I'm sure they will be back there next year :) 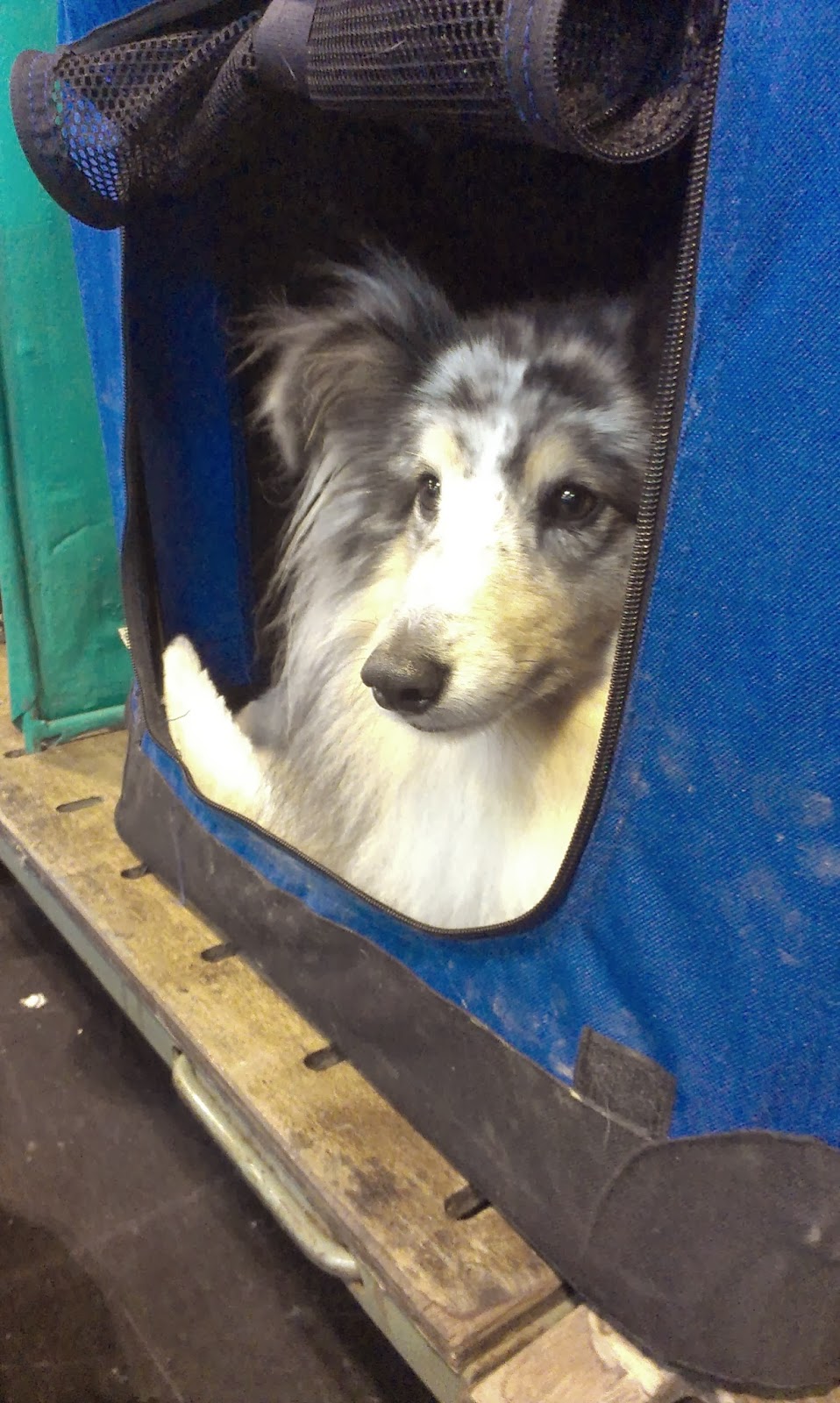 Our shelties haven't had quite such an exciting time! We went round to Matt's mums and being tennis mad, it started the inevitable ball wars with the youngest two! Its great as they amuse themselves very nicely at Granny's house! Here are a few random pics I took on my phone...

Aren't these two going to have the cutest babies?! 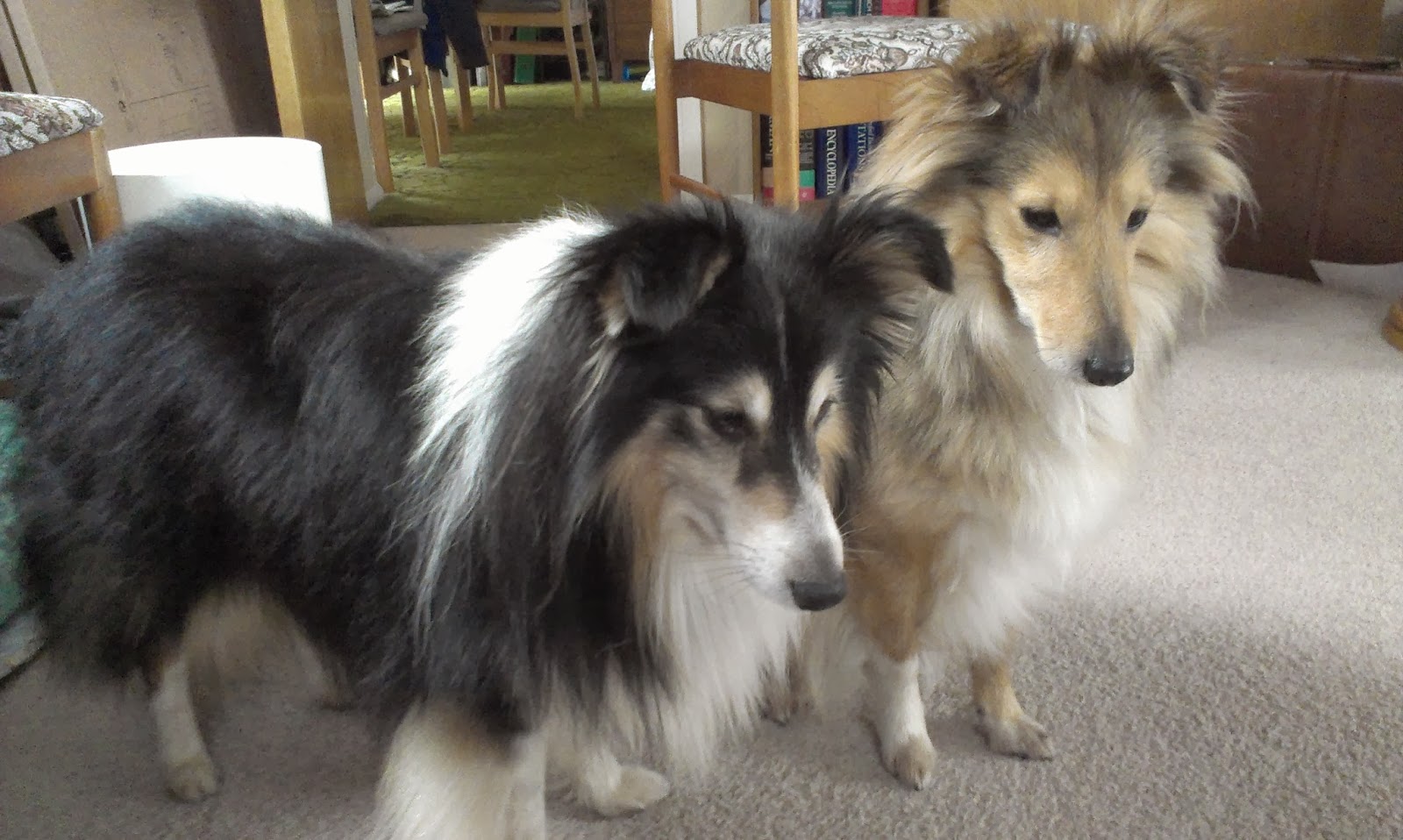 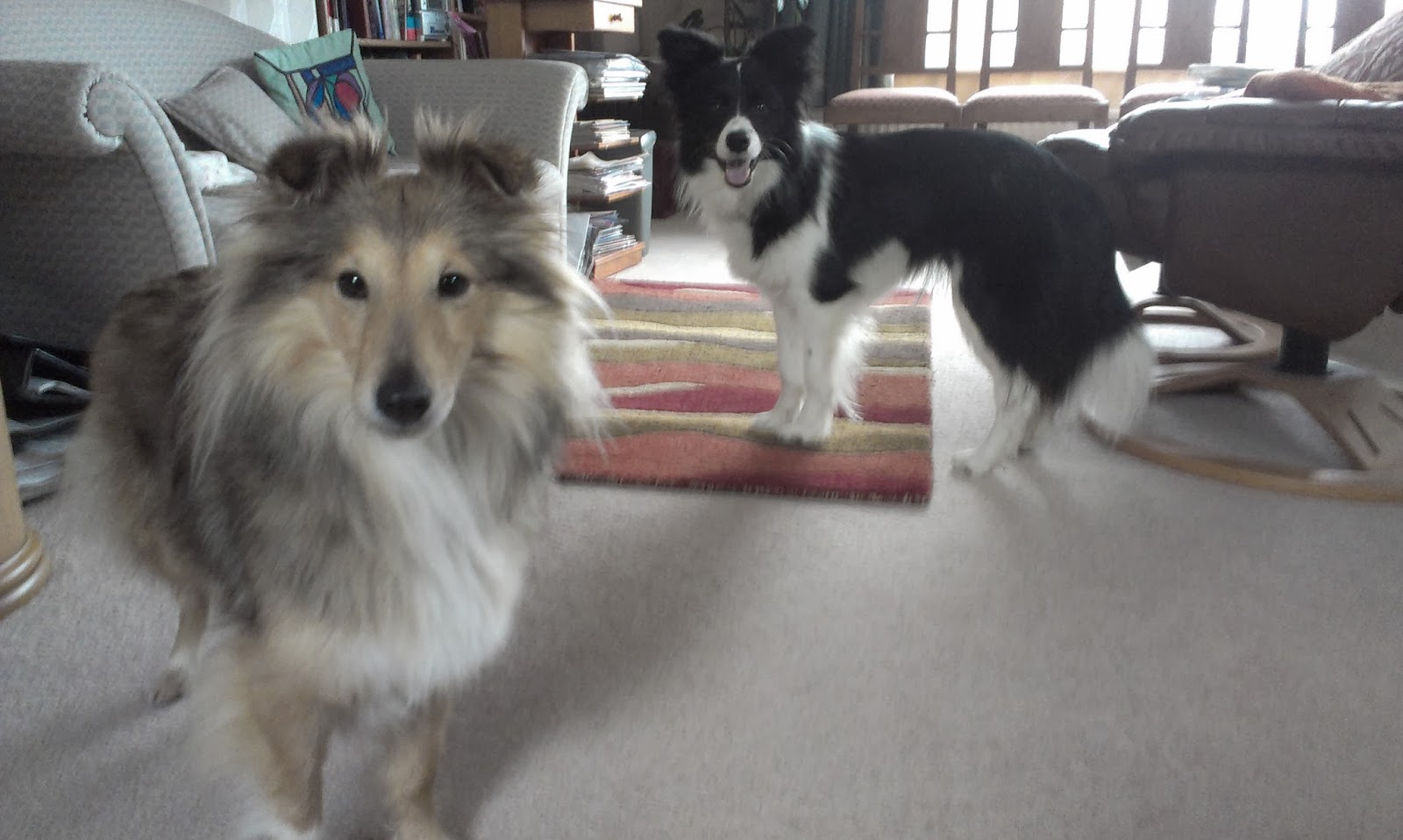 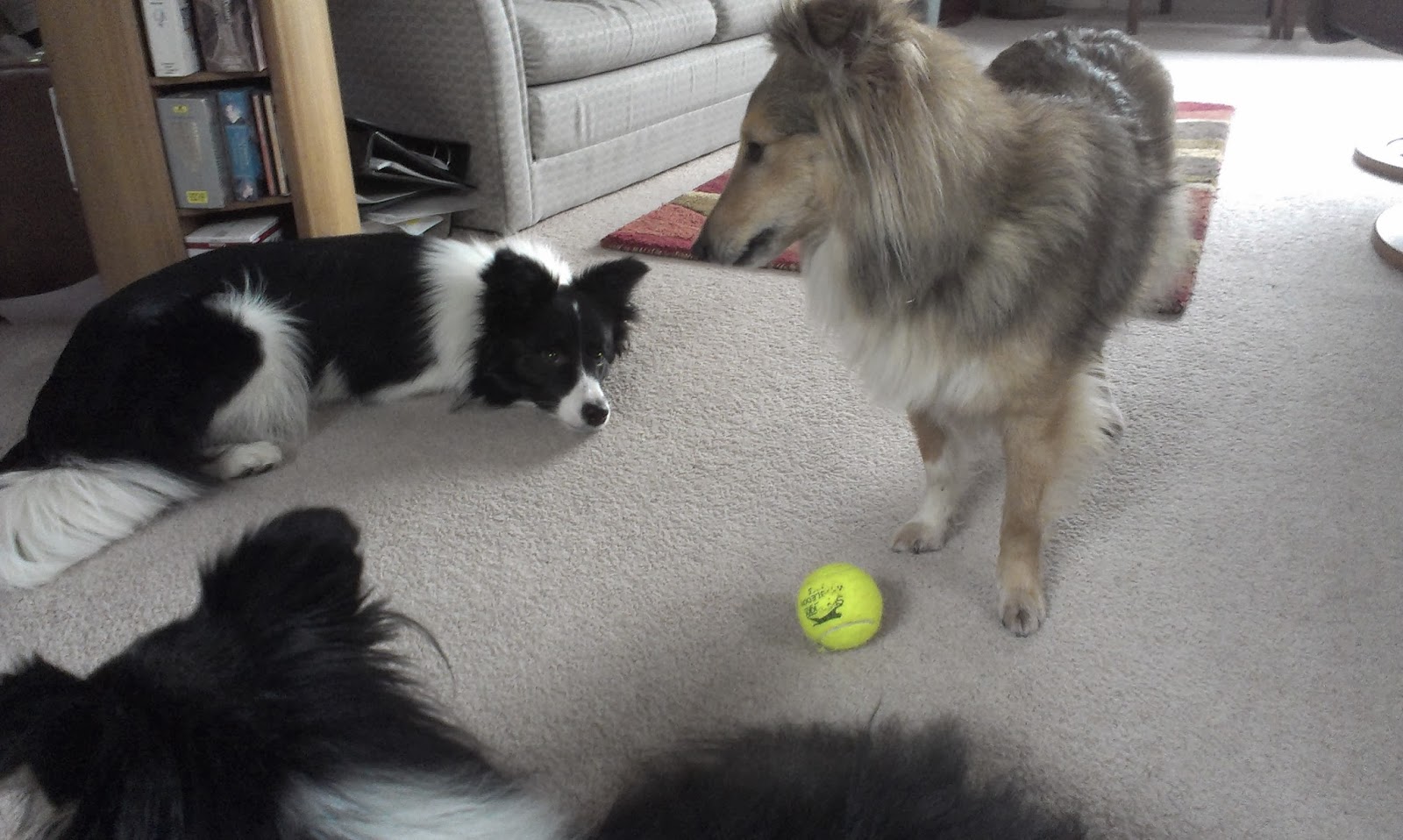 This photo was taken before me and Sparkle got seriously rained on! This sums up Sparkle perfectly! Brodie and Brooke just back from a walk, posing as usual :) 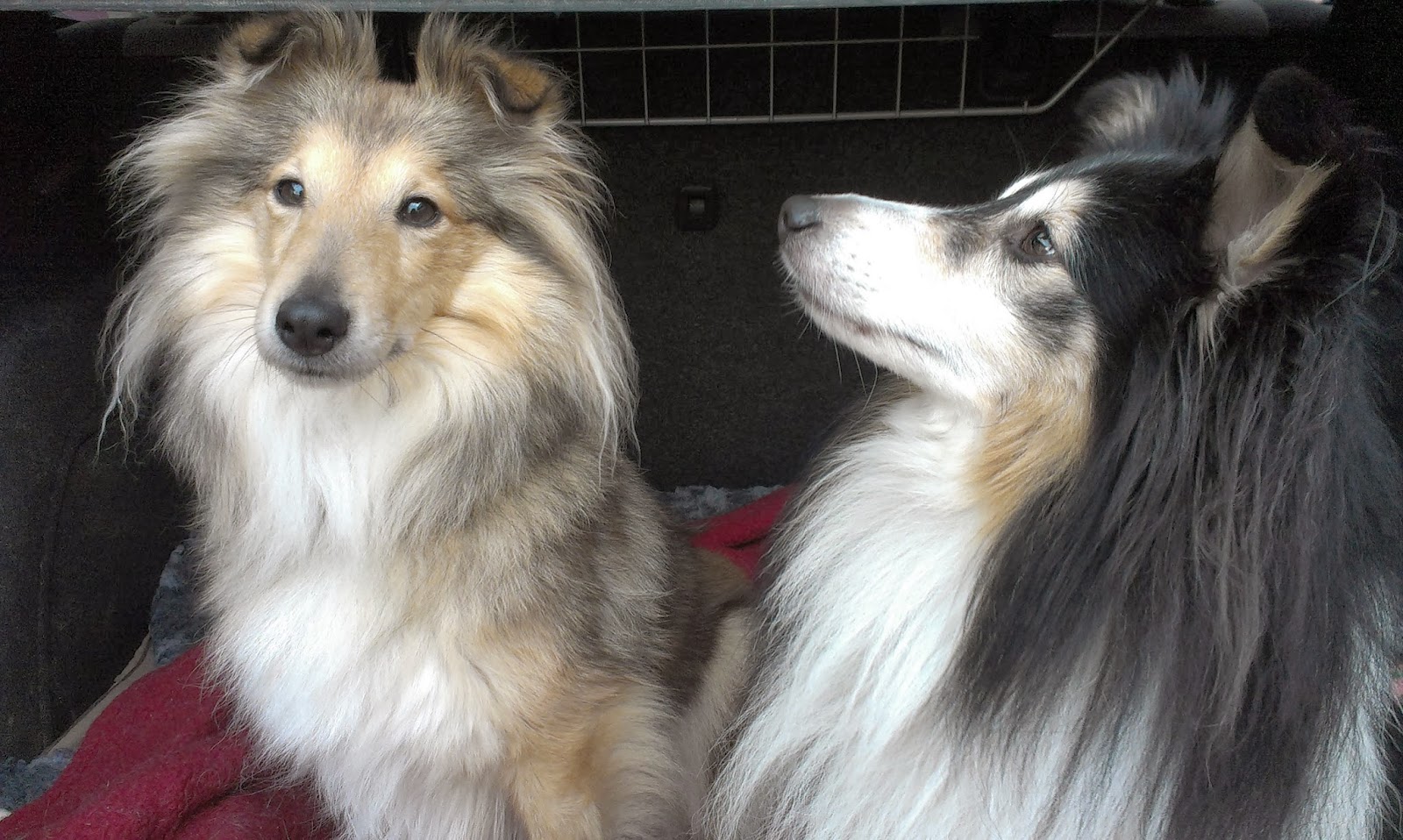 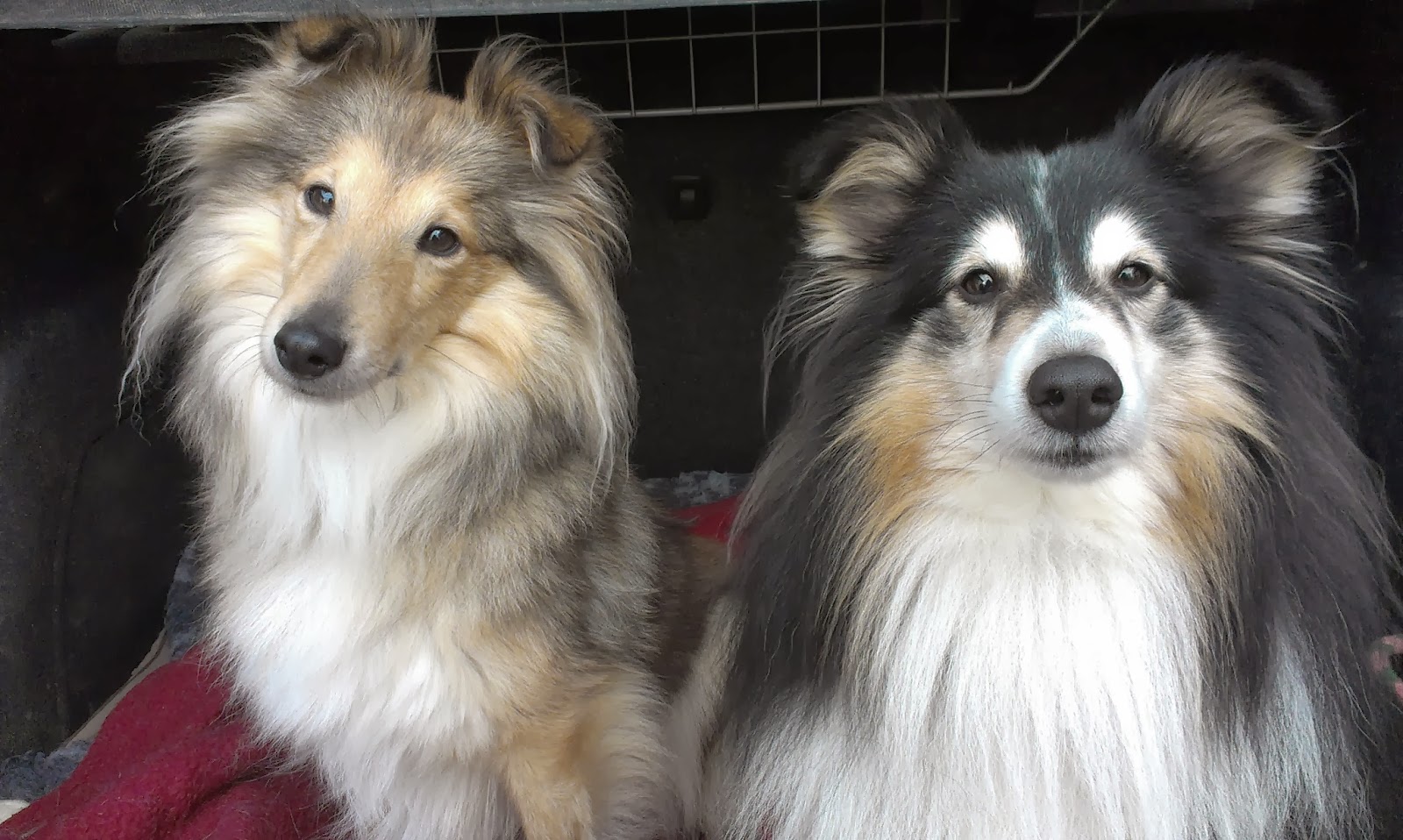 Sparkle and Brax out this morning coming back from the (Dry!) fields 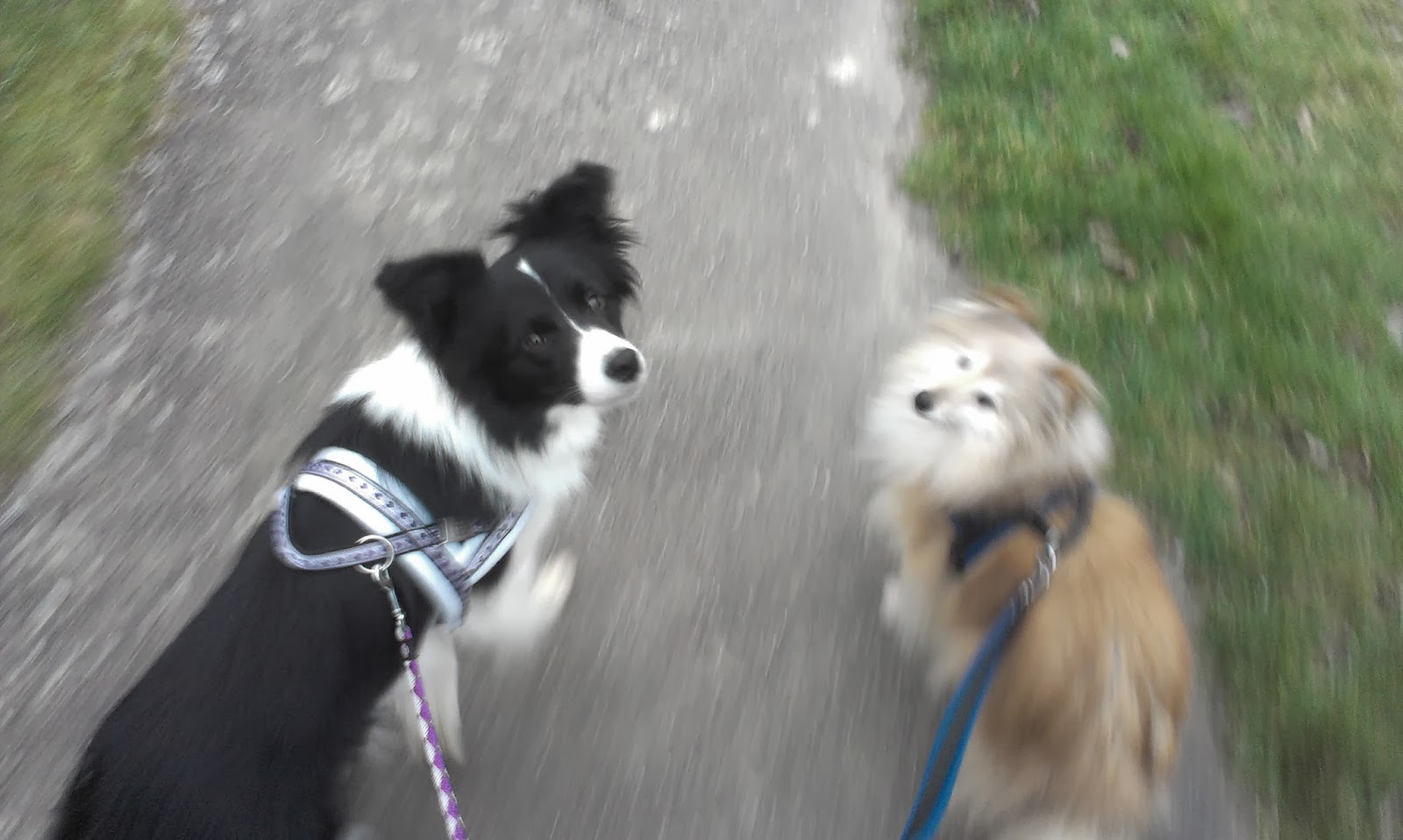 We went to the Dog Barn at the weekend and met up with Lian and Roz to do some training. It was great fun to set up an IFCS course and run it. The youngsters had a go on bits of it as well. Here is little Brax and Matt running it :)