Today is the 75th Anniversary of VE Day! There was a minutes silence at 11am to remember the brave people who gave their lives in the war and lots of the houses have been decorated with flags and bunting! It was a happy sociable day during such a strange antisocial time. When we did our afternoon walk so many people were sitting having picnics on their driveways and there was music playing all over the village 😍 I tried to get a quick video while we walked!

Brodie decided to dust off his GB harness and get dressed appropriately for the occasion, we even found a big flag! 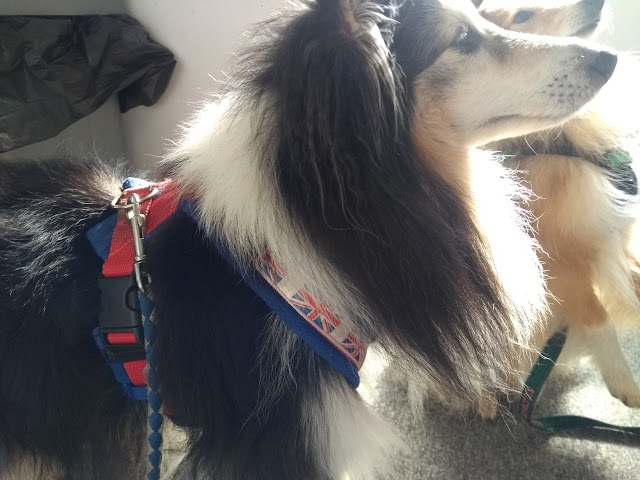 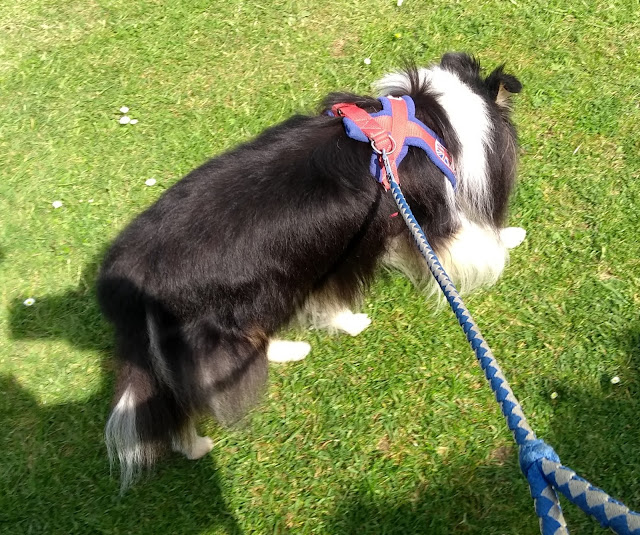 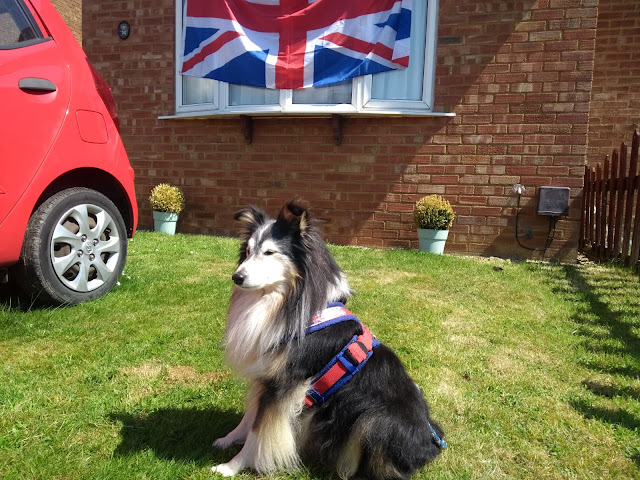 We have had a nice lazy day, played some games in the garden including the cooking game (Matt won!) Its been really hot today so we did a lot of mooching around! Here are a few photos of the dogs in the garden, I got nearly all of them in a stacked position which is unusual. 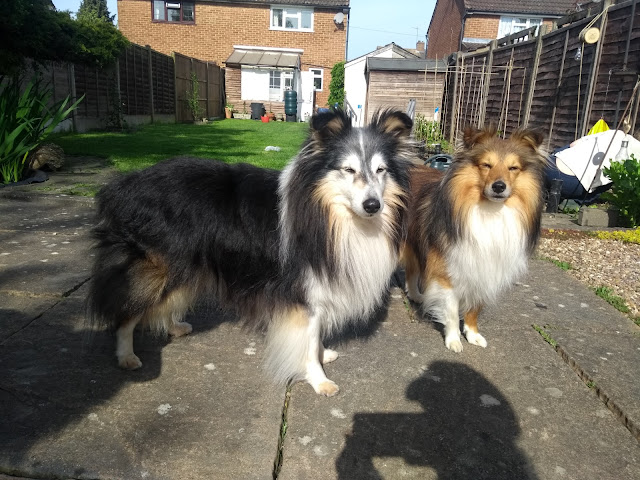 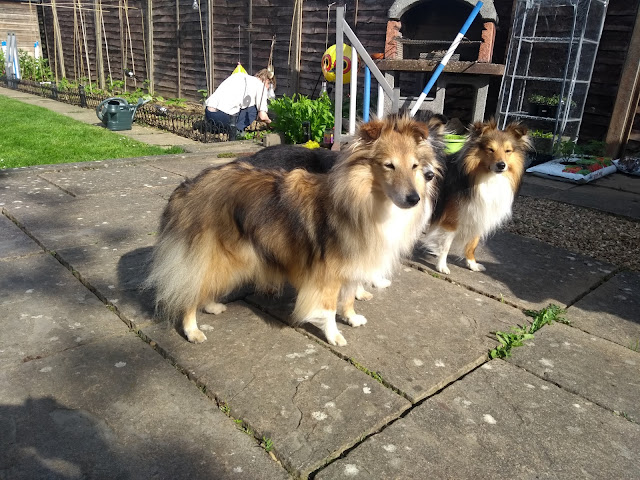 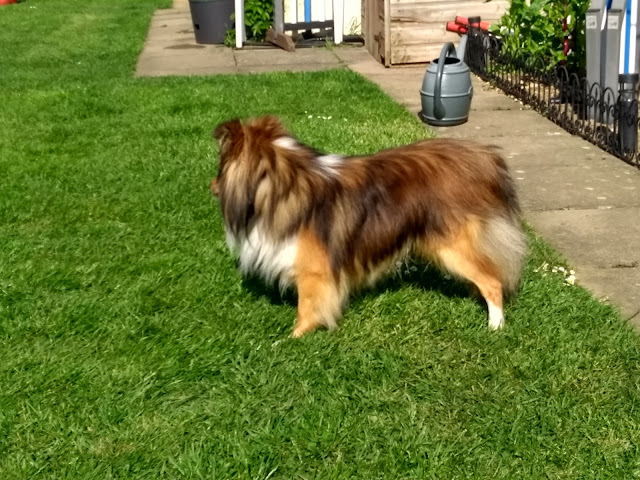 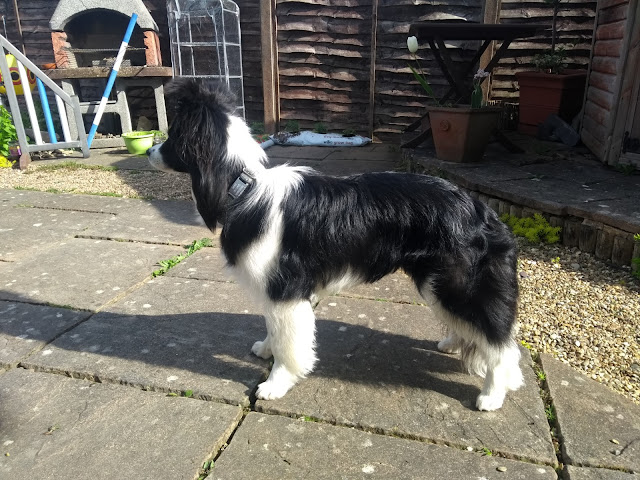 And some cute ones!! 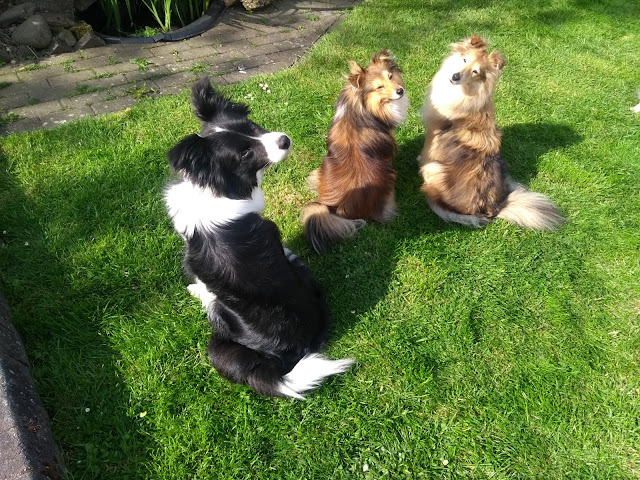 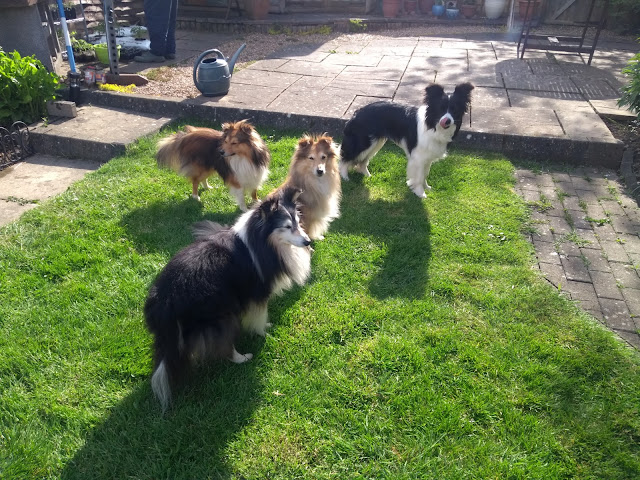 We really enjoyed the Virtual Pub Quiz again last night, it was really hard! My Mum and Amy play along as well and its nice that even though we are so far apart for that time on a Thursday we are all bending our brains over the same questions! 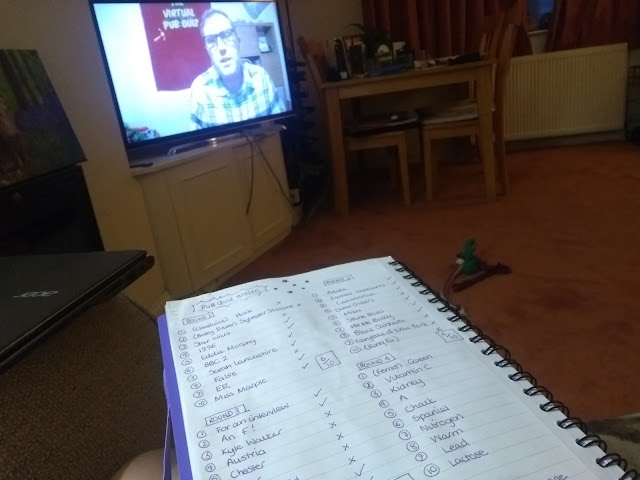