I tried my hand at some scentwork with the ginger pair today! Brooke bean has done it before and I was trying to improve her indication which is a nose touch with duration. Bru has only started working on his nose touch so there is a clip at the end of him before my phone died. With both of them I'm trying to stop them using their paws as well as their noses so sometimes I hold off rewarding them until they put their pesky feet on the floor!!

After doing some more weeding (definitely seems never ending!) I went upstairs to do pop master with Matt while we had a cuppa, lets just say we weren't on form today!! Brooke found herself a bit of sun...part cat part sheltie! 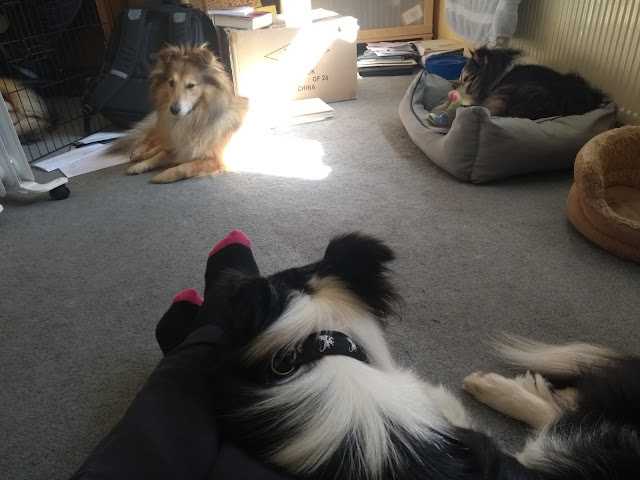 I filmed Matt doing some one jump work with Bru at lunchtime so I can edit a video for my Facebook agility group, he was so tired that he got on my lap as soon as I sat down. It looks like I've been sitting around all day but I promise I haven't been!! 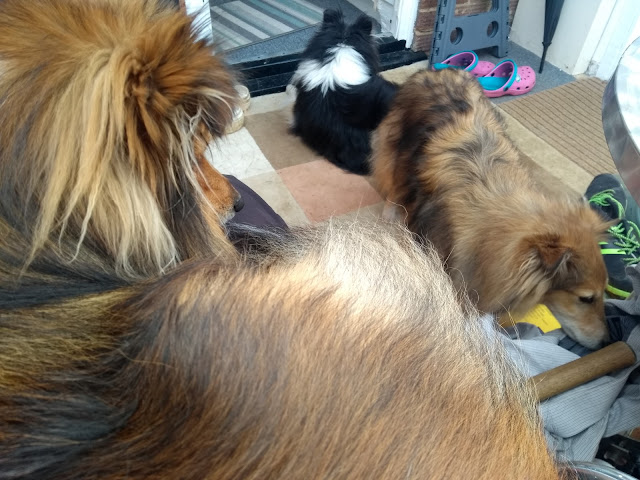 Currently the kitchen smells lovely as I have been baking mini egg cookie tray bake! I hope it tastes as good as it smells 😁 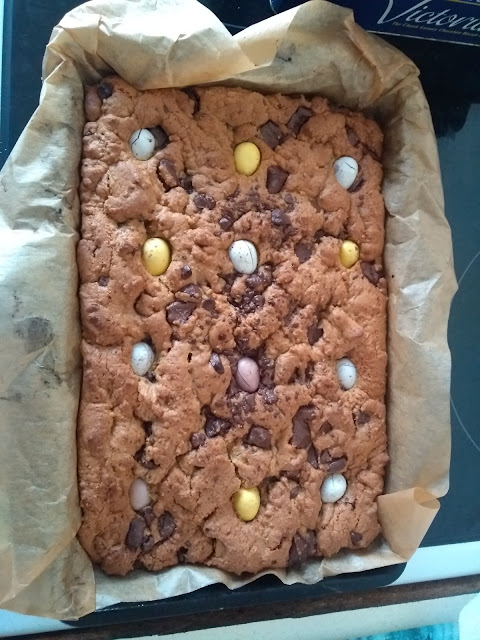