We have done our first show of the year and its nice to get back round the rings seeing everyone again! Before I get onto show news, the doglets have had a busy week. Brax and Brooke had their hair done by their Auntie Jenni-this is little Brax after her bath and tidy up. She looks so much better for a trim! I know its not the done thing with shelties but I asked Jenni to take her belly hair shorter (bits of it were on the ground!) and neaten up her ears and leg hair. I think she looks amazing-thanks Jenni!! 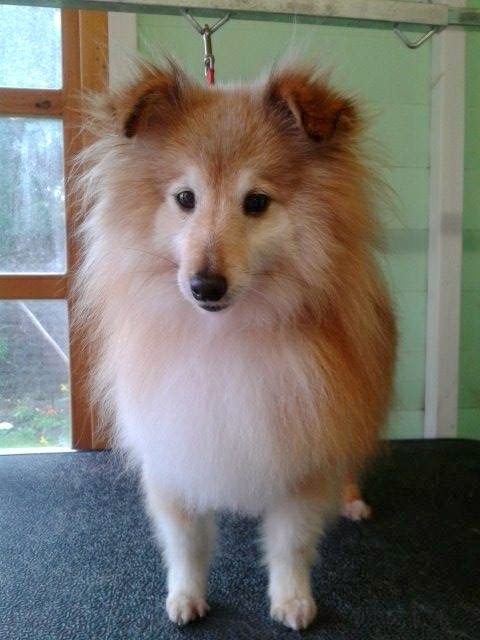 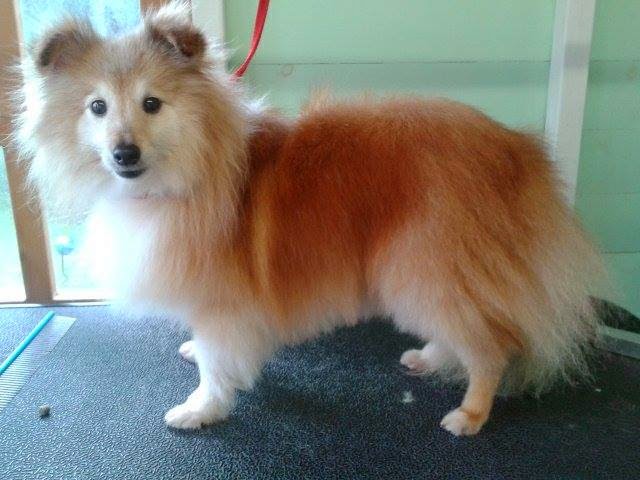 Brax getting special treatment at Matts Mums yesterday-she gets away with anything cos she is cute! 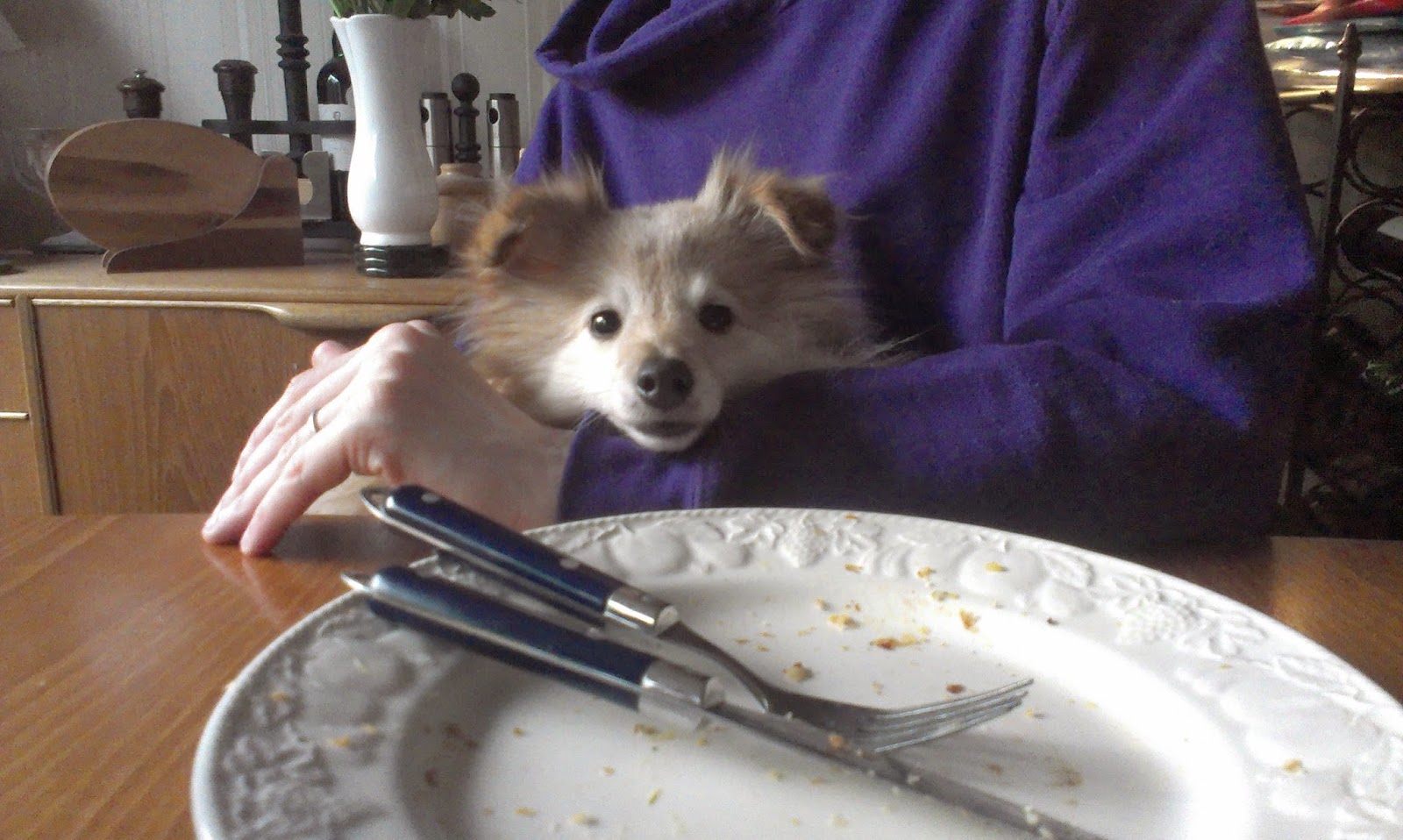 Brooke had a bath at Jennis as well and looks very shiny and smart too-its been nice weather this week so they have had lots of chill out time running round the field. 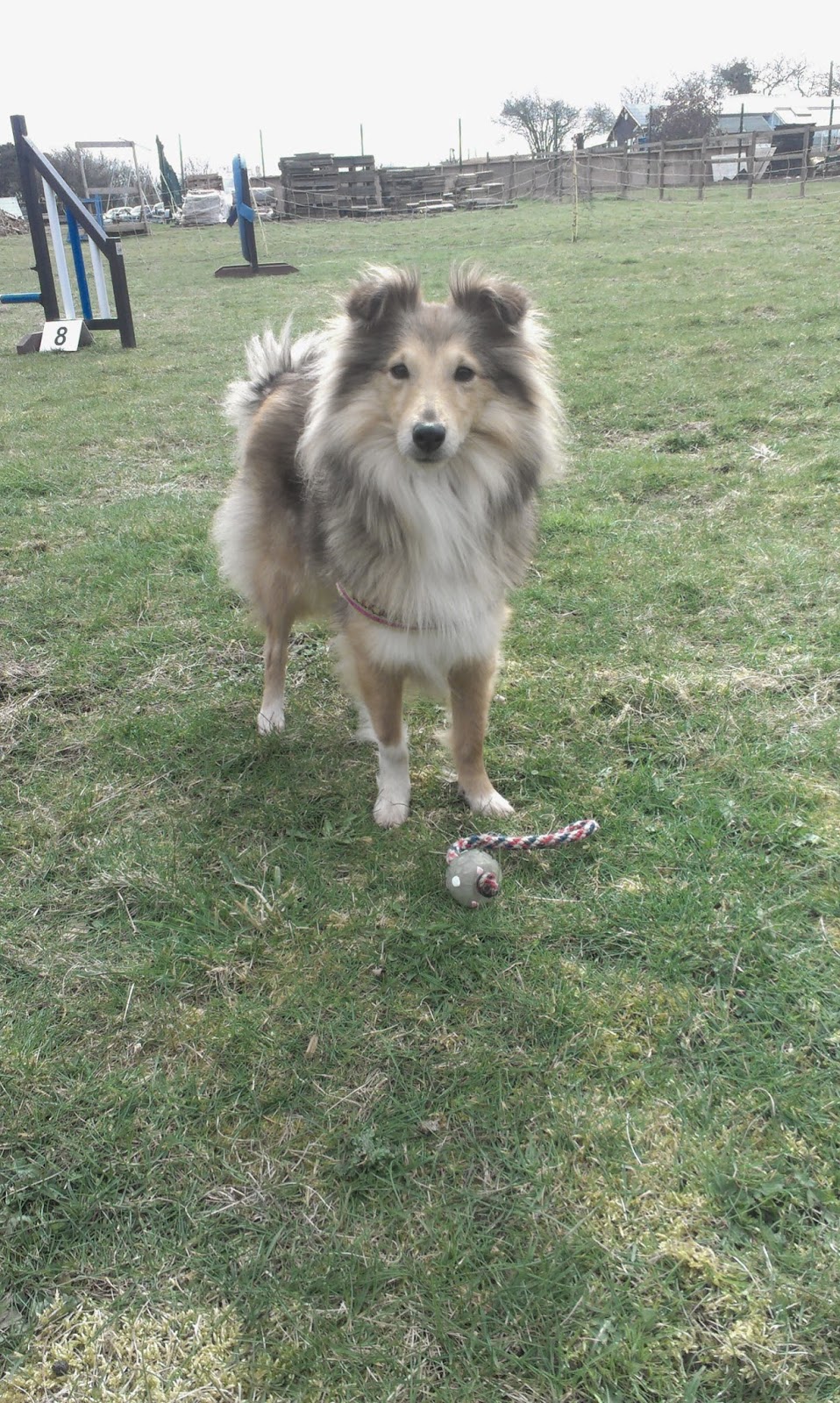 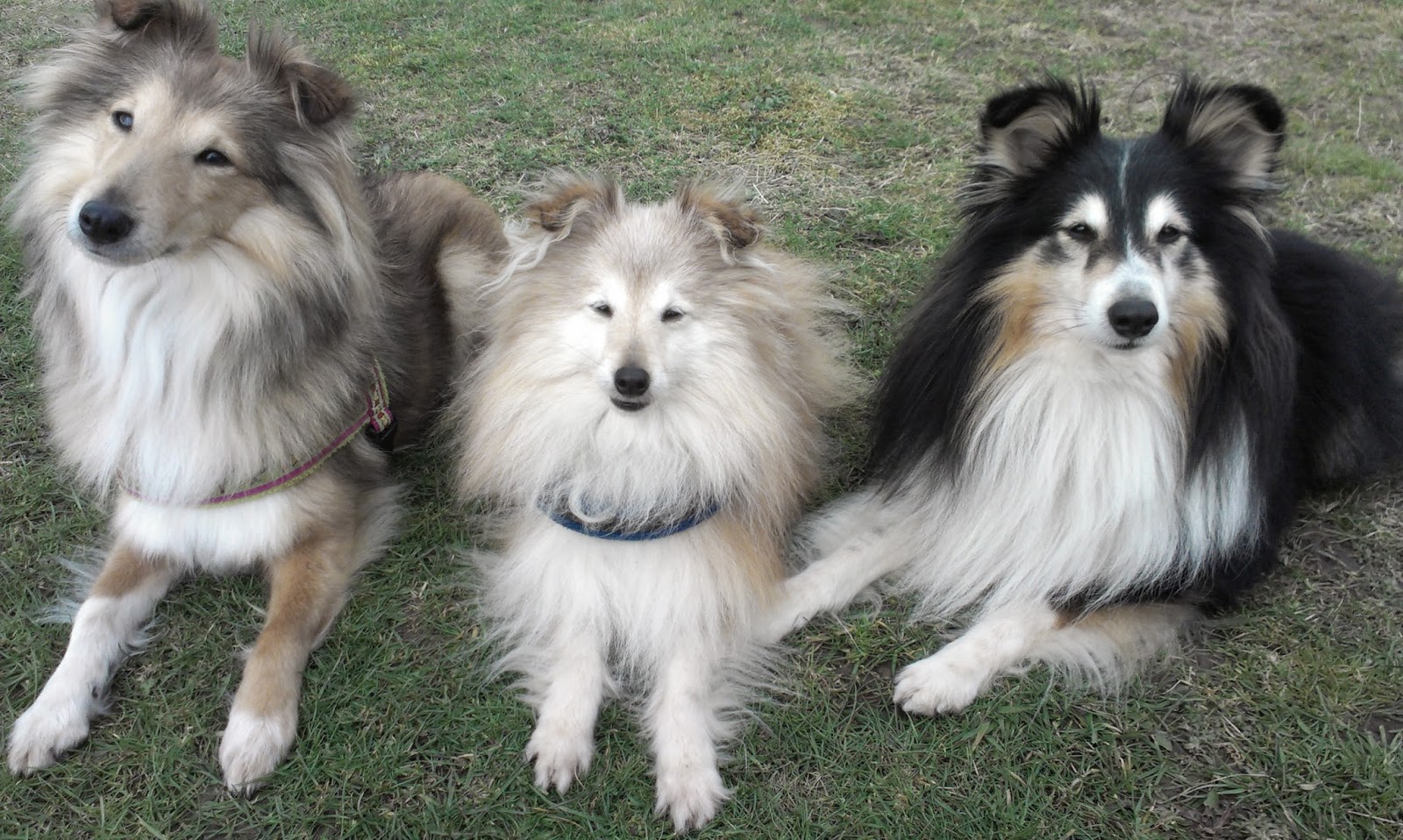 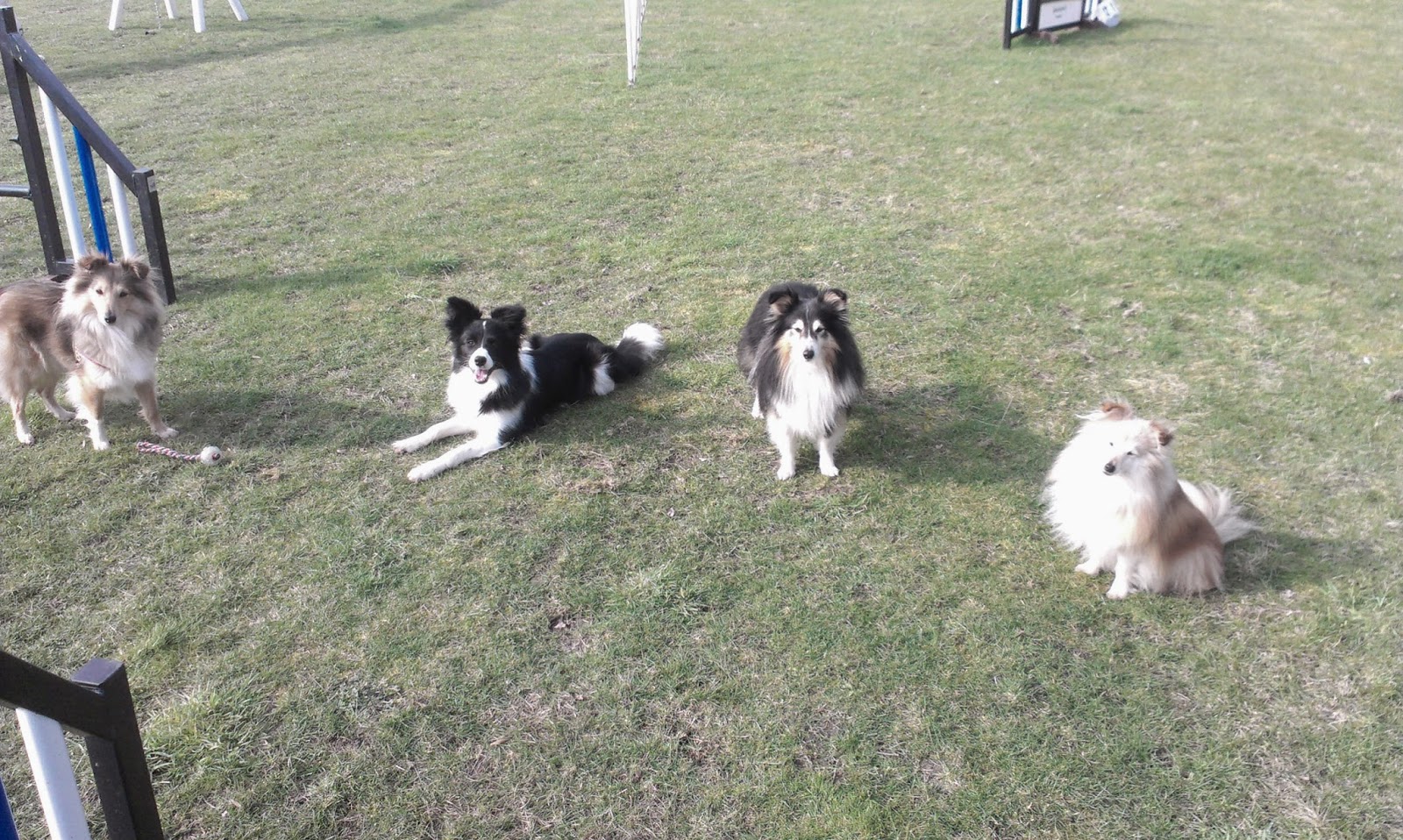 So we went to our first show of the year on Saturday which was extra exciting as a couple of fellow J9-ers were competing as well. I was very proud of Willow beagle, her first time in the ring and she worked beautifully, she could have won the Beginners Steeplechase but her Dad sensibly took the wrong line! Jenni and Rommy did some brilliant nfc contact work and came 2nd in his steeplechase :)

Our guys did really well too. Brax came 3rd in champ power and speed and it was nice as Matt could take his time making sure she got her contacts before blasting round the jumping section. Brax did a lovely nfc round in champ agility and so did Brooke. Unfortunately Brookes only competitive run (we only did two runs with each dog) was power and speed and a small child ran at the (netted luckily!) ring fence right next to the weaves so she came out to investigate. Dolly did some lovely contacts after being E'd at the start for going up the A frame instead of into the weaves and clever little spaniel won her steeplechase class! Brodie was a very excited boy and did a stonking run in the agility but got a refusal for hesitating before the tunnel (I was in the wrong place!) but still managed to win bless him! He also came 2nd in his steeplechase class so good, positive runs with all of them :D 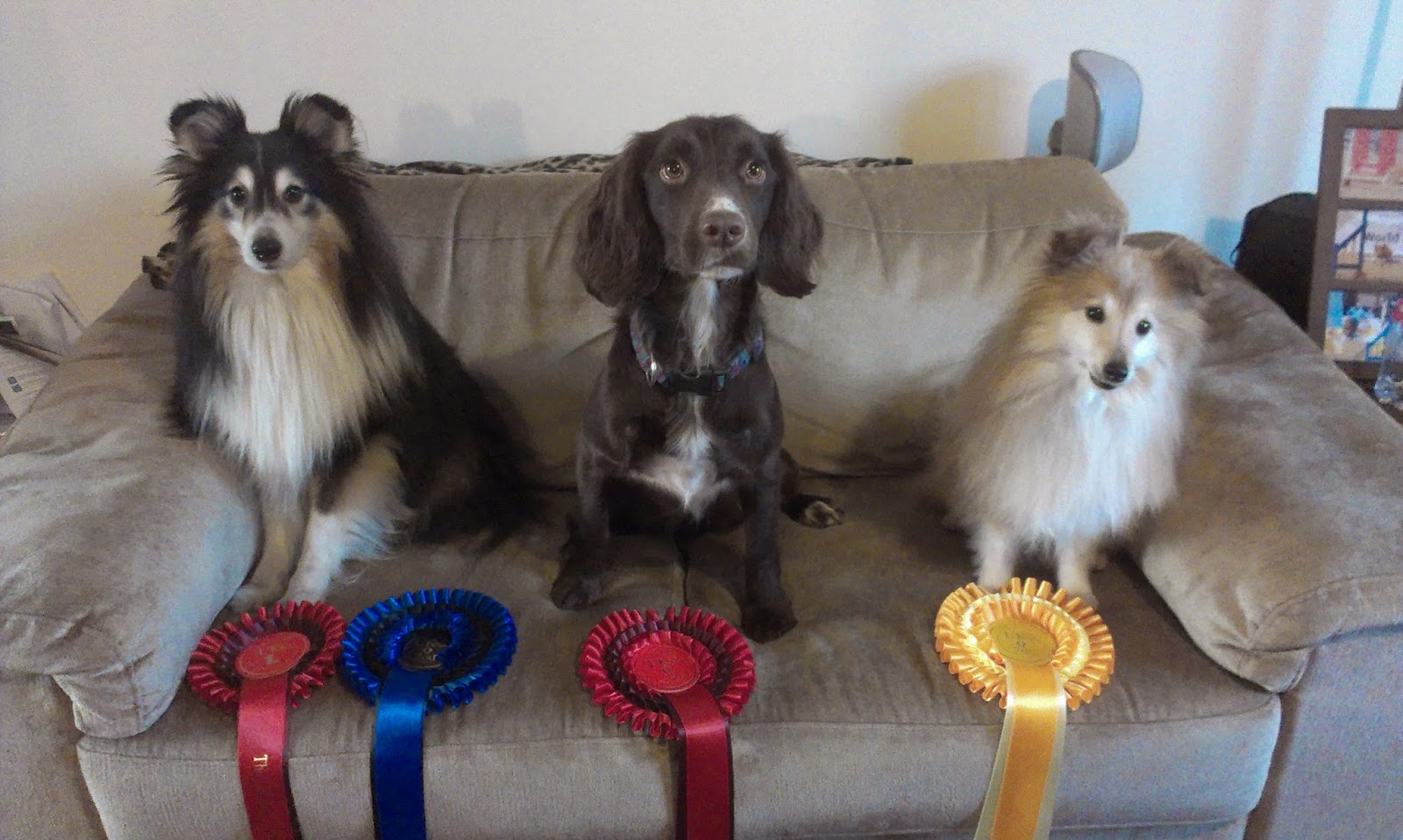 Sparkle came too and was a very well behaved girly round the rings, hardly any screaming at the dogs running and nice focus and toy play! I love this picture of her toy on her head-she is a wally! 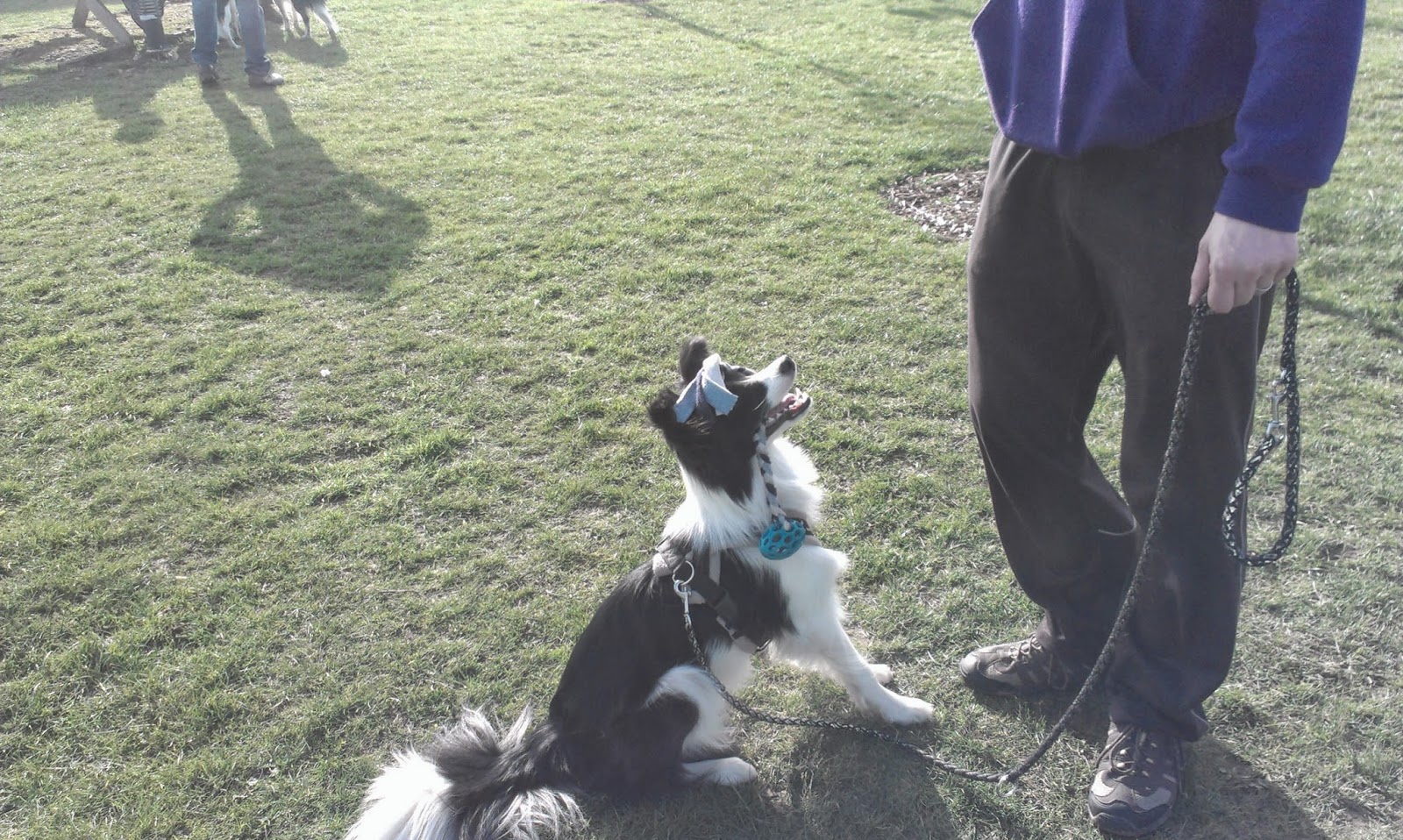