WBSDS show and Brooke off lead!!

With Sparkly being out with her torn hamstring I had a quieter couple of days at WBSDS which is a nice close show. I had Dolly and Brodie running on Saturday and only Brodie on the Sunday. It was good to see a few of the J9-ers running too! They all did me proud with good placings and lovely runs :-)

Dolly was really on the ball in her C3-5 jumping run and (touch wood!) we seemed to have cracked the weave issues as she managed them well. She came 7th out of 68 dogs despite a sniff so I'm pleased with her times too! Her contacts in the agility were nice but she self released on the seesaw so got put back on. Brodie was totally nuts! Unfortunately in both of his agility runs there were tunnels lurking under contacts which proved to be our downfall...homework! He was clear in both of his jumping runs, just out of the places in one and crazy and off on one in the other!! Here is the slightly more controlled run :-) At the age of 9 he has really got to grips with ketckers too!

The other exciting news is that Brooke came to the show and really enjoyed pottering around and chatting to her friends. She loved watching the action! 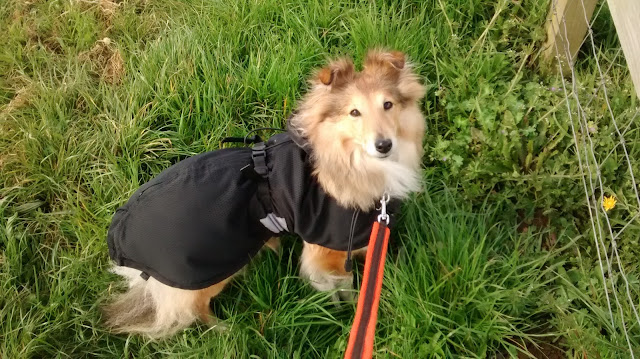 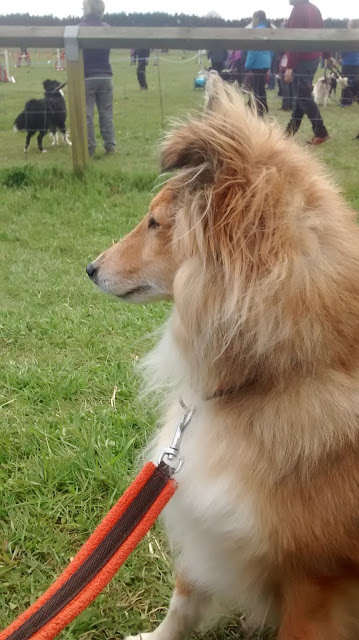 After almost four months of rehab and a year since she was allowed off her lead, Brooke had a little run across the garden on Friday. Might not seem like much but it made us very emotional! Her physio was happy with how she looks so we are allowed to double the distance.

Brodie and Brax had a nice walk yesterday with Brodies best mate Rommy, son Squidge and their mum Jenni. We went over to Jenni's and walked round the fields there which was lovely...shelties are such posers! 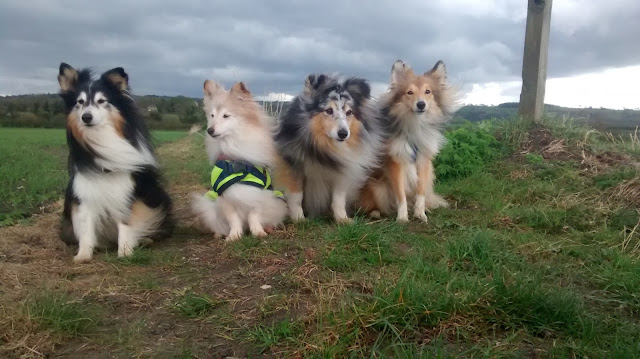 Sparkle is still on lead walks and wearing a thundershirt or body wrap to make her more aware of her body as Sally physio would like her to do some agility training in it. She looks funny wearing it tho! 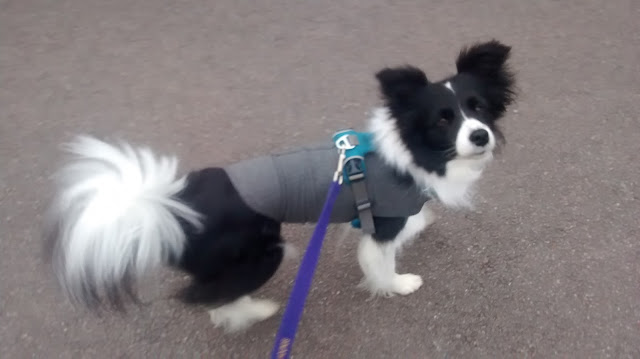 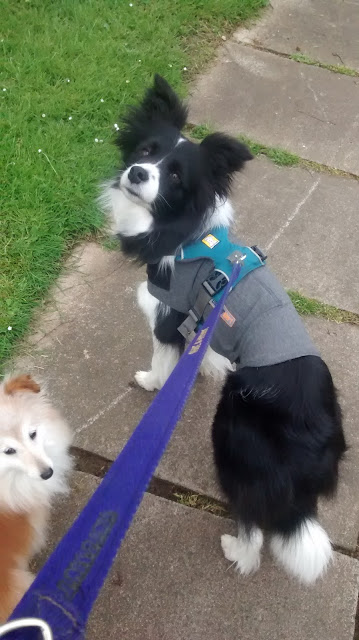