As Matt and his Mum share their birthday we have had a nice weekend off having a couple of treats! The first was that Matt had booked to take his Mum to The Grove near Watford for high tea...it was amazing! You can have as many different types of tea as you want and they were served in quirky teapots authentic to the country of origin. Matt and his Mum were more adventurous than me!! 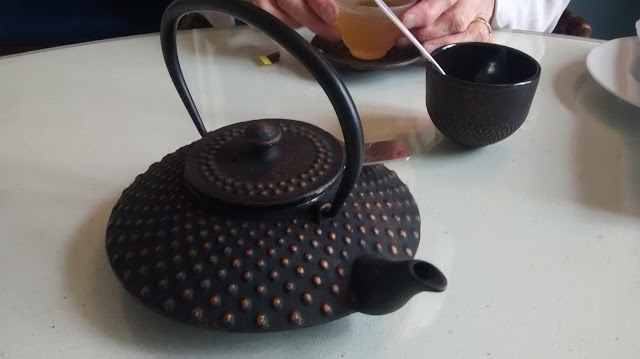 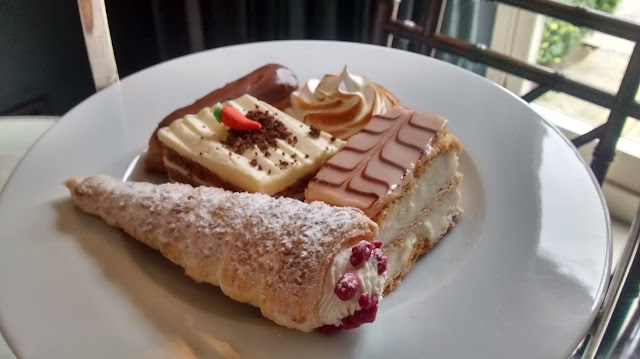 The sandwiches, cakes and scones were so good and we couldn't eat them all so took some home! 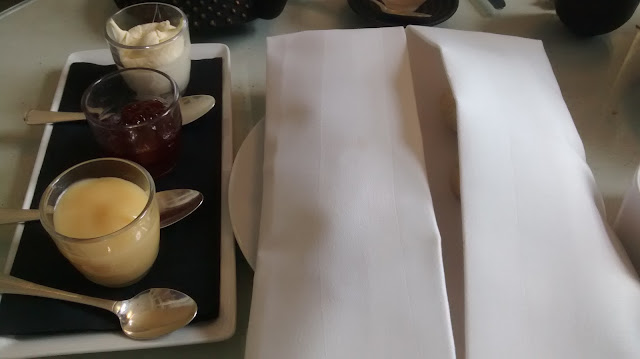 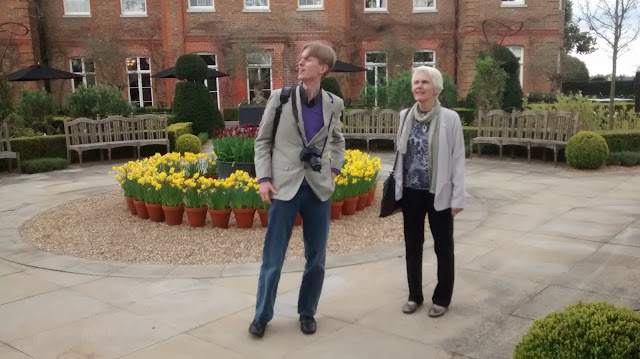 On Saturday we went to FAB show in Kent, Brax did the two IFCS qualifiers (snooker and jumping) and won both! Bless her, she was loving doing some agility again :-) Brodie won his senior steeplechase and Sparkle did some lovely nfc work coming back from her injury. Good day all round :-) 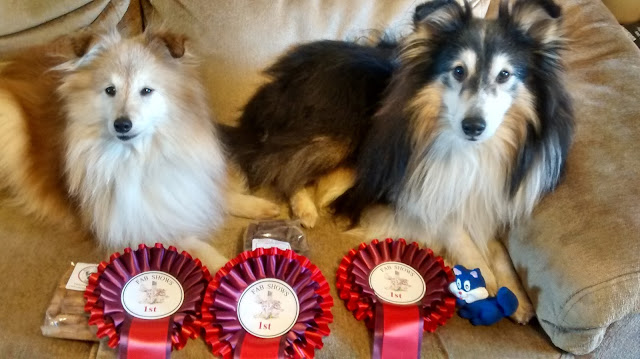 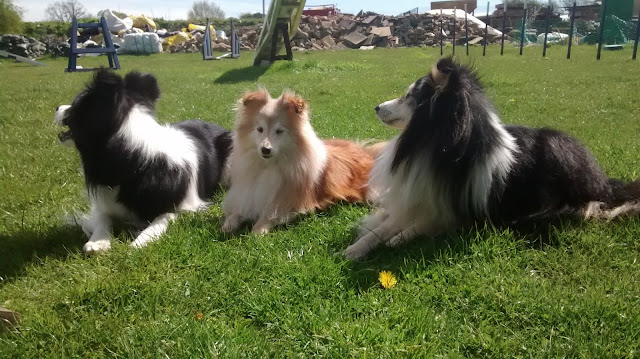 My two were watching a bird! Brax is the best poser :-) She was at the vets yesterday after being a bit off her food and having a gurgly tummy for the past day or two. She is on antibiotics as vet things he thinks she had gastroenteritis a while back and gets secondary pancreatitis that flares up. Hopefully the antibiotics will sort it.
Posted by Rhoda at 17:42