We have been battling trying to keep Brooke sound since she hurt her ligament in her shoulder earlier in he year. We had been doing a lot of physio work on it and she was getting progressively more lame to the point that we decided together with Sally our physio that it was worth getting a specialist vet to have a look in her shoulder with a camera via keyhole surgery.

She has never had so much as a sedation before so we were reluctant to leave her but Patrick the vet was lovely and kept us informed about what was going on. Unfortunately it was not good news. Her shoulder injury had caused inflammation that had made her immune system go into overdrive and lay down bony calcium deposits in her biceps tendon and shoulder joint. This is turn had made the joint more inflamed and has created a vicious circle of calcium deposits and inflammation which is gumming up her joint. The next step is another general anaesthetic to put a steroid injection right into her joint which stops her immune system going into overdrive. Fingers toes and paws crossed that it works for Bean as we are just desperate for her to be able to enjoy life again.

The size of the surgery wound was incredible. Shame she spent all that time growing her hair back though! 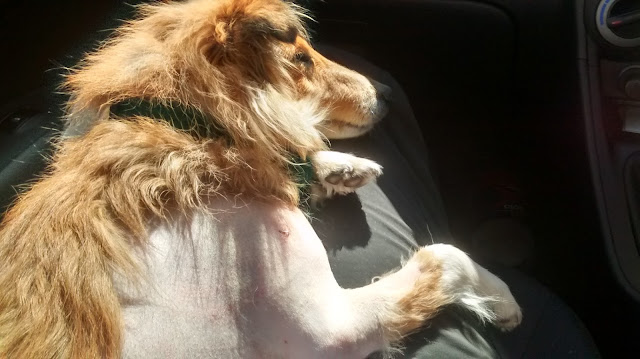 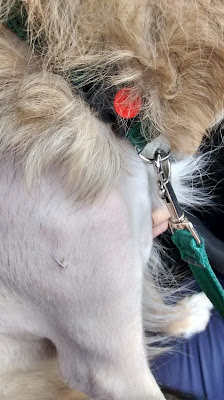 Brooke has been really spoilt-we got a lovely pressi of a Back on Track bed from her Grandma Lian which was so kind of her. Brooke always chooses to lie on it so it is obviously very comfy! Thank you Lian x 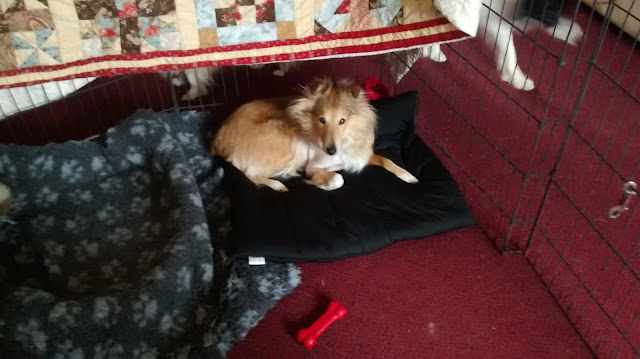 The other dogs are mostly fine. Brodie has had a cyst on his tail which has been quite sore and needing to be bandaged up to stop him fussing at it. You can just about make out his little bandage in the pic below. He has a Rally competition coming up so we have been getting in a bit of practice. The nice thing about Rally is that you can practice easily everyday on walks and in the garden. 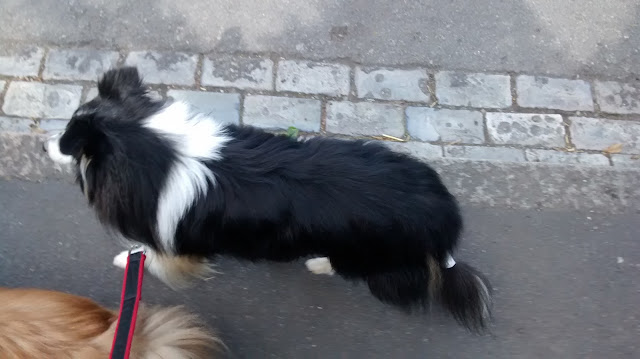 Haven't done any agility training at all since the show (until Tuesday when I did some entertaining seesaws with Spark!) but the dogs have been enjoying hanging out in the field with me as Brooke prefers being left in a car crate to being left at a home while I walk the others. No agility shows for a couple of weeks so will have some down time while we get Brooke through the next op-can always rely on these goof balls to cheer me up! Was lovely seeing my sis at the weekend as well, so nice to catch up and the doglets just adore her! 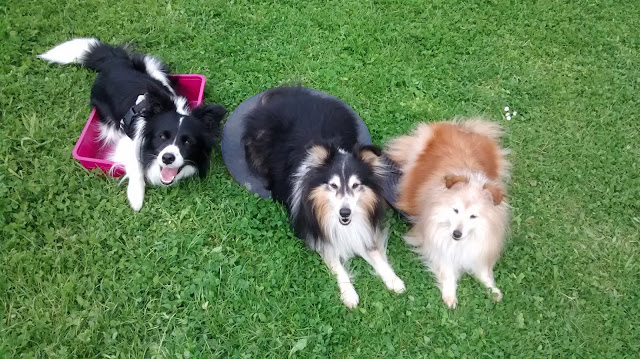 Doglet hugs are always lovely too! (Excuse my sock!) 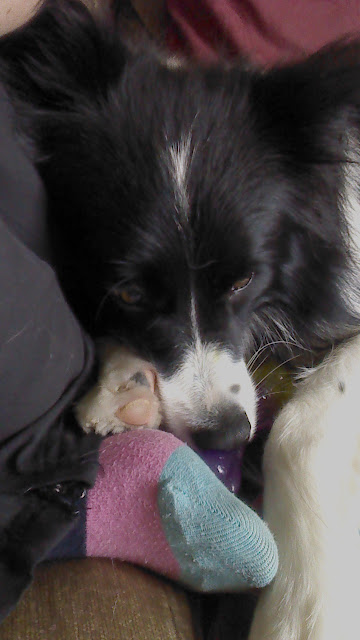