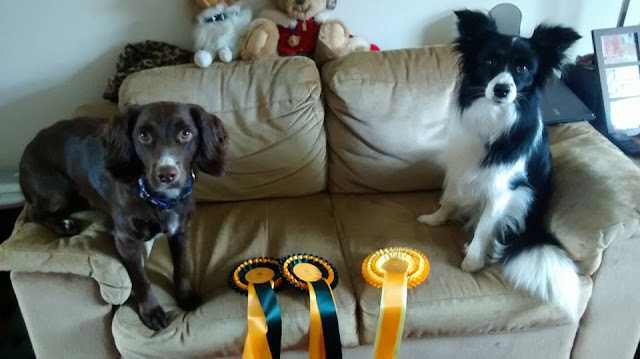 So our busy Bank holiday weekend started with a trip to Cippenham KC show. Dolly was such a good girly and got 4th in the C1-3 agility (with weave faults on a really hard course!) and she also came 5th in the C1-3 jumping in a big class of 52 dogs so I was very proud of her! This is her on the jumping course-almost had a detour past the tunnel :-)

Sparkler had her first ever clear round at a KC show and came 3rd in a C1-7 helter skelter which was a lovely flowing course-she still is backing off the jumps more than she does in training but that will come with experience.

On Monday I took Brodie, Brooke and Sparkle to their very first Rally competition. Nervous was an understatement!! I was terrified! Had no idea what I was doing but everyone was so helpful and friendly. It was really well organised and fairly similar to champ agility in that you walk the course and then run in order. The dogs really enjoyed their day out, particularly Brooke as it was fun for her to be working again. It was a great experience for Spark as a young dog to work without the adrenaline of agility! 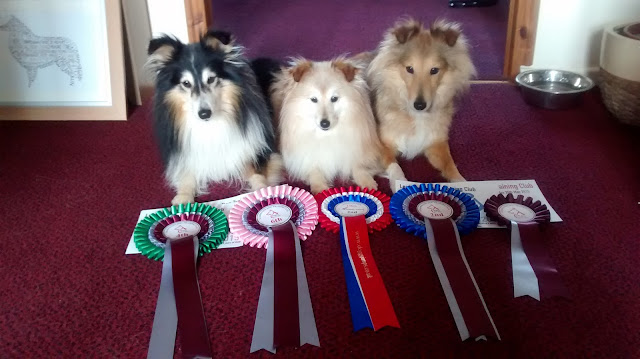 Well the dogs did very well for their first time! I didn't really understand the scoring system but apparently all five rounds were deemed 'excellent'! Brodie got a 6th in Level 1 and a 4th in Level 2. Brooke came 2nd in Level 1 (with a score of 205!) and got 199 at Level 2 so another qualifying score. Miss Sparkle only did Level 1 but managed a very respectable excellent score of 197! The classes were so big that they were split into 3 parts with 35/36 in each part so really pleased for a first time!

Little Brax has snuck into the sheltie photo to show off her rosette from UKA. While we were doing Rally, Brax and Matt were busy at agility coming 2nd overall in the Masters and qualifying for the Grand Finals! Not bad for a tiny ten year old fuzz ball!! So proud of them both :-) 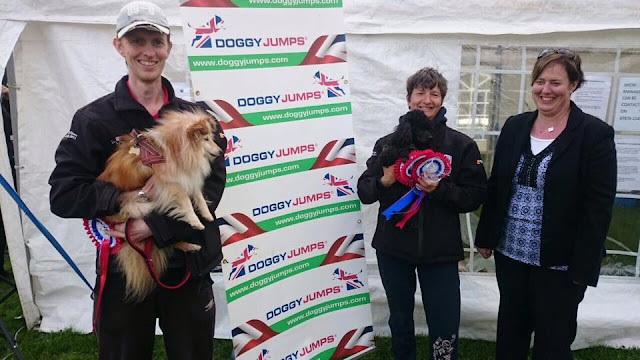 Sorry epic blog continues! I then went to JDA agility show with Sparkle and Toad mid week as some of my clients were competing and it was a bit of a J9 club outing. Well what can I say?! Totally speechless with how well everyone did! First up was C3-5 agility which was a tricky course with a tricky entry and exit to the dog walk. I handled it the 'safe' way as didn't want Spark (who is long striding) to fall off trying to get on the dog walk. I had also decided that if she ran her dog walk nicely and happened to go over the finish jump I would just reward her. Well she didn't see the finish jump so I called her back towards me (haven't taught turns off dw yet!) and finished the course. What with the long route onto and detour off the dw and the held seesaw I thought we would be safe in a combined agility but nope...she won it! Grade 4 was not the plan just yet!! She was a little superstar though and went on to win her helter skelter and C3-5 jumping. The only one filmed was the jumping :-) I had given myself a kick up the bum and decided to run her like I do in training hence the blinds and the ketchker turn!

Just as exciting as Sparkle getting her first wins was my clients doing so well! Jenni and Rommy got their last G6 win to reach G7 and champ level and Willow beagle won her second G4 agility confirming that she is ready for G5! So proud of them all :-D Special mention for my little Toad did a stonking run in the agility and the jumping but after a sat nav failure in the agility he is on the lookout for a better handler!! Love him! 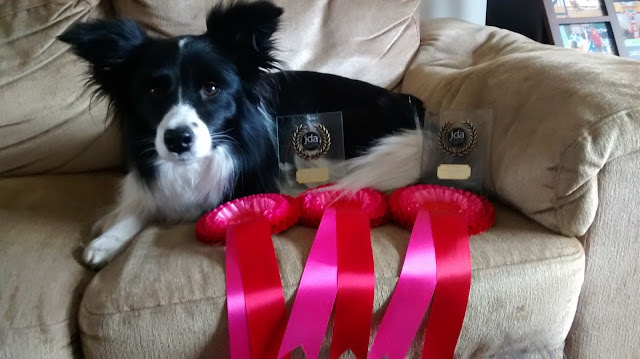 Oh and I saw two of the Grandpups at JDA-what stunning little boys they are! Here are Mav and Squidge 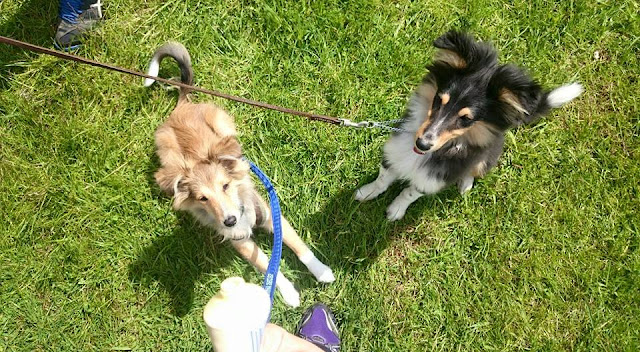