The pups had a get together in my field last week! They are such scrummy handsome boys :-) Here they are with Zoe's sheltie Merlin. From left to right Squidge, Maverick and Blaze. The two tri's are a very similar size but Squidge is still smaller and lighter-he gives as good as he gets though! 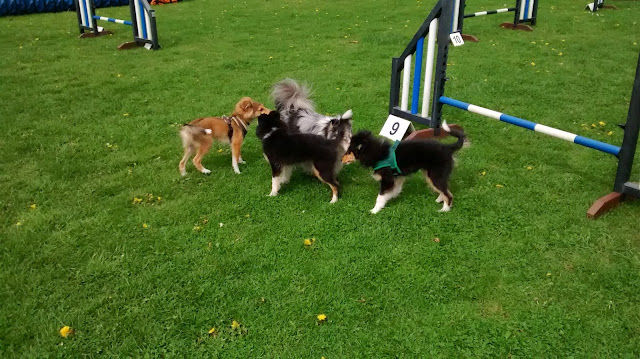 Blaze, Brooke and Squidge posing at Tunbridge Wells show. We kept being asked if Brooke was a puppy! 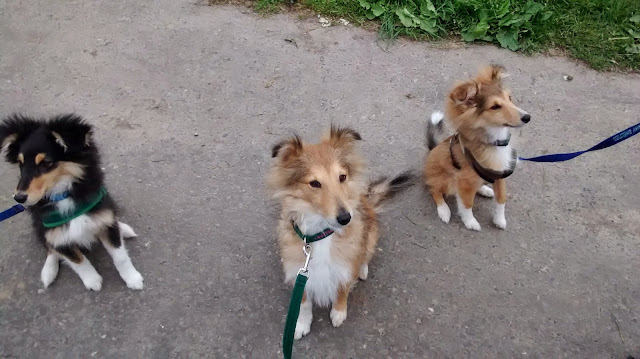 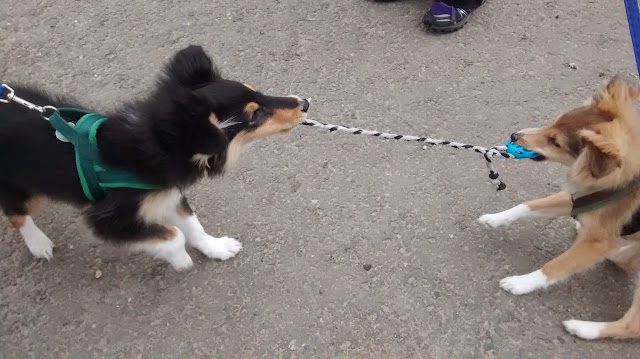 Blaze and Sparkle also came with us to vote last week! Spark has an ear out on the door as Matthew was inside voting :-) 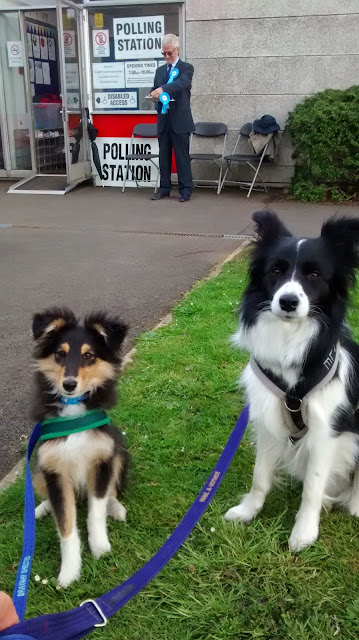 We have done a couple of agility shows over the past couple of weekends. Brodie and Brax had a great time running at the Kent FAB show. Both of them won their senior jumping class which qualifies them for the finals in August! Brax also won the IFCS jumping and agility qualifier! Brodie had 5 faults on the Aframe (I think he got it...partly as he has only missed one in 6 years of competing when he was in G1 and partly as I actually looked back at him which I don't always do) He technically won as all the other dogs in his height were eliminated! I took Brodie, Sparkle and Brooke with me to Hatton on Saturday. Brodie only ran one class (C5-7 jumping) which he came 4th in. It had some great quirky jumps in it which made a nice change. It had a water jump, gate and brush fence! Sparkle did her first agility properly in the ring, it was a lovely course and she got her dw, weaves and aframe but then flew off her seesaw at the end (which she promptly put herself back on!) In the jumping she coped with all the strange jumps well and only had faults in the weaves and in the steeplechase just had a couple of poles.

Best thing about Hatton was there was 'have a go' Rally right next to the agility. I did rounds with all three and got feedback about what to improve on. Also it was Sparkles first go and she did well, especially with the agility going on in the next ring! All three have their first competition in just over a week-eek!!

On Sunday Matt and I took all the doglets to Tunbridge Wells show. Brodie did Olympia qualifier (5f on seesaw) and Crufts teams. We were eliminated in teams which was gutting as we still finished 3rd and were 28 seconds faster than the winners. Feel so bad letting my team mates down :-(

Brax was in her first champ of the year and got through to the final bless her! She ran well but got eliminated at the end having already done a naughty dog walk! She was loving it though-going great guns for a veteran. 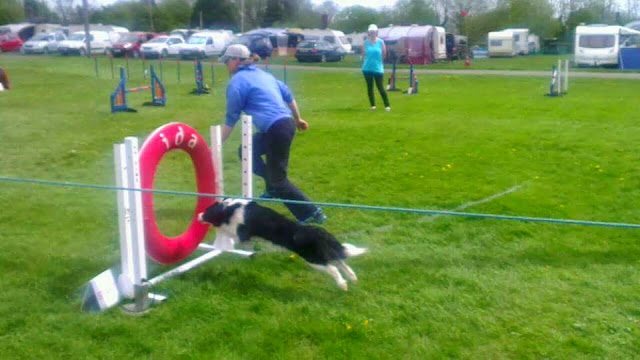 Spark did one jumping run and could not weave. The more I thought about it the more I wondered whether she had done something flying off the seesaw the day before. Luckily my wonderful physio fitted her in and I feel terrible as her neck was in spasm. Luckily her back was ok but she was all locked up through her neck and shoulder. Fixed now but a week off work and heat packs and stretches. And I thought she was being cheeky in her weaves... 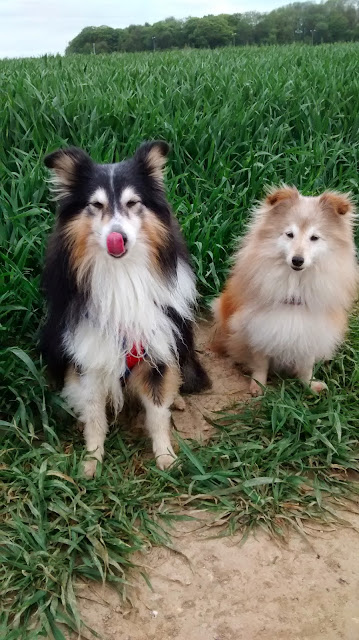 Love this pic of the older two! They are the healthy, fit ones at the moment!!
Posted by Rhoda at 17:42