I apologise now for anyone who would rather read about agility than puppies-tough!! Beans boys are now over a week old and growing nicely having doubled their birth weight easily. They are happy little boys and it is fascinating watching them grow and change daily. SHe is still being an amazing Mummy and now tends to only go to them if they are hungry. She often stays for a post feed nap though! 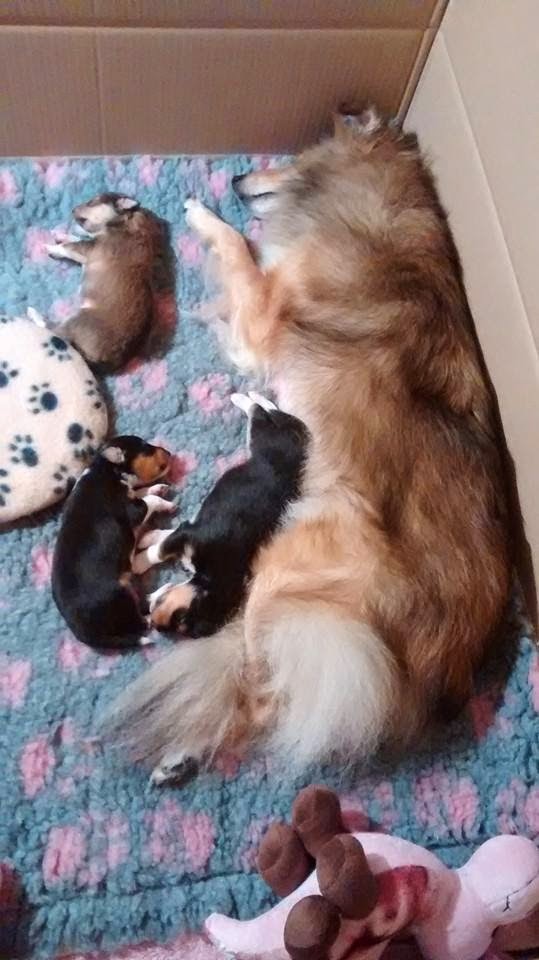 Everything is so tiny! I love watching the changes in their little paw pads as they darken up with pigment. 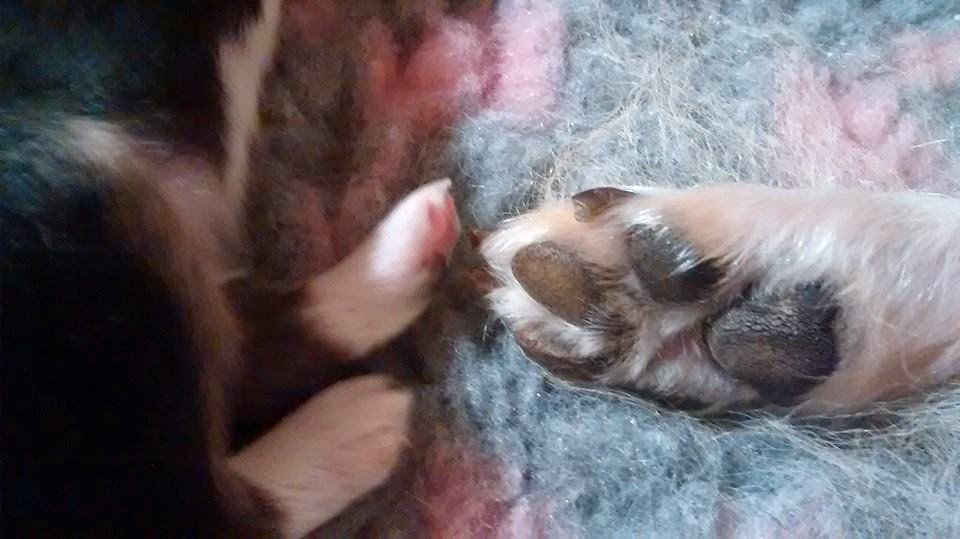 So let me officially introduce Beans boys....they have temporary names at the moment...don't laugh!

First born was Gavin who is Brodie's mini me! He is so incredibly cute and the smallest of the boys although he is catching his brothers up. He loves waving his left paw in the air when you hold him! You can see how much pigment is coming in on their pads now. He is one happy little pup :-) 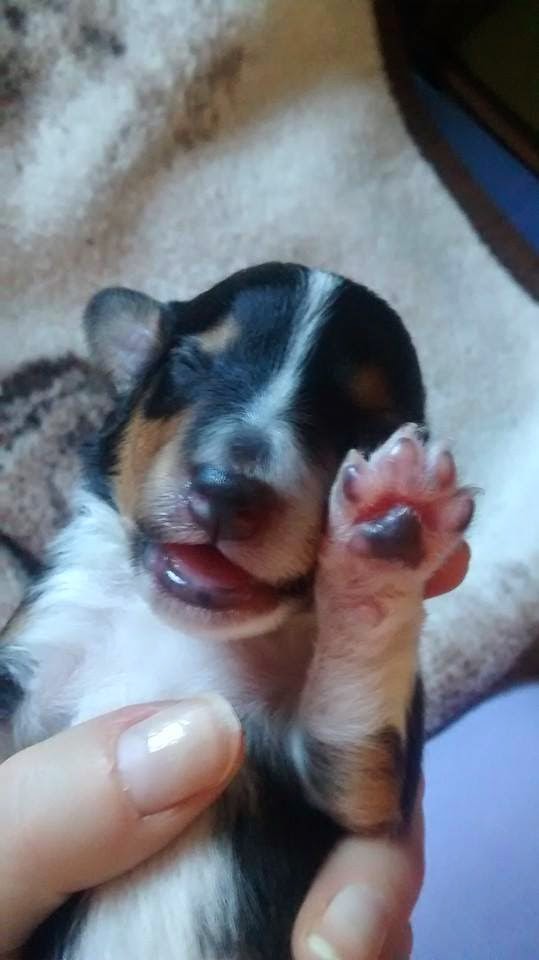 Second born was Blaze (was Bryn!) He came into the world backwards just to be different and has been the biggest and strongest pup from day one. He is also a real chatterbox! He makes the sweetest squeaks in his sleep and absolutely loves Brookes camel toy to snuggle up to. 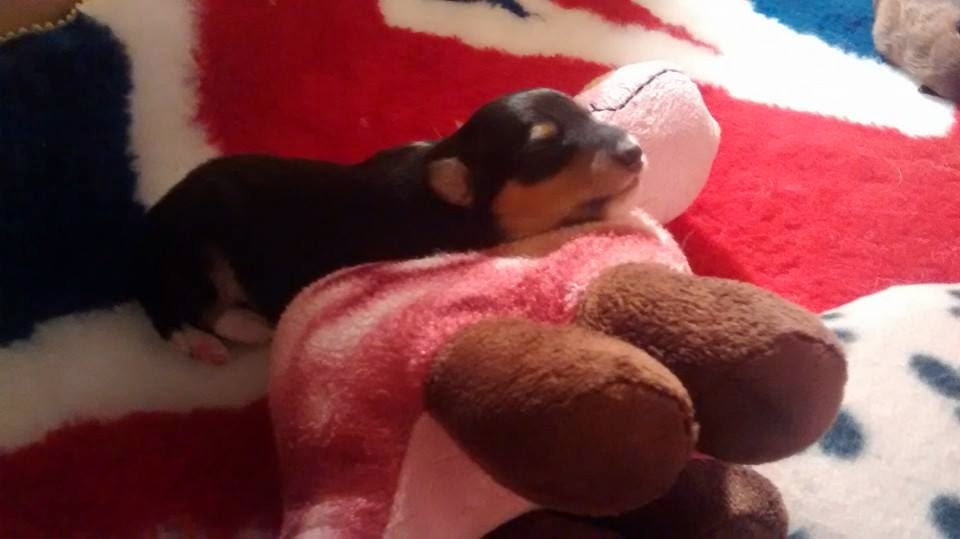 Last to be born and came out in a hurry to get to the bar is Smithy!! A shaded sable and definitely Brookes mini me as he has inherited her colour but also her powerful shape. Nothing this boy does is slow! Like his brothers he is a real cuddle monster though. Here he is with Brooke 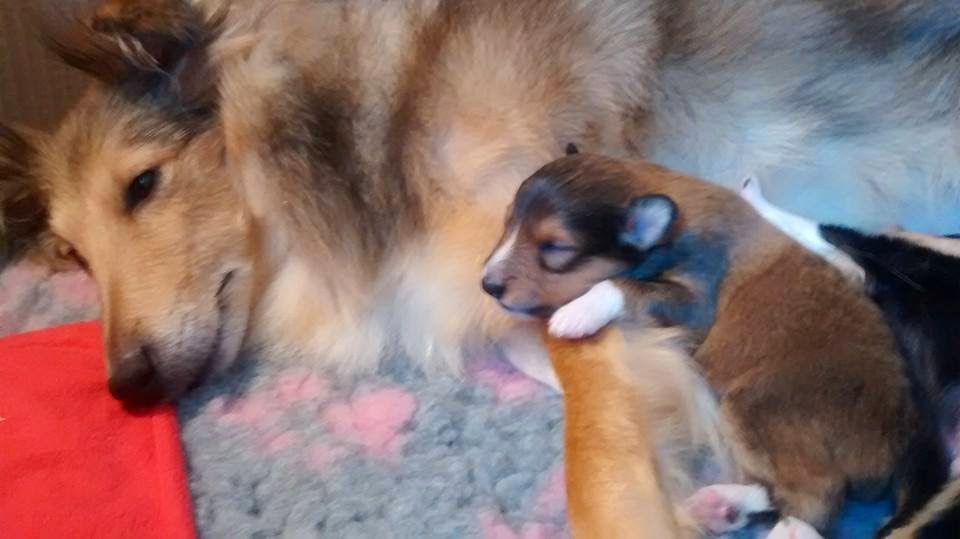 One thing that they have inherited from their father is the desire to sleep upside down!! Here is Smithy on his back after having one too many at the milk bar! 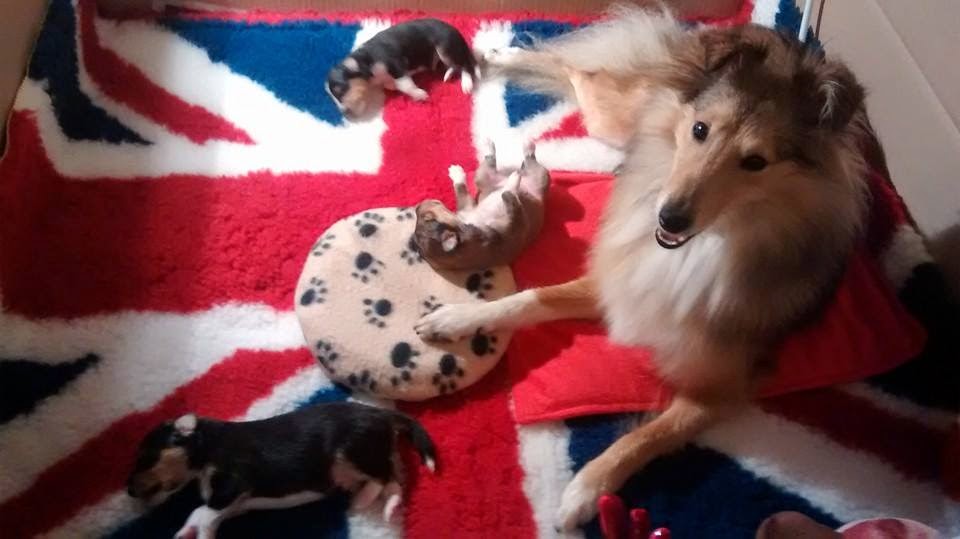 Blaze on his back having a snooze! 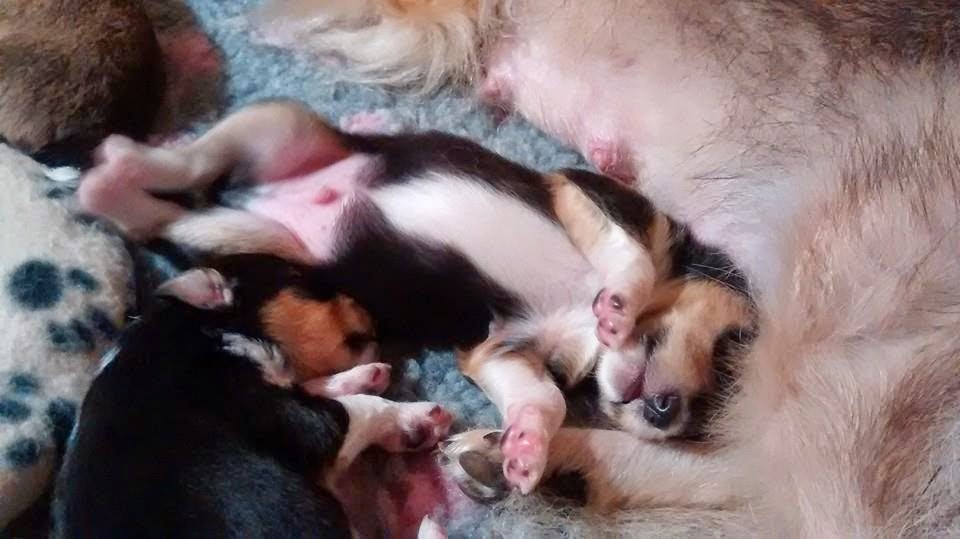 And Gavin showing off his lovely tan makings-definitely his fathers son! 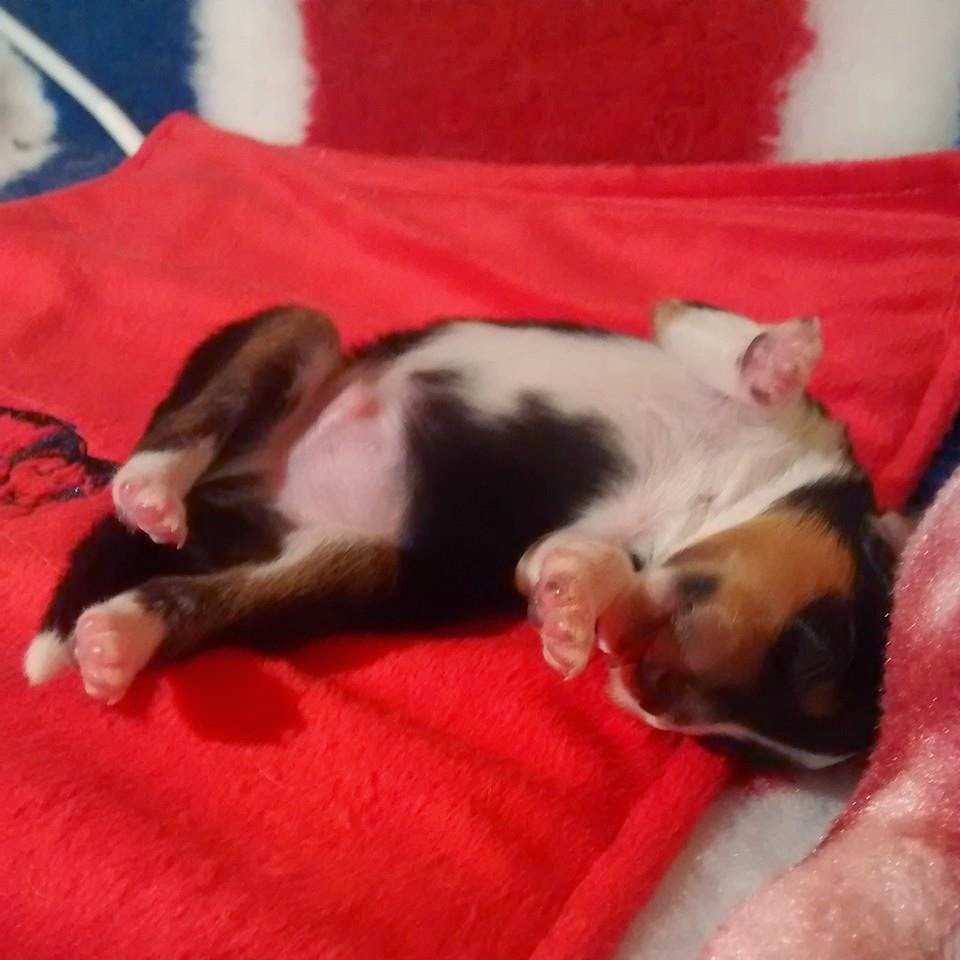 And what does their Daddy think of his kids? This is him seeing his sons for the first time :-D 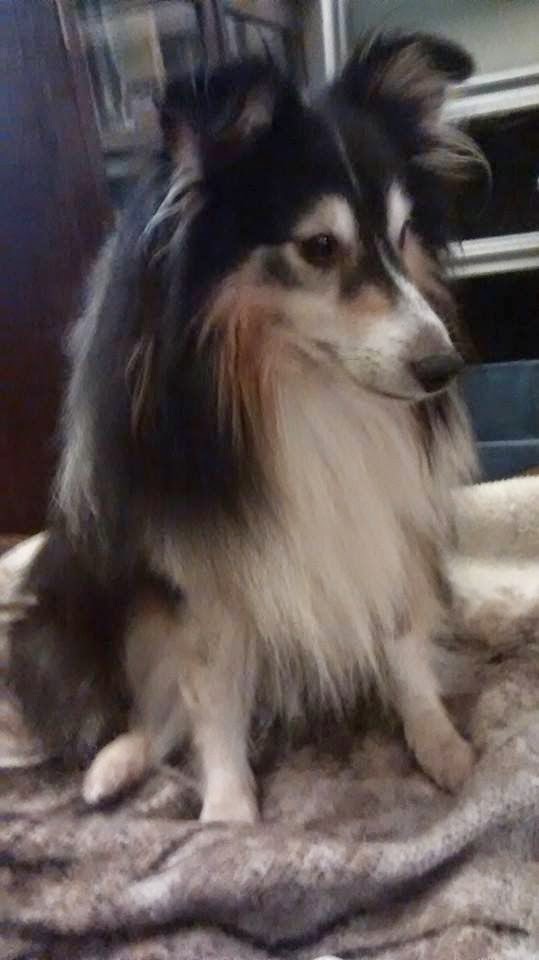