Paws in the Park

We had fun on Saturday at Paws in the Park in Kent. All of the dogs got a run or two which was good and the weather was mostly kind! Brodie almost went clear in the agility but I dropped my arm and my honest little boy turned off the dog walk getting us a refusal. Then he popped out of the weaves in the jumping but to be honest a lot of dogs did and there was a rumour that a dog had pee'd up them earlier which is usually enough to put Brodie off no matter how well washed they are! It was a day of 5's for both of my dogs which was exciting! I know that sounds silly but Sparkle had a refusal (not elimination!) in both of her classes, one for running past the long jump in the steeplechase (if you watch the video she doesn't look for it so more work on long jumps!) and one for a weave entry but then did 12 weaves and the rest of the course really well!

This is Sparkle in the C1-3 steeplechase. I love the fact she works out her striding so well at some quite tricky distances and manages the straight tunnel to right turn which was quite hard. Best of all-look at her wait!!

Matthews girlies had a mixed day. Brooke started off with 2nd in G6 agility and went on the do a lovely run in the C4-7 agility which she came 5th in. The jumping was a hard course and Brooke came out of the weaves in the same place as lots of other dogs. Poor little Brax ran into the side of a straight tunnel, bless her!! Brooke is on her own on the sofa this week 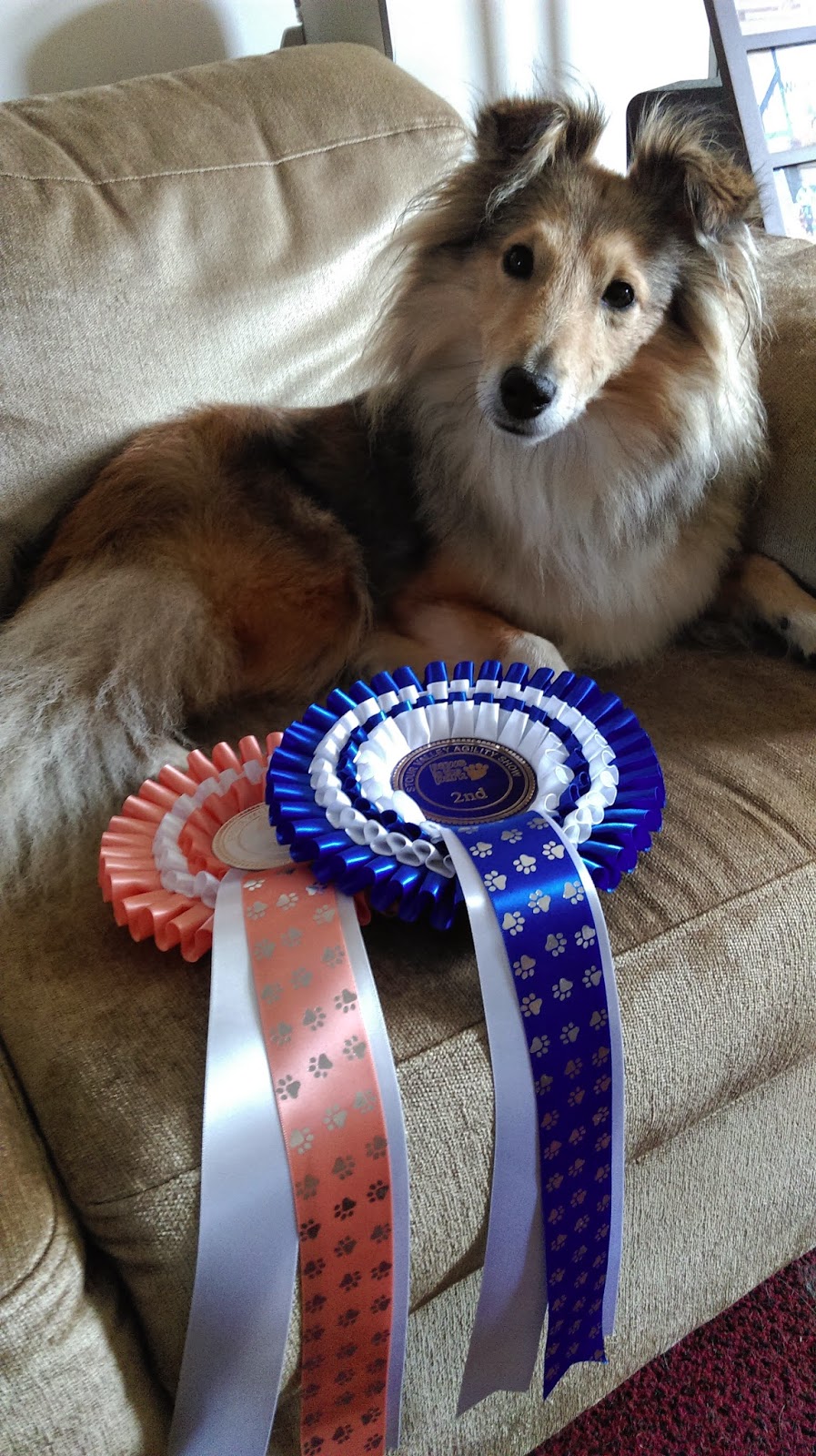 Here are some random snaps I took over the last week-Brax being totally adorable at Lians last weekend! 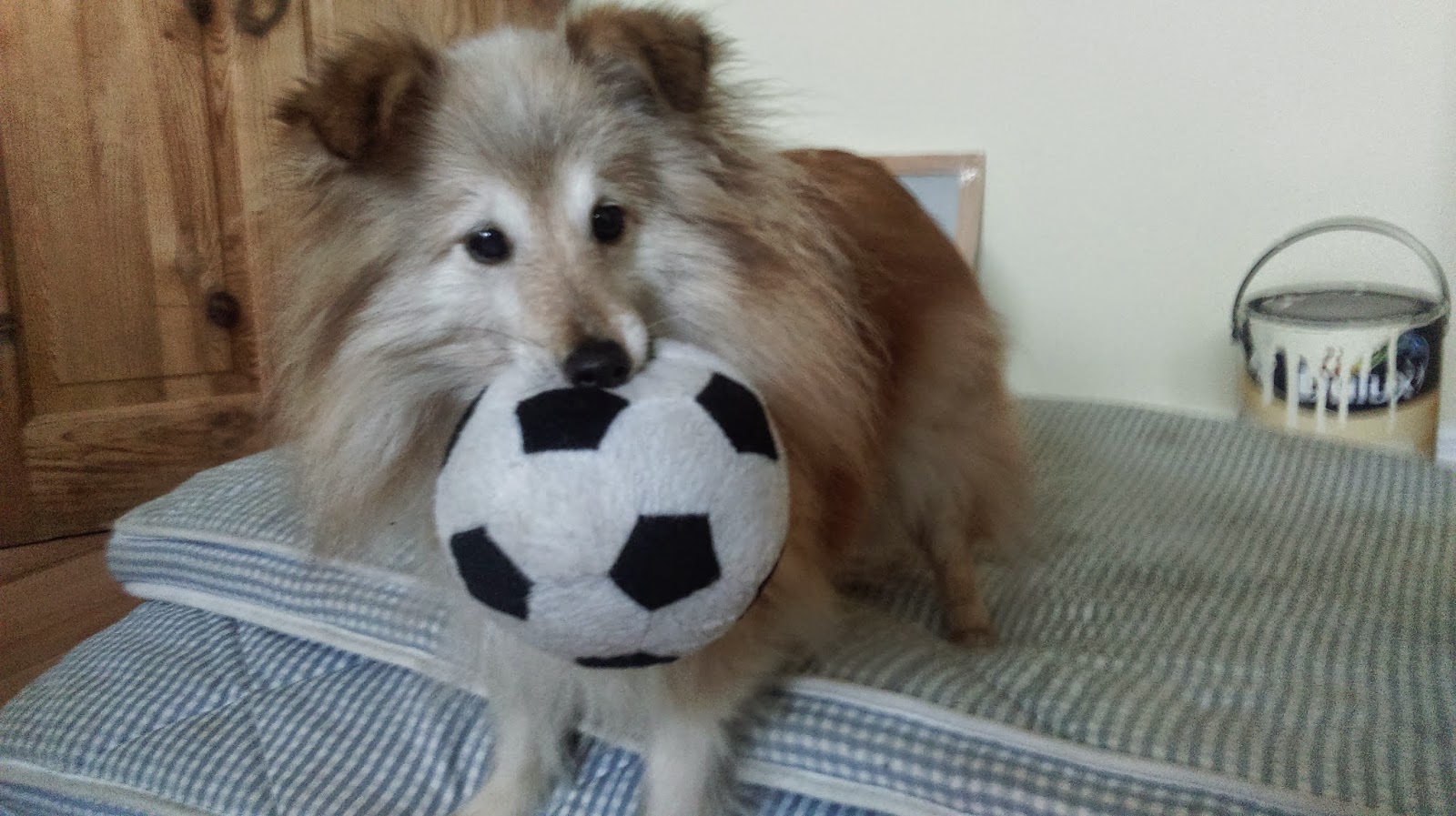 Its rare I have the older two for the day but they enjoyed being out without the youngsters :-) 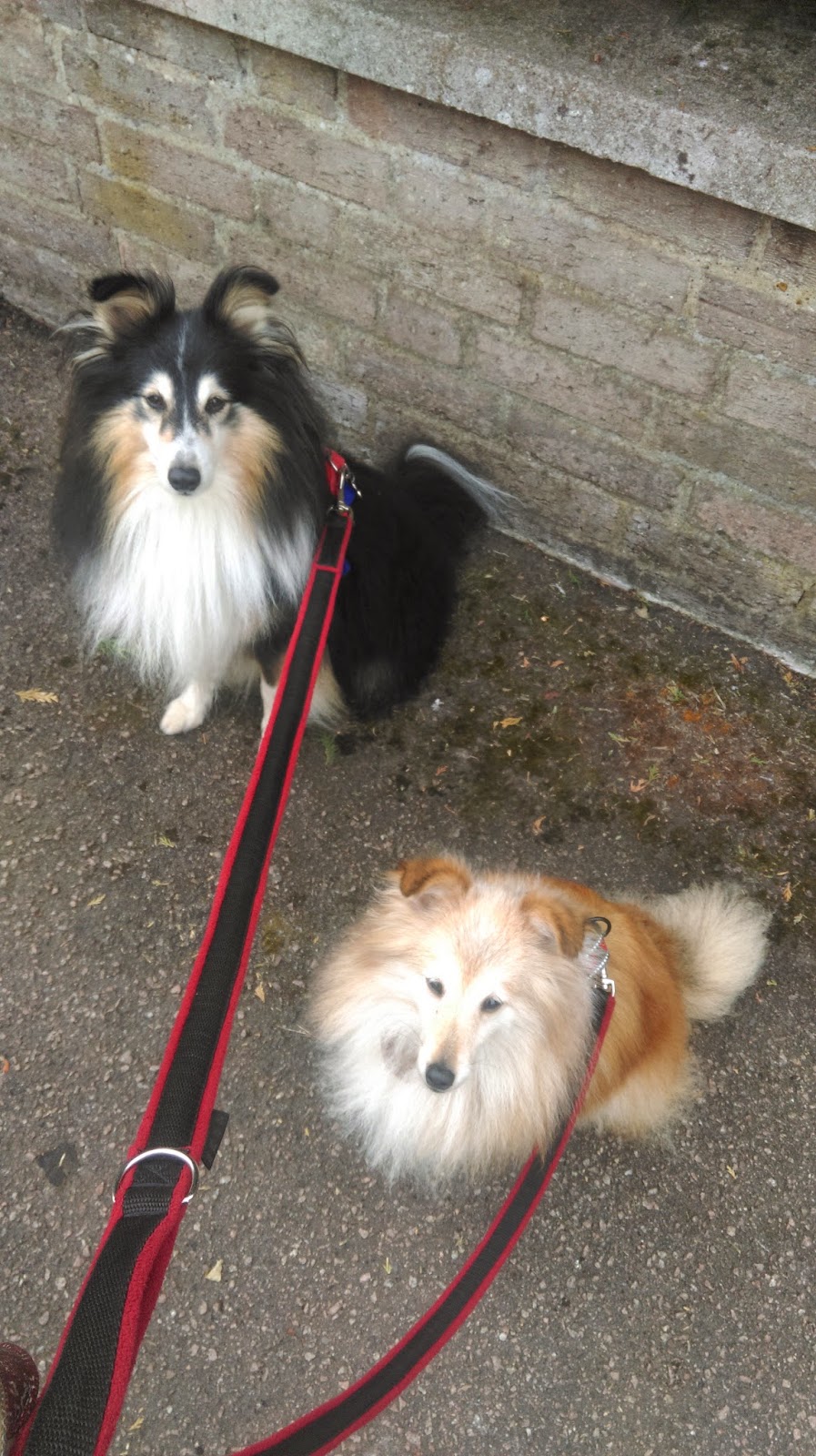 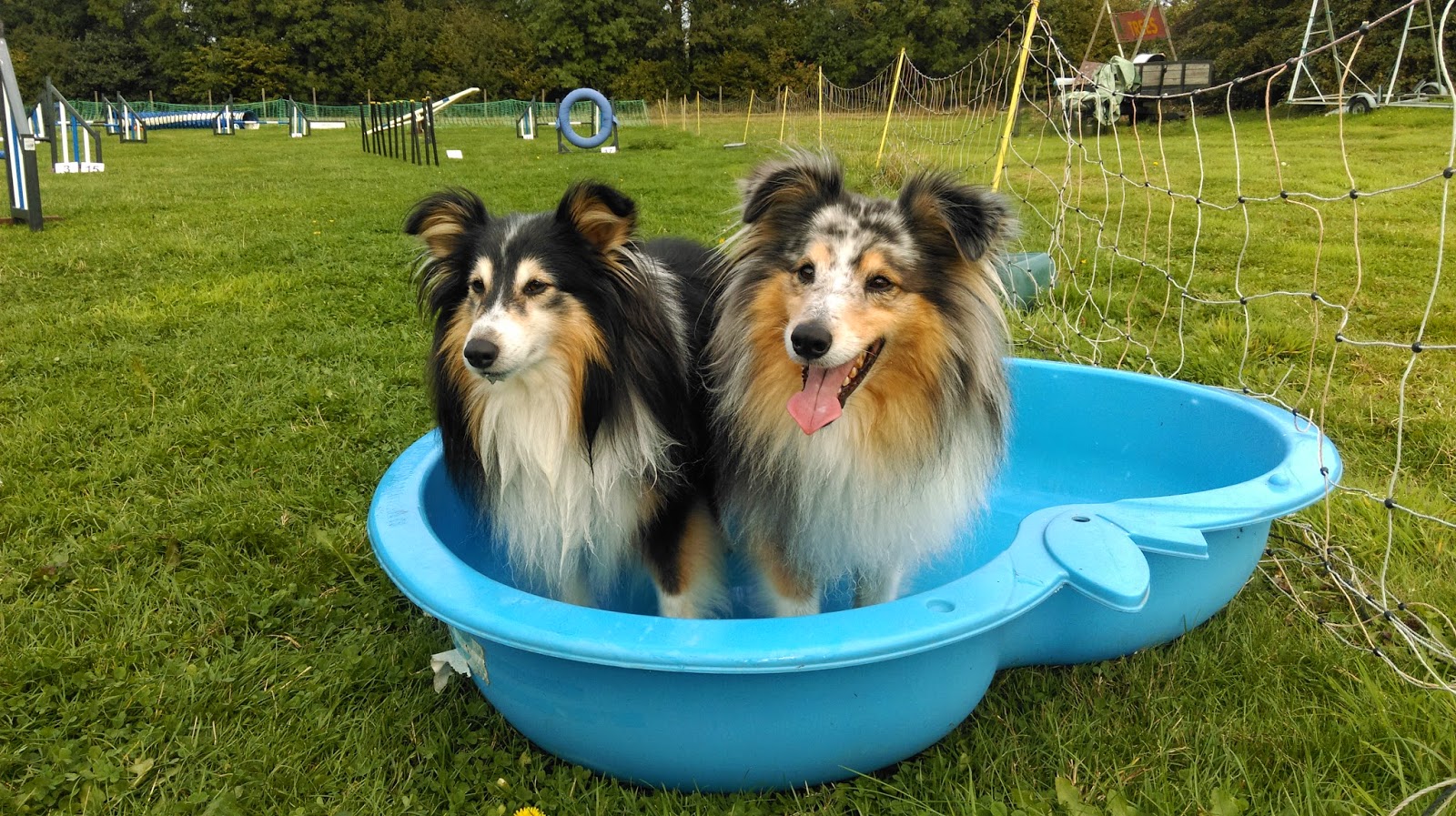 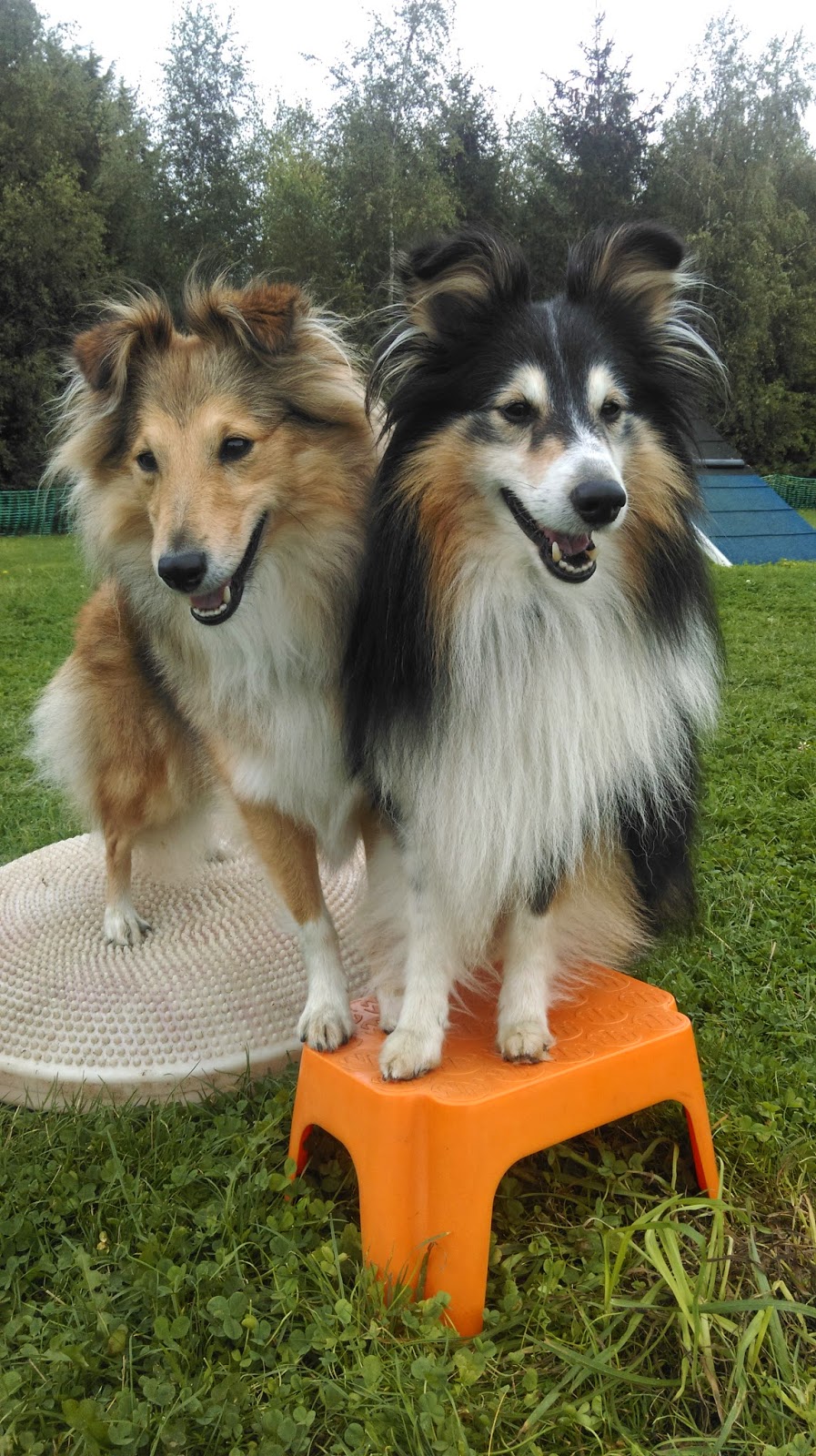 Dolly came to do some training at the field during the week-here is the medium gang! 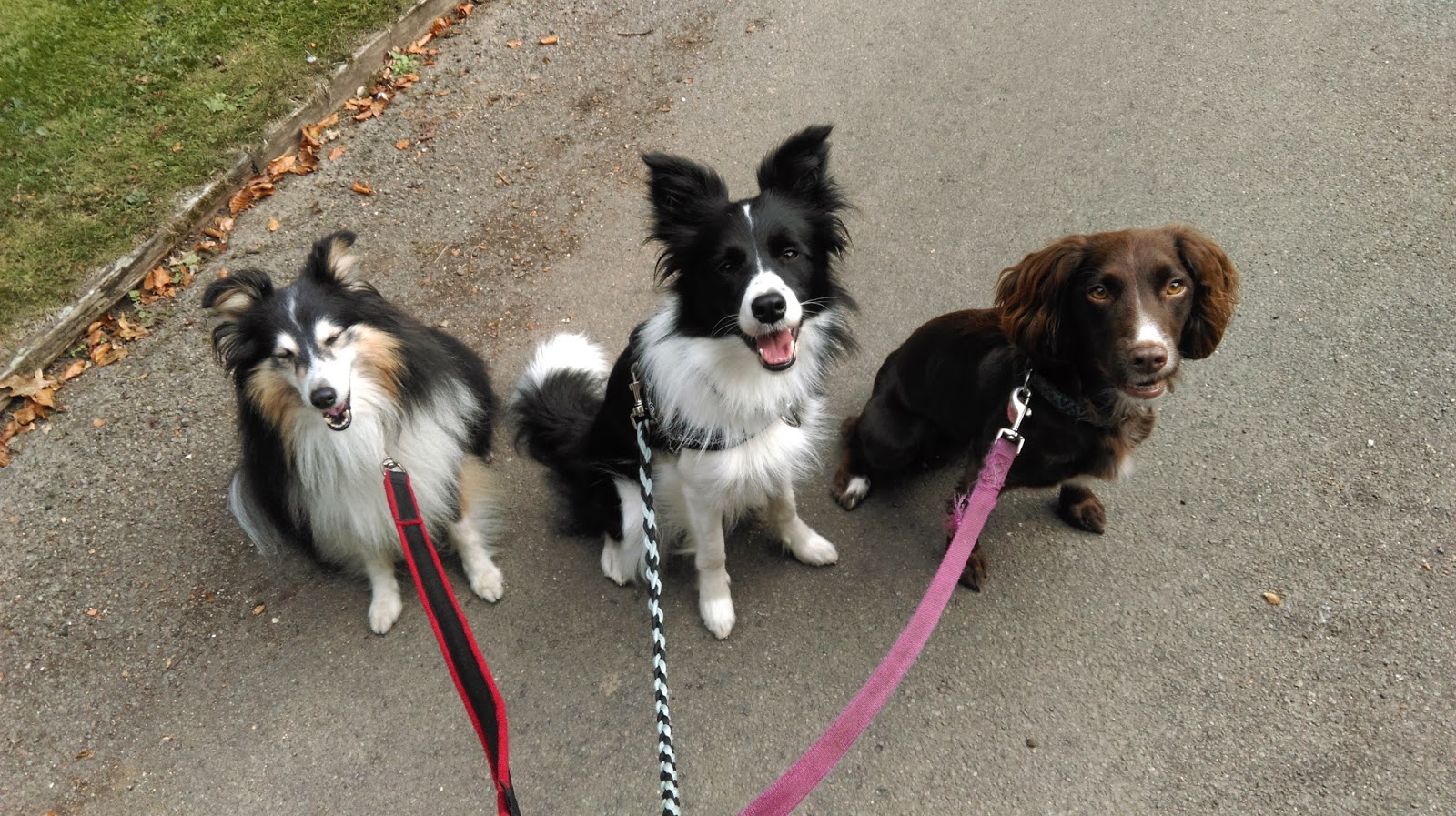 Me being taken for a walk! 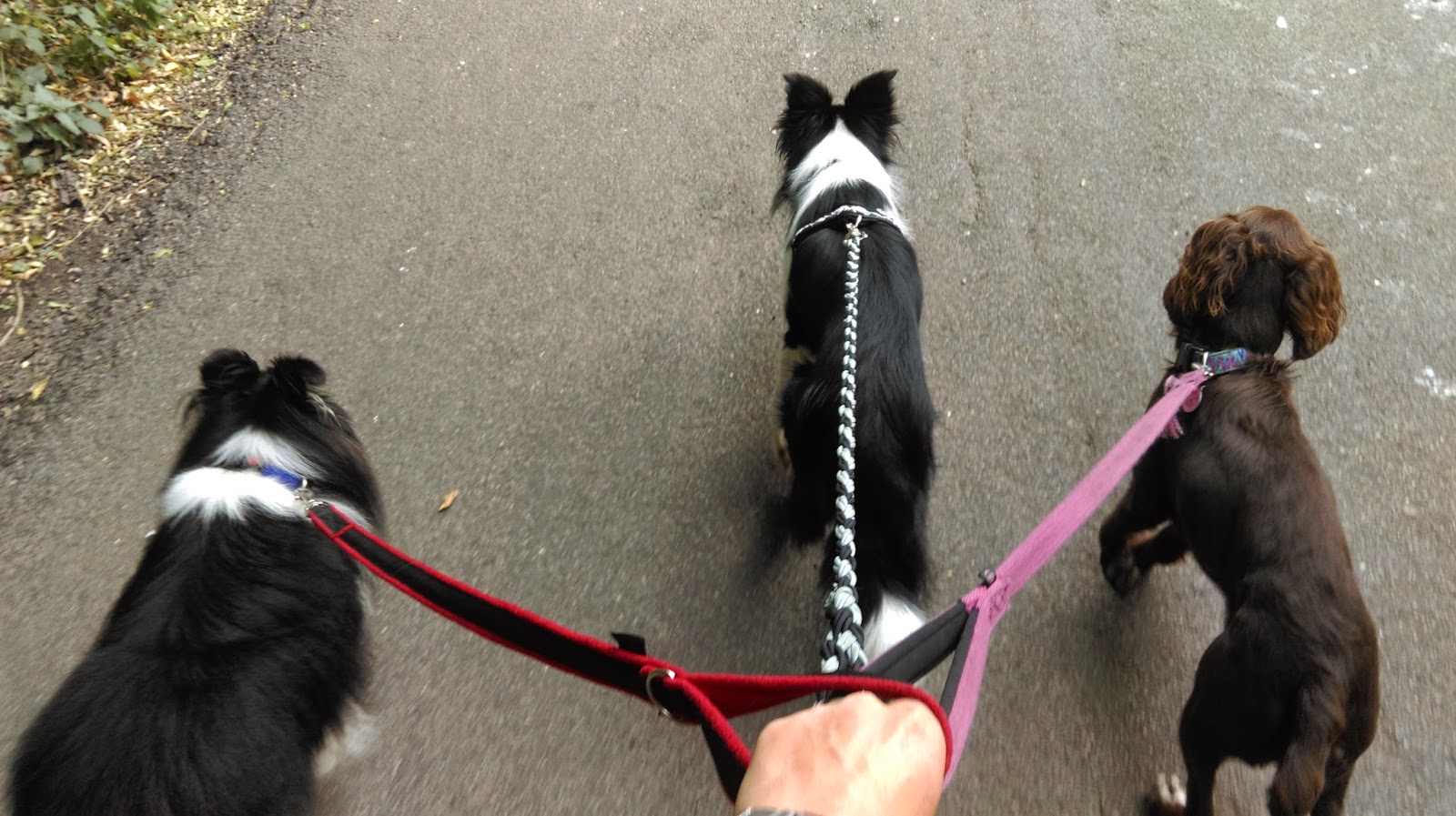 We have done a lot of balance work this week-even when changing tyres! 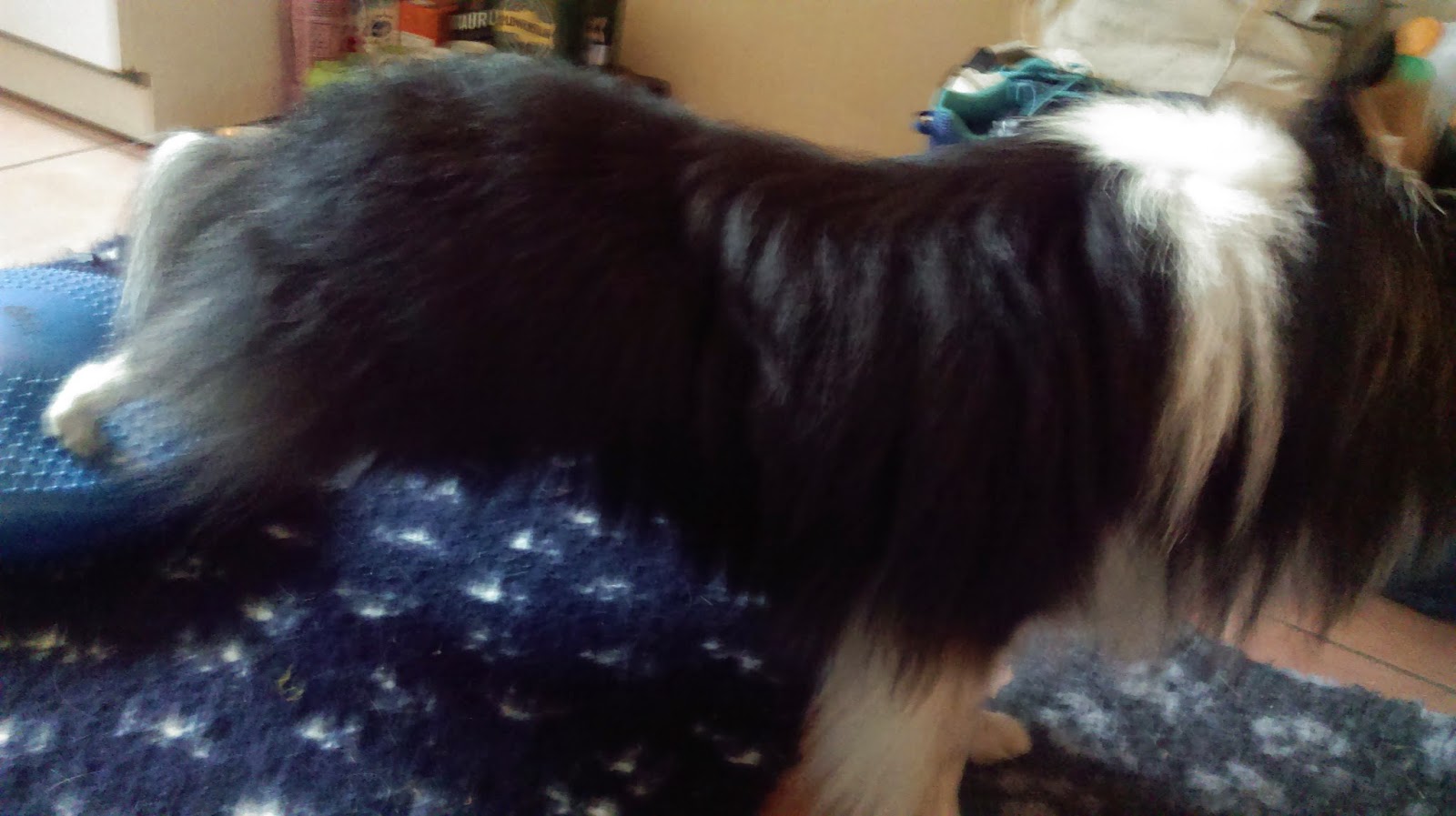 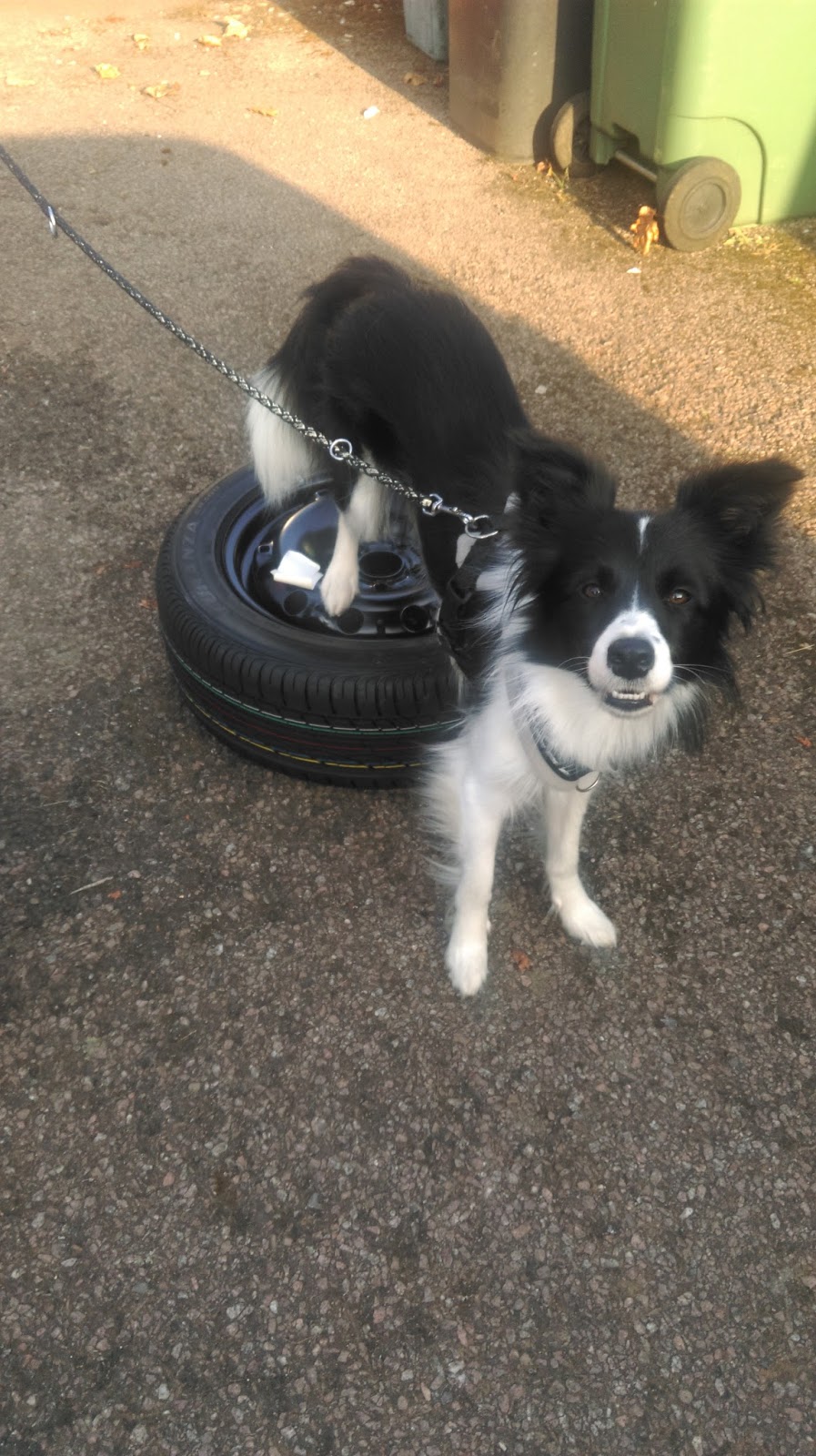 And after all the excitement...a big sleep! 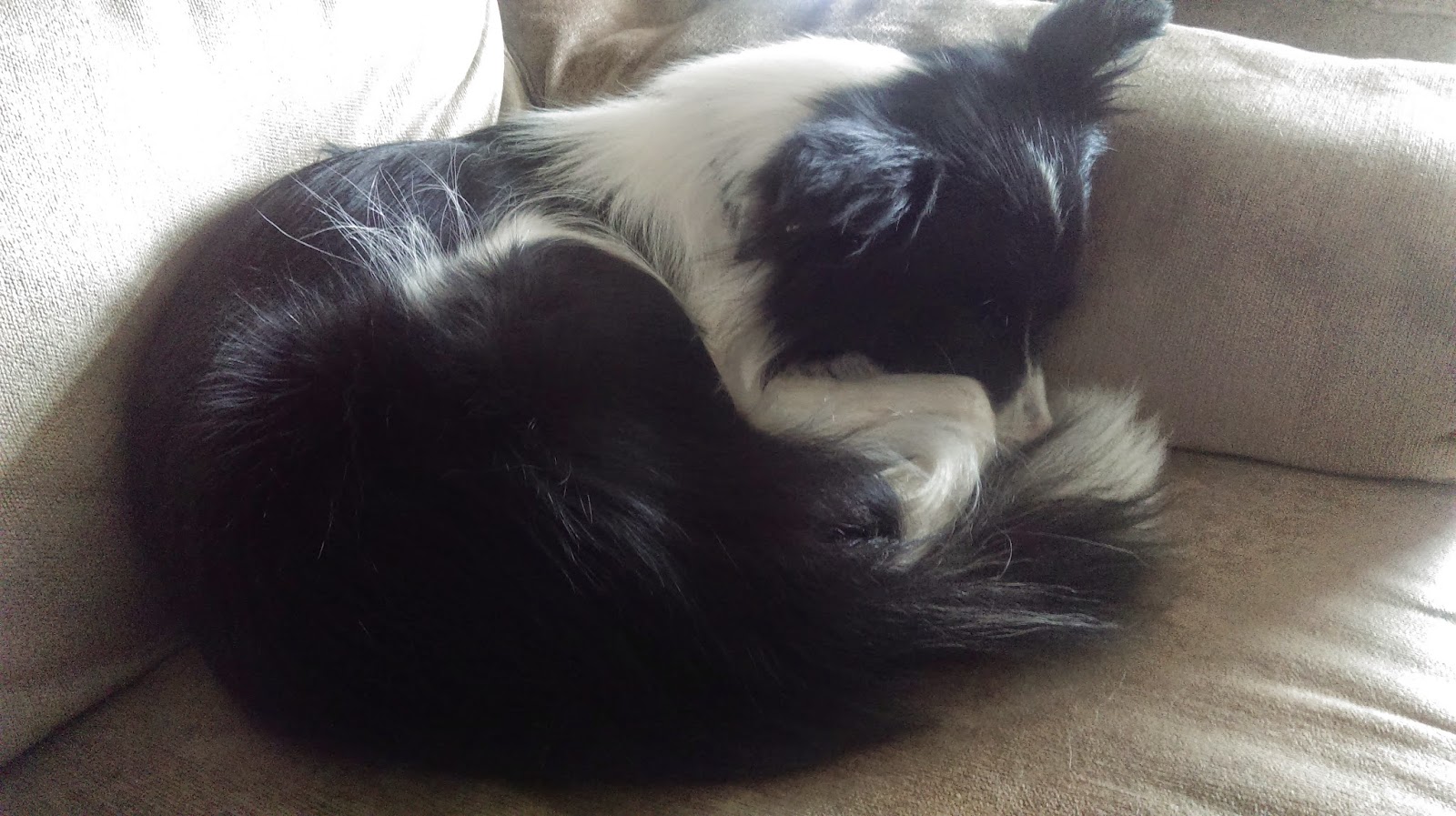