It has been all go since coming back from Holland. We went to teach at sheltie camp last weekend and had some very clever shelties and handlers despite the bad weather. The turnout was pretty poor compared to last year but probably as we had changed the weekend and it fell on a bank holiday when people were busy :( Our dogs enjoyed the fact that there weren't as many people there as they got to play as well! Brodie tried his paw at Rally and scent work which he loved and Brooke did some obedience and Matt was again told that she shows serious potential in obedience even if he doesn't!! Bracken...well have you ever seen a flying squirrel on a wildlife programme?? Check this out! She has decided that running A frames are great fun!! 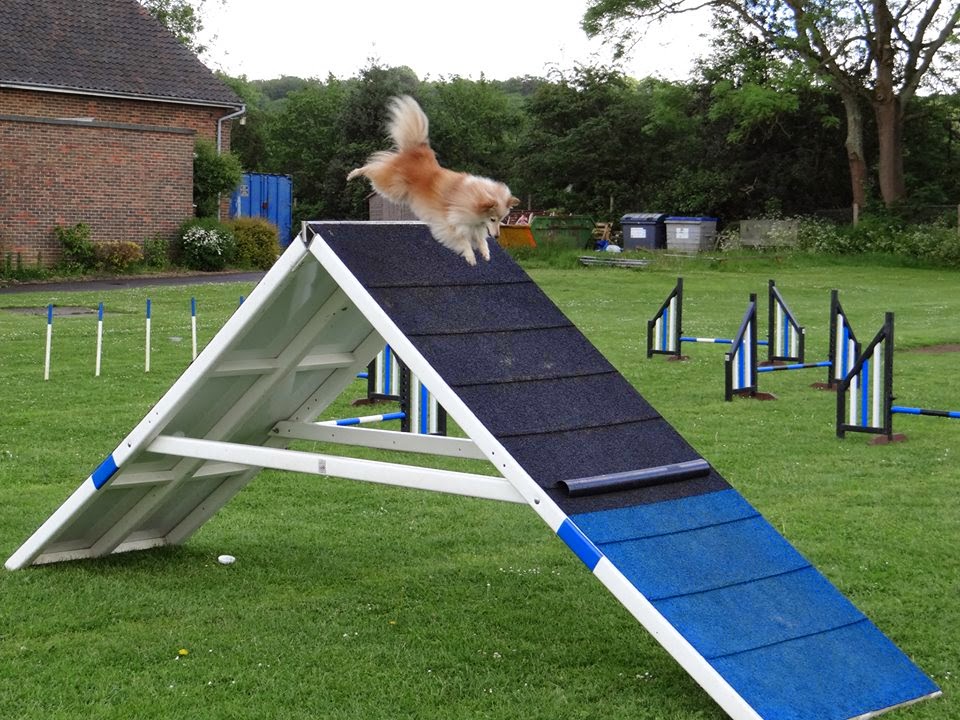 I have been bad and not downloaded the ifcs videos off the camera yet (we didn't film all of the runs) but need to get round to it!

During the week I took Dolly to Quad paws UKA show to get her out and about. She was such a good spanner and didn't care at all about the rain and mud. I didn't walk the jumping course resulting in an E so bad me but we came 2nd in Novice agility and won gamblers!! She also did the best E ever in a steeplechase run-she absolutely flew!! Unfortunately she flew past the last two jumps as well but I was so happy with how she was working :) Here she is posing and looking very serious! 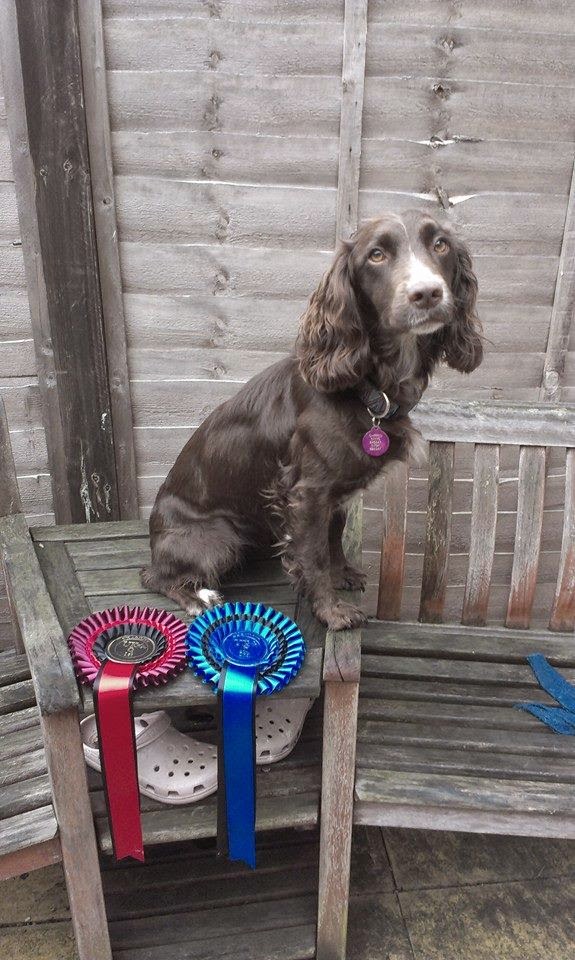 Its such a shame that we can't get her out to many KC shows because of her being G1 and having to do C1-3 classes which seem very thin on the ground.

We went to Keston KC show yesterday and were competing Brooke and Brodie. They were both nutty in their first agility run! It was Brookes first ever Grade 5 show and clever little bean managed to get a jumping win that was quicker than the G6 and 7 dogs. I actually managed to video it on Matts phone-excuse her gobbing all the way round!

Brodie was a clever toad and managed a 3rd in the G5-7 jumping, really pleased considering it was quite a flowing course and he managed to pull of a tempting jump! Jenni and Rommy won their G5 jumping too so very clever J9 shelties :) What with Chester Beagle winning into Grade 7 and Bailey lab winning Beginners Steeplechase we had a LOT of cakes at class on Friday!! All such fab doglets :)