Uh oh, we have entered an obedience show in Februaury! I do like doing a bit of everything with the doglets and seeing as we are on the ESSC Working Section (sheltie club) committee its nice to see the obedience shelties strutting their stuff. They are such amazing versatile little dogs and throw themselves into any activity you want. Ours are hilarious doing obedience training, Brooke spits the dumbell out and wants it thrown rather than presenting it nicely, Brax tries to get BETWEEN Matts legs instead of in finish position at the side of him and Brodie is a lazy toad and lies down in his sit stays-we will be the entertainment I'm sure!! Its a shame that its a sheltie only show as I would love to do a bit with Sparkle as its a nice way to get them working in a ring with a judge and steward. The shelties have all won out of Pre-Beginners so they have the retrieve to do as well-must find the dumbells!!

Here is Brooke doing some heelwork with Matthew back when it was sunny. He has been told many times that she is perfect for obedience and should do more-she is awesome at agility though so it might have to be a retirement hobby for her!

The other slightly scary thing is that I have entered Brodie and Brooke in showing classes! Brodie has been in the ring lots so I'm not worried about him as he will love showing off. Brooke has never been taught to stand let alone be gone over by a judge so LOTS of practice to do! I had a little practice this morning and she was typical Brooke, took it all in her stride and posed beautifully. I just need someone with a camera and I'll be fine! 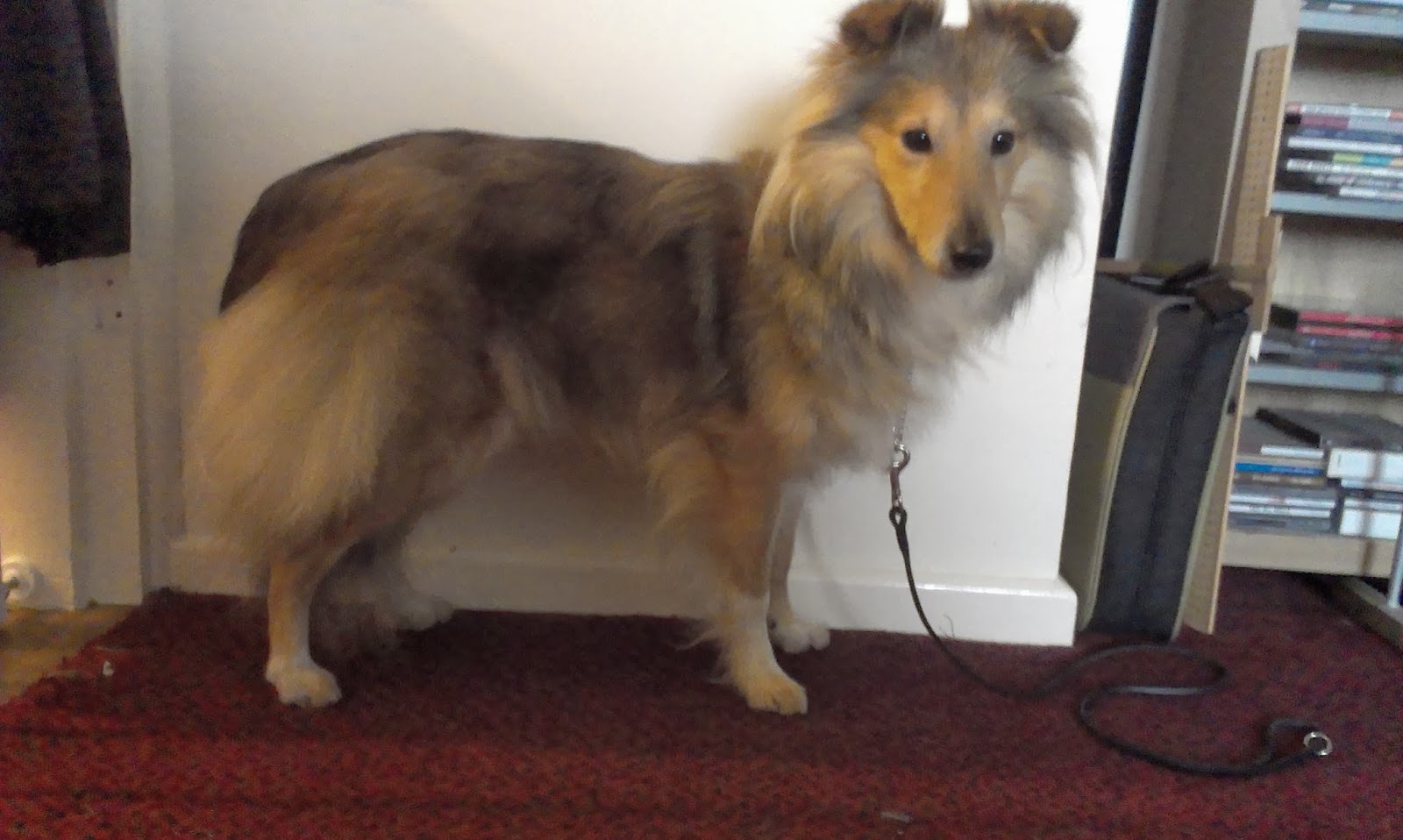 First attempts at standing her-I had to stack her rather than free stand her to get her feet in the right position-she does have lovely angulation in her hind legs-sod the showing, look at that power for agility!! 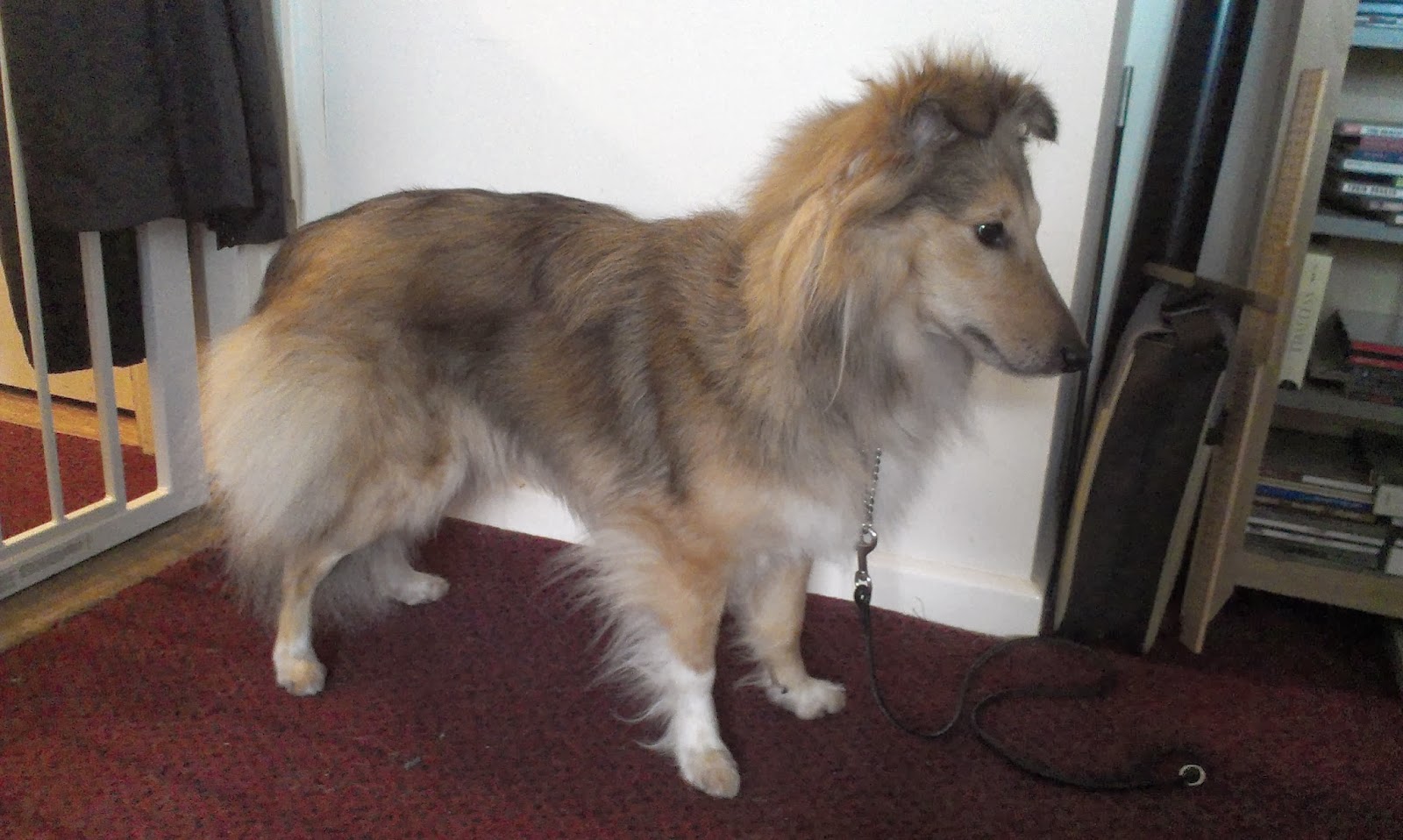 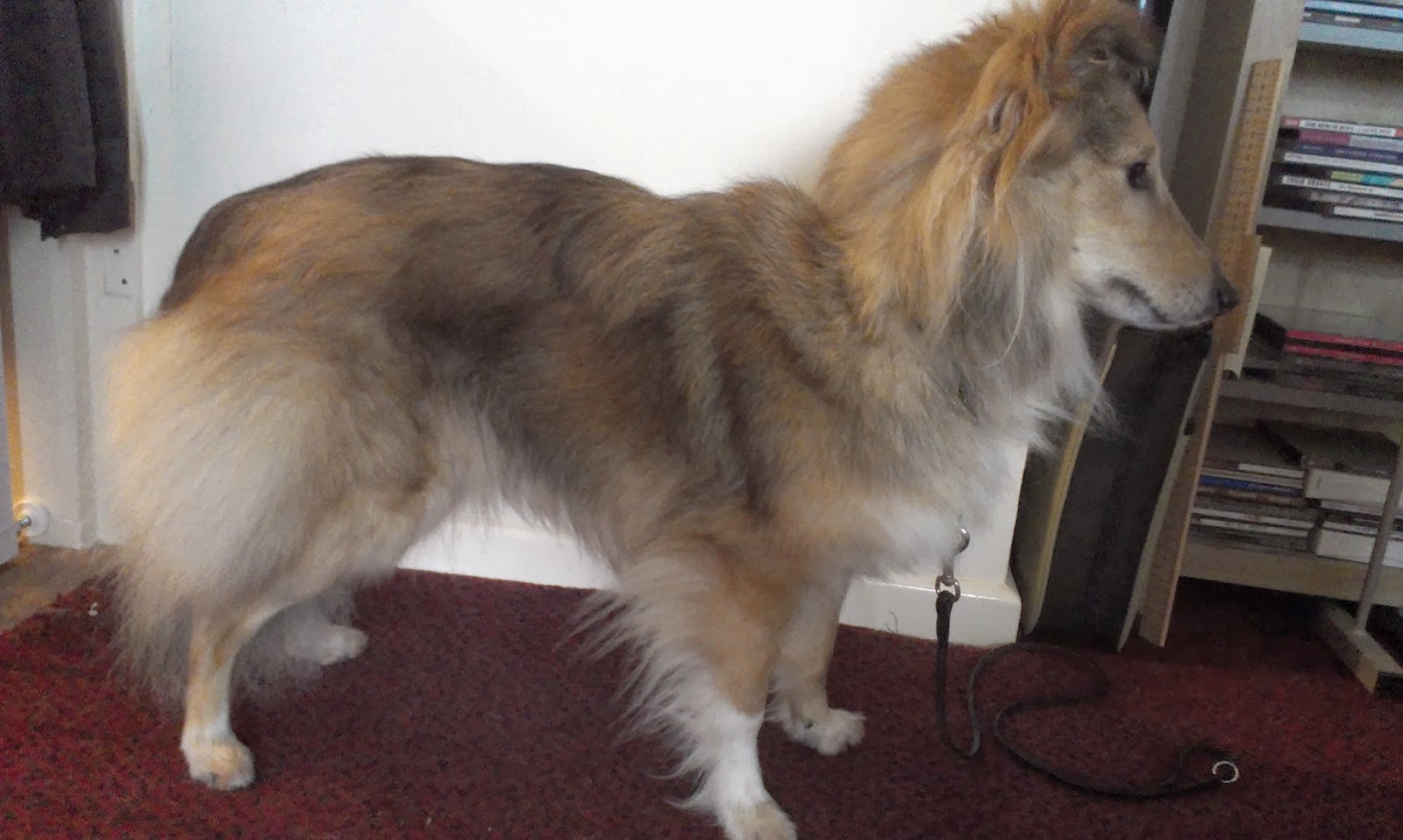 Brodie had a bit of a bad tummy earlier in the week so he had his butt hair and tail plaited up (thanks to my ace groomer Jenni for the tip!!) It shows his hind legs better-he looks a bit sad as his tummy hurt :( He isn't stacked properly in this picture but he is very four square normally. He needs a ear hair tidy too! 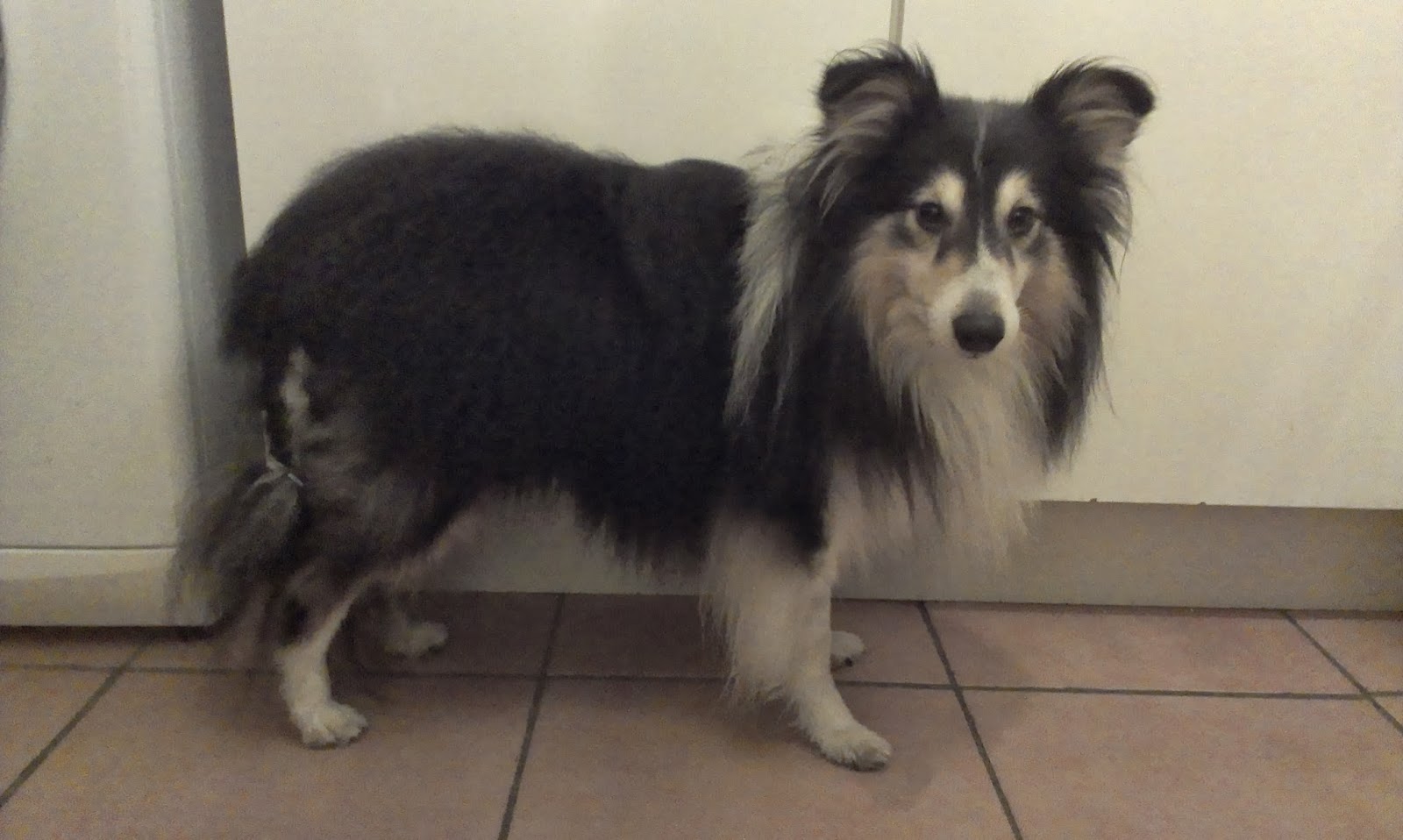 Here is Brodie in action doing some gridwork this week and loving it!! Flying fuzzball!! :D

Sparkle and I went to a 'Injury prevention in agility dogs' worskhop on saturday. It was very interesting as it was run by my Sally Medcalf my dog physio. Sparkle was a good puppy and concentrated very well though all the exercises. Here she is doing a sensory labyrinth with a balance harness on-you can tell how hard we are both concentrating!! She slept soooo well after, bless her x 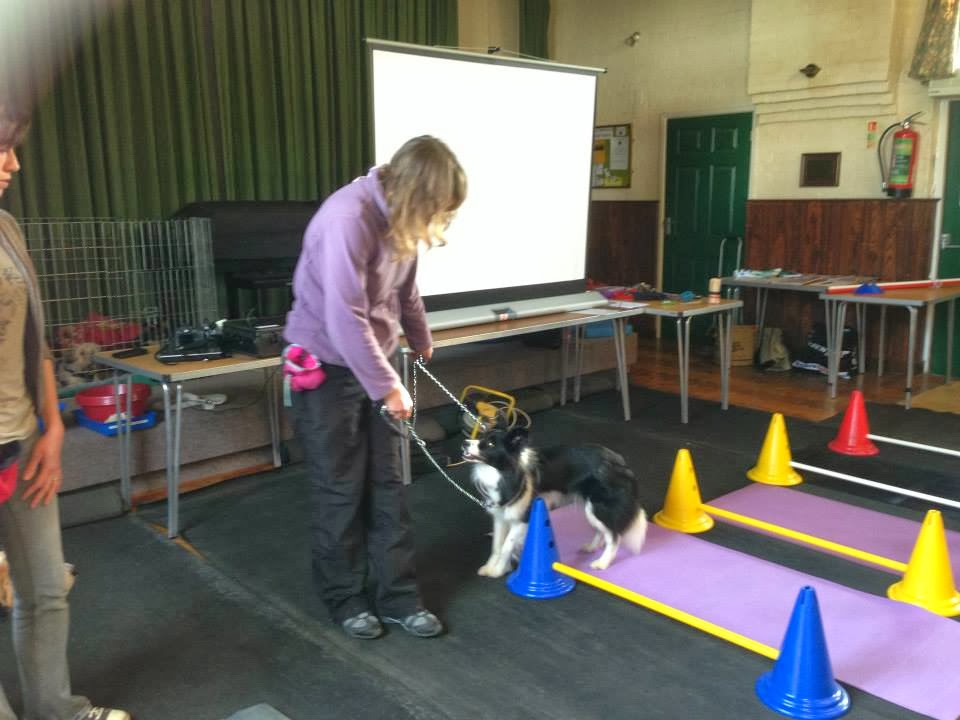