Canine conditioning and a visit to the dog barn

Wow what a busy weekend!! On saturday I took my two doglets for the second in a series of canine conditioning classes with Gail Baker. It is something that I feel very strongly about and am always aware of, even when training various people who never plan on competing. You wouldn't expect to drag yourself off the sofa and do an assault course once a week with no warm up and a very basic fitness level...yet we think our poor dogs can!! I have to say that the people I train are awesome and most can be found in the car park before a lesson walking their dogs round and doing stretches. Most of the competing dogs regularly see a veterinary physio (who competes in agility herself) a couple of times a year as well.

Brodie and Sparkle were really good and got another batch of homework, it is amazing how much better they have got at the exercises over the few weeks between sessions. Sparkle can now beg! (Well with the help of primula cheese!) Her leg lifts are much better now, this picture was taken at the first session, Miss wobbly pants! 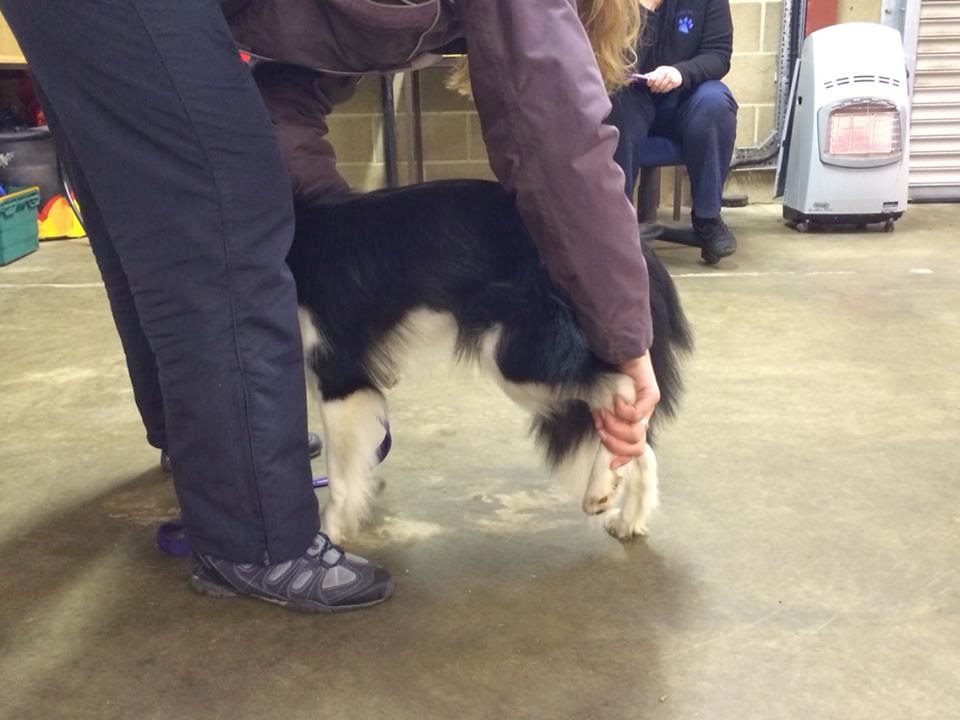 Yesterday we went to the Dog Barn in Banbury as I was teaching a couple of Brooke's nieces as well as some of the owners other dogs. It was great fun and wow those pups are talented! Our girlies had a go each and really enjoyed themselves. Poor Matt was very rusty having not worked either girl properly since the beginning of Dec but they got it together and started to look like a team again. This was Matthew running diddle ginger!

Sparkle worked well, it is such a great venue and I love the fact that she has now worked in nine different venues on equipment and just got on with it. She even seemed to be ok with Matt restraining her :) She did get chased and bowled over by a sheltie in the exercise field which I was pleased about as it was about time she was on the receiving end of it!! She is great around other dogs and people but its nice for her not to be too bold all the time. This was her sucking up to the shelties :) 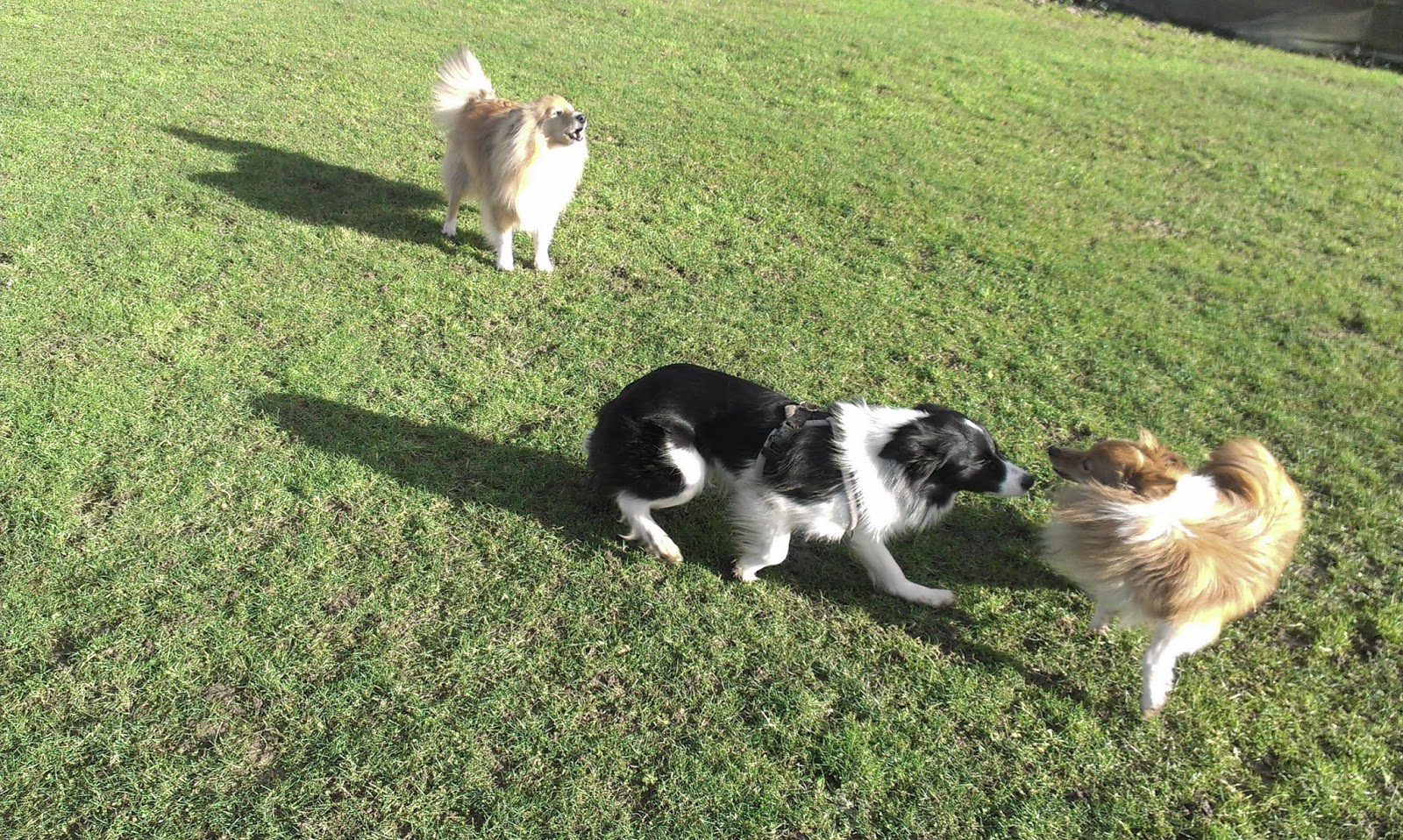 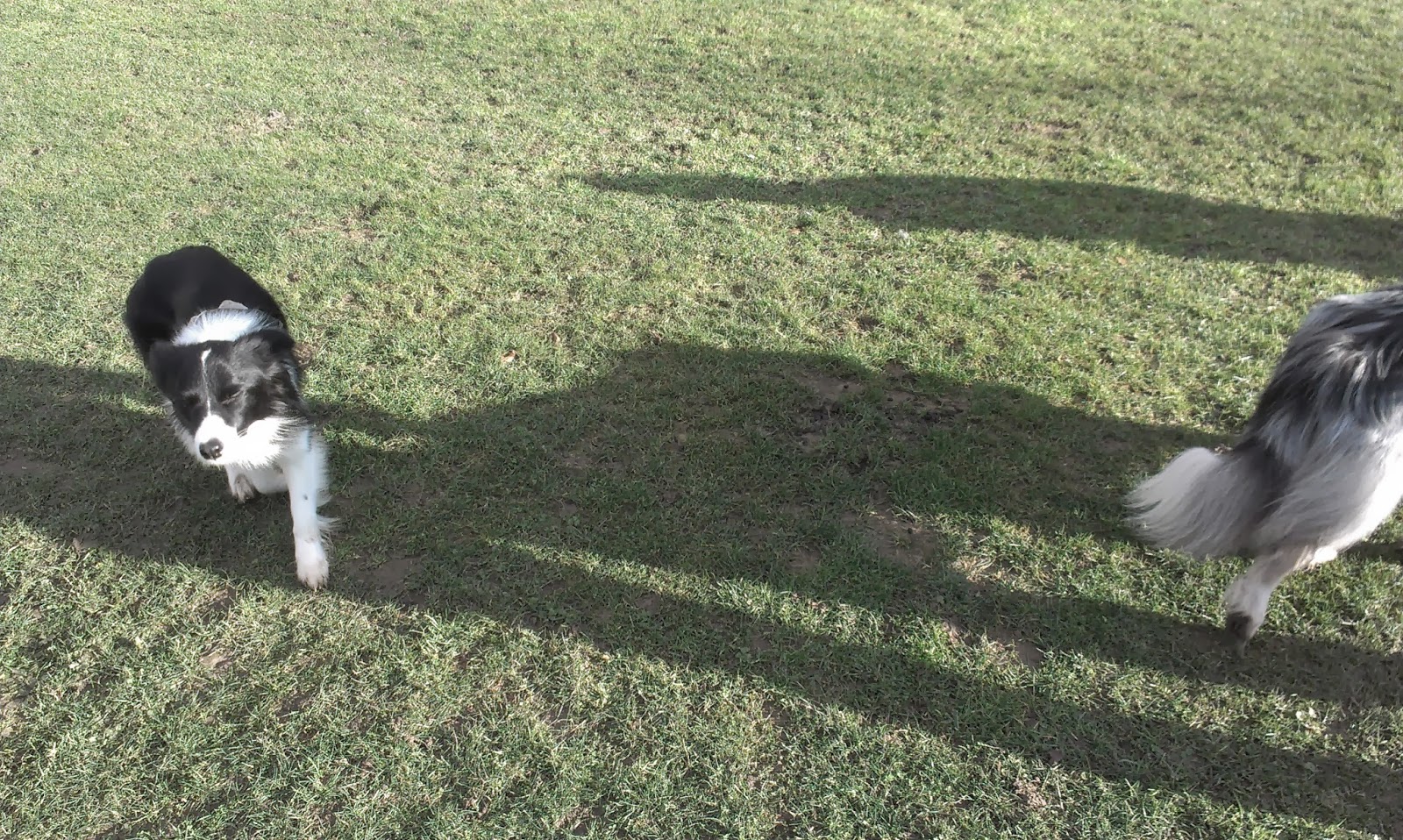 And when she got hold of a ball she went and sat on various peoples feet with it!! Daft pup! Mr Toad has been on his holidays at Auntie Jenni's house. It sounds like he is having such a good time with them and his mate Rommy. He is probably enjoying not being beaten up by all the girls! I have missed him like crazy but its better that he doesn't get stressed about Brooke. Jenni has been great sending me pics of him! Here he is all muddy and happy on a walk with his best mate Rommy-super handsome boys :) It is giving Jenni practice at having two shelties too...! 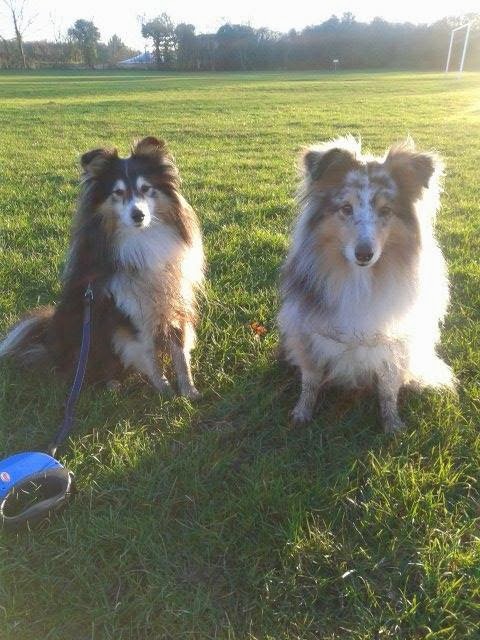