Bru got to play at JDA show this weekend and got strikes 1,2 and 3 to Grade 7!

Spark did two runs, won one and had a total brain fart in the other

Brooke did a lovely clear

And so exciting to see loads of J9-ers doing so well, such a proud trainer!! 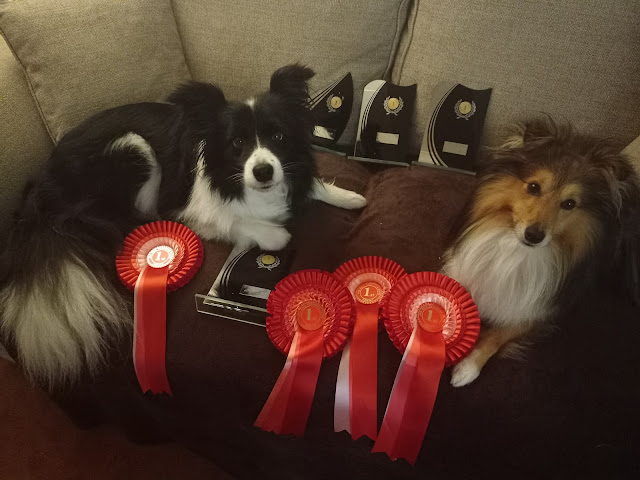 This is Bru's agility win, it was a bit hairy as he hasn't learnt Aframe with a tunnel curved round the bottom of it! He was a total superstar and nailed it! Frustratingly he would have won another agility if he hadn't slipped in the weaves. He has been back and forward to the vets over the last couple of weeks with a lump next to his stopper pad. It is still a bit of a mystery but was quite inflammed and almost like a thorn had got in there. The vet had a poke around and put him on antinflammatories and antibiotics and it has gone down so quickly! He had two weeks doing on lead walks and no agility which made him a bit annoyed!
This is Sparks jumping run. I would post Brookes run but its very wobbly as Matt was trying to film and hold Bru who was losing the plot a bit!!
Little Branston pickle is growing legs! He is such a happy sweet puppy, takes everything in his stride and it totally into everything...nothing is safe!! I have never had a pup that picks so much stuff up either 😂 Here is his 11-12 weeks video
Posted by Rhoda at 08:27