Kelluki Hoopers, Agility and a visit to Pure

So the past two weekends we did two Kelluki visits, the first was to do Hoopers with the three shelties and last weekend was for some agility. The Hoopers show turned out to be a bit fraught for us as we had three dogs running in a group of eight and as the ground had been wet we couldn't park really close to the rings (totally understandable) We had turned up in good time to warm the dogs up but we hadn't banked on our group starting to run much earlier than expected so we ended up on the back foot for the entire show and running around juggling dogs which was stressful to say the least! We have decided that two in a group is a limit or it isn't enjoyable!! Bru did so much cool work but no clears this time, Brodie loved having four runs got two clears (one was 2nd place!) And Brooke Bean at her first hoopers show had one teeny blip in each class but still ended up with a 2nd place! She loved it!!

Here is one of each of the shelties runs...

Bru 💛 Hard to see but he missed a hoop!

Brodie 💙 2nd in this run
Brooke 💚 2nd despite going the wrong side of a barrel
I need to do a sofa picture with all their lovely rosettes and trophies but its hard when you don't get them on the day anymore! We haven't got any more hoopers shows booked but it is definitely something that the shelties enjoy! We are hoping to get to some more workshops over the winter.
We also got round to sorting some of the garden out although the green bin is constantly too full! This was the last harvest of tomatoes and courgettes. 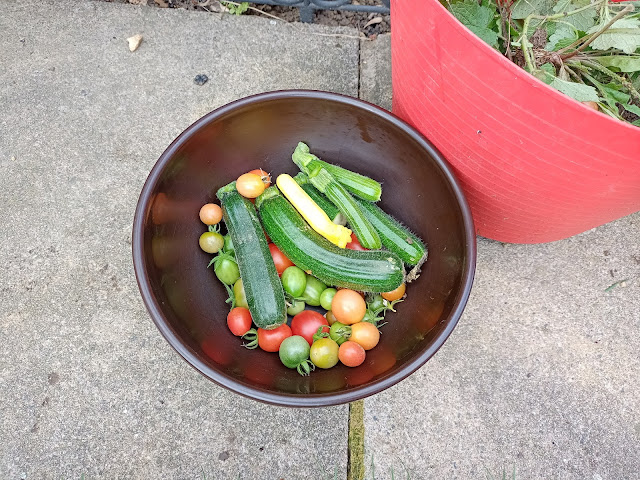 And harvesting our runner beans for next year...I always think that they look like the magic beans from Jack and the Beanstalk! 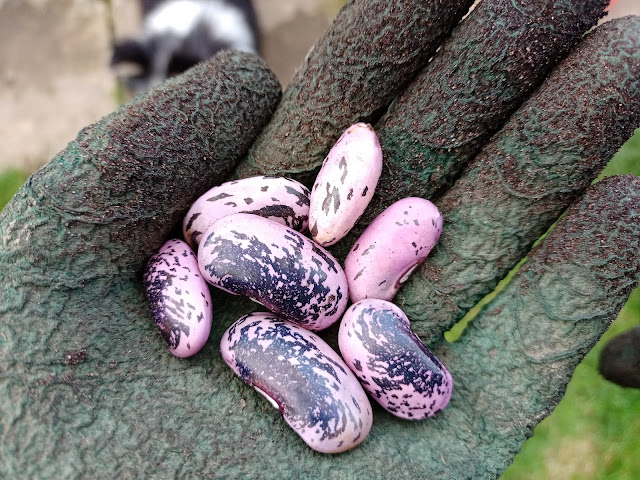 My little field helper missing her toy, this photo makes me laugh! 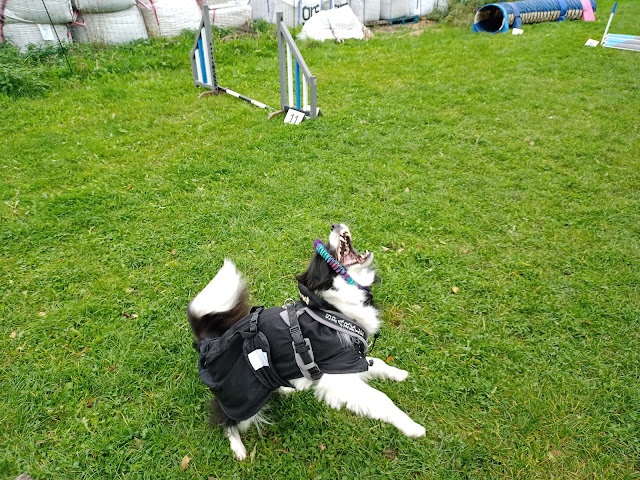 Unfortunately Bru managed to pull some of his dew claw off 😔 It is healing well underneath but we decided that Kelluki agility would be a bad idea given the ground may be bumpy and muddy. He was absolutely furious to be taken to a party and not get to play!! 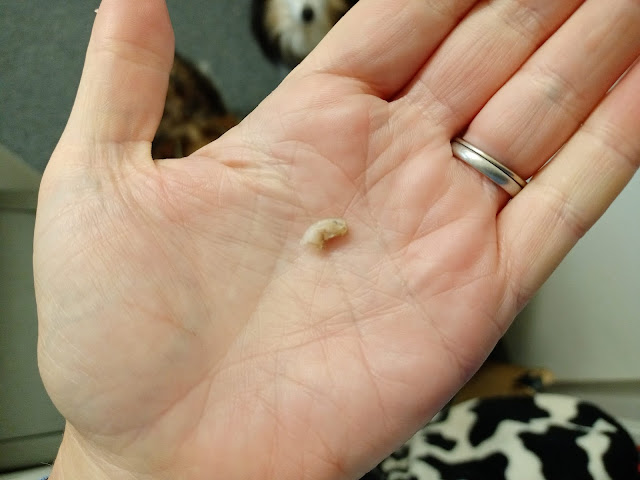 The two girls enjoyed their agility day out though! It also meant that we were only there for a couple of hours unlike most of the day 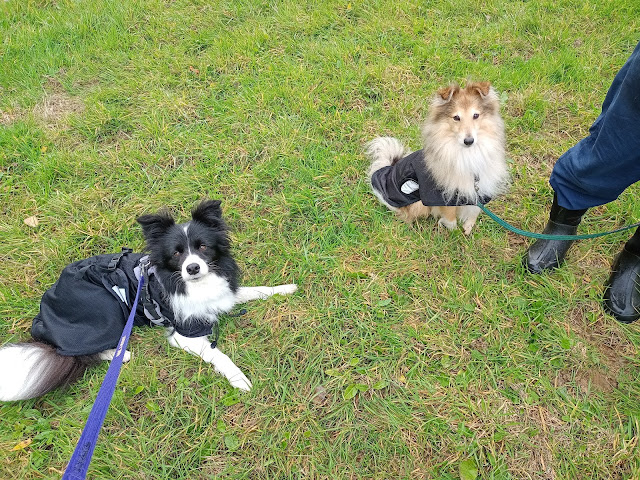 Brooke came 3rd in this G6-7 jumping, it was such a hard course to remember for some reason, particularly with only 5 mins to walk it!
And Spark was a good girly 💜 one pole in the first agility (such a fun course!) she won the second agility (again really flowing course) and we got E'd in the jumping but I was thrilled with being able to leave her in the weaves! Here is a compilation of her runs
She was a tired puppy after!! 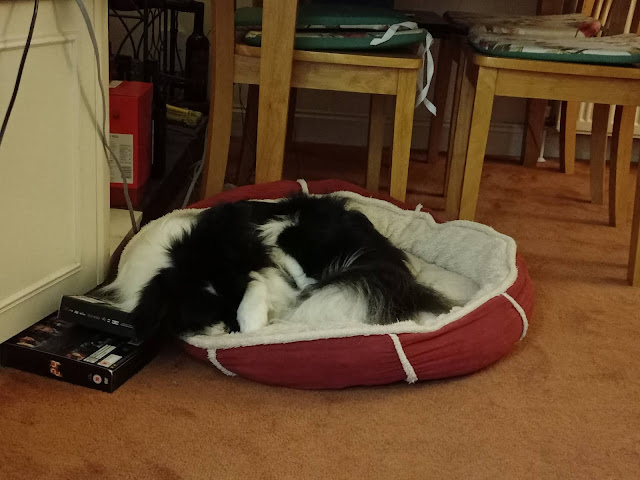 On Sunday Bru had a workshop with Walter at Pure which is a new indoor astroturf venue. Bru worked so well and he was fine working with his nail wrapped up. 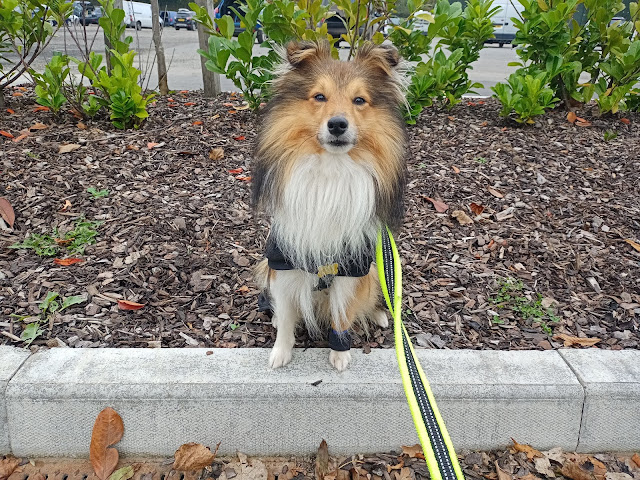 This was him doing the whole course
I couldn't work yesterday or today as the weather has been really wet this week, Toad has enjoyed having his Mama at home! 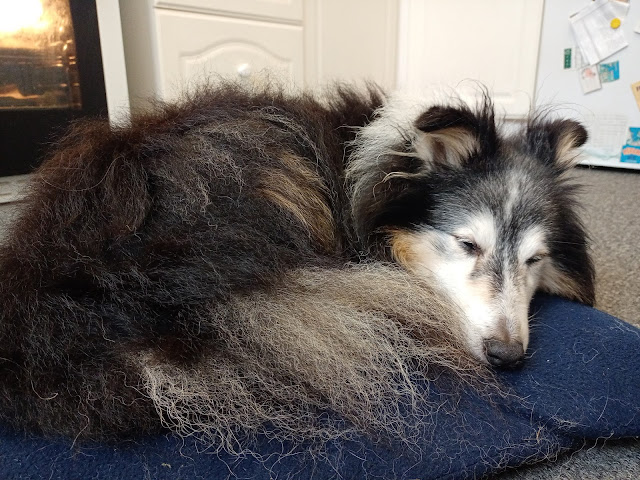 And I baked vegan molasses cookies...they are yummy! 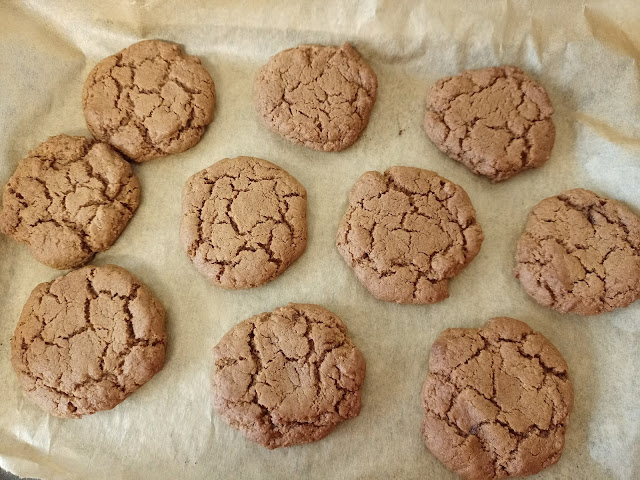 And a still from a video but I thought it was a cool action shot!