Can't believe that little Rupert bear is two years old!! 💛💛💛 He is the sweetest, cuddliest little puppy and just so willing to please! We are biased but he is also a very handsome boy 😍 He celebrated by going to an agility party at Wallingford show and he managed to get his first ever clear round at KC and won the C1-7 steeplechase!

And what a lovely rosette and trophy he won! He also managed to get 12 weaves third time in his other jumping runs! Pesky weaves just slow him down! 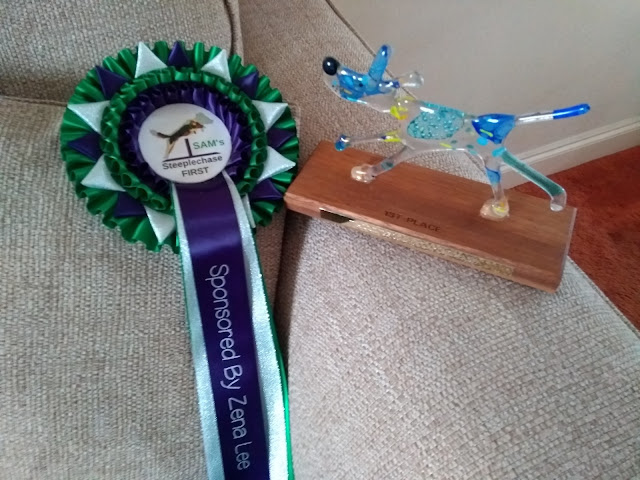 The aftermath of his busy day! 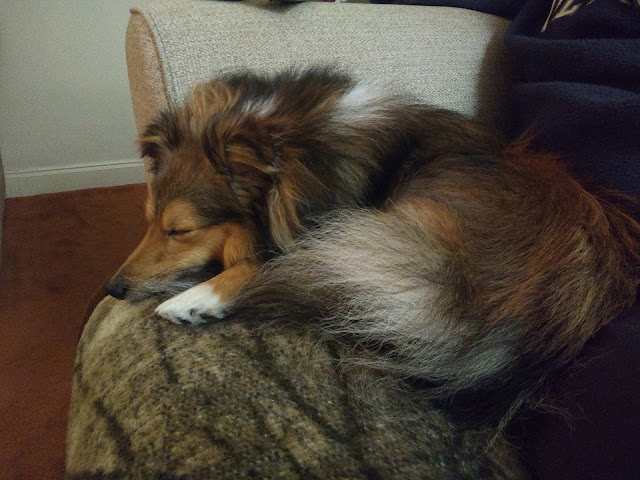 The girls and Toad did well too, Brodie was clear in his steeplechase, Brooke won her jumping and Spark was third in her agility. 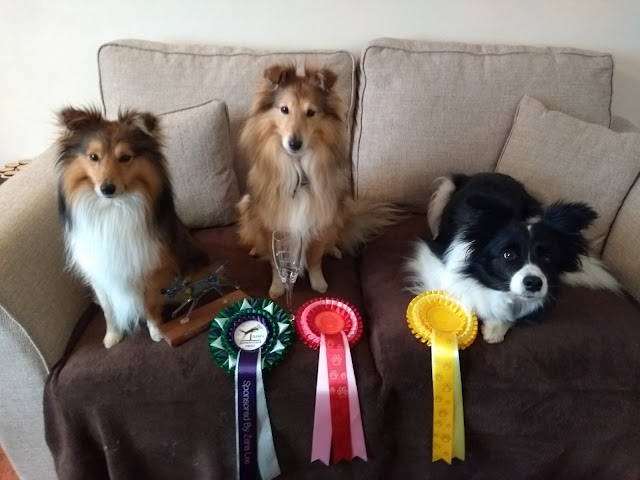 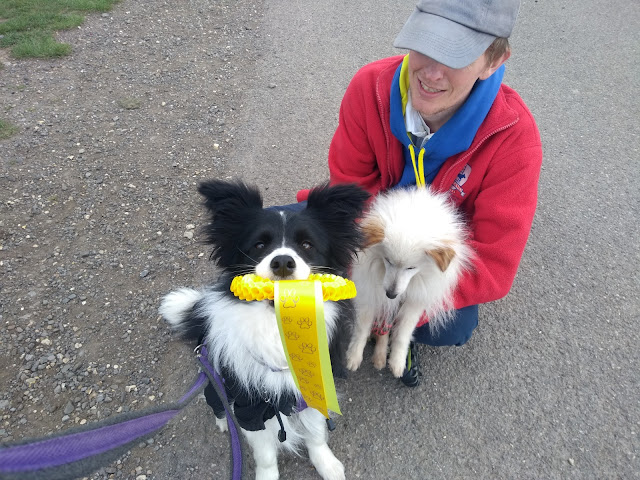