Last weekend we went to the ESSC Working Section AGM. As trophy secretary I have to give out the annual awards. There are trophies for agility, obedience, working trials, junior handler, rally and veteran dog and some of them are sooooo old! I'm giving up this year as have been doing it for 7 years but wanted a pic of all the trophies together. 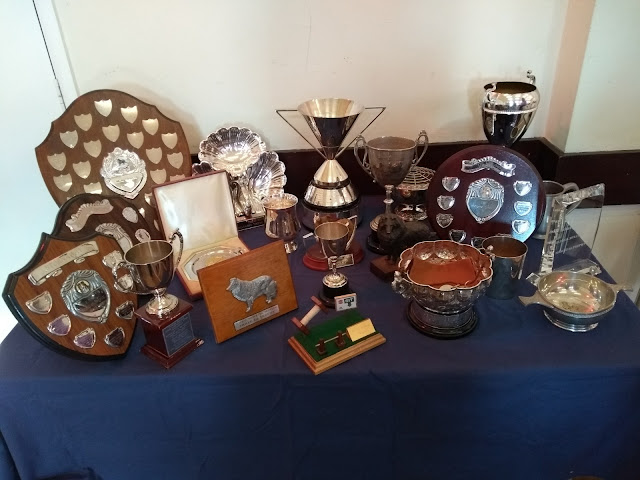 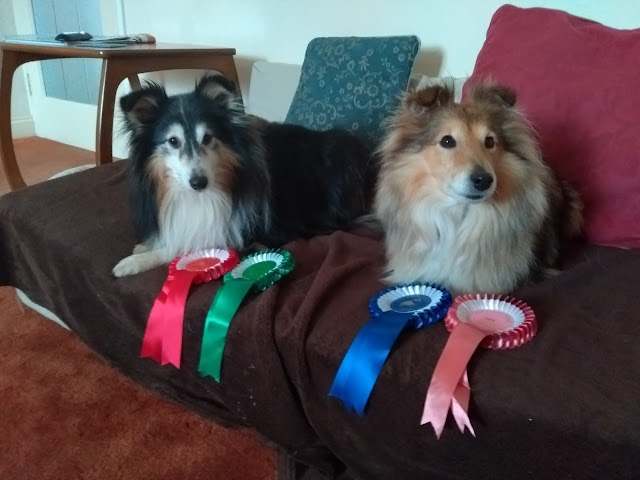 Its been so cold here, this was the start of the week when we were doing pyjama walkies with a sprinkling of snow 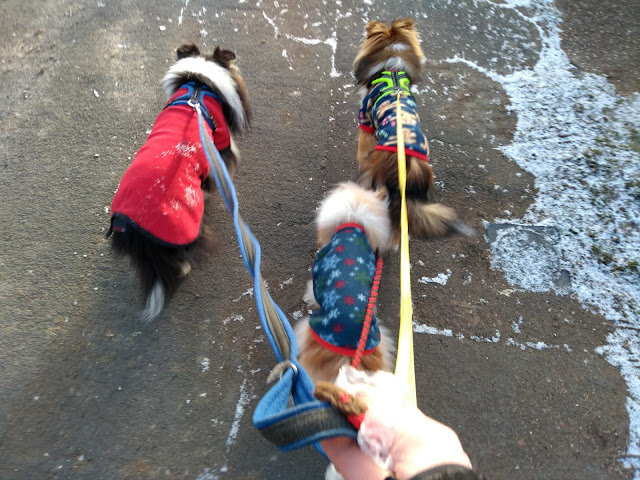 And this was a few days later! A thick covering of snow again, we have had so much this year! 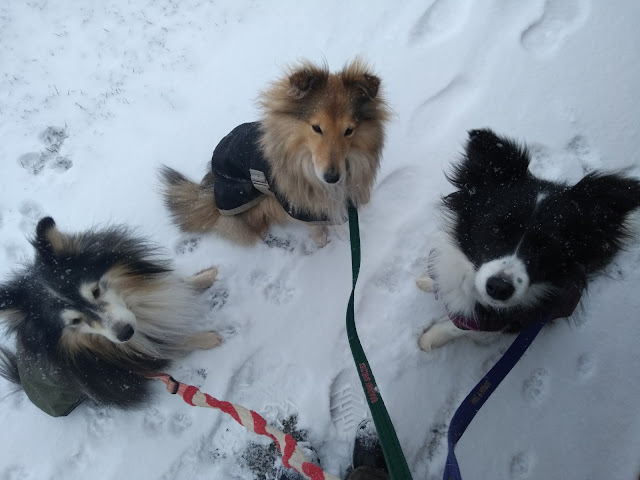 Not that Spark is complaining as she looooves the snow! 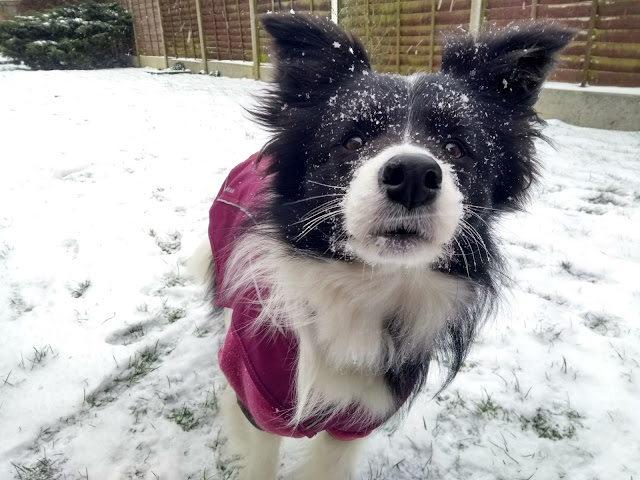 Brax isn't so impressed by it! We cleared her a little path to get to the garden :-) 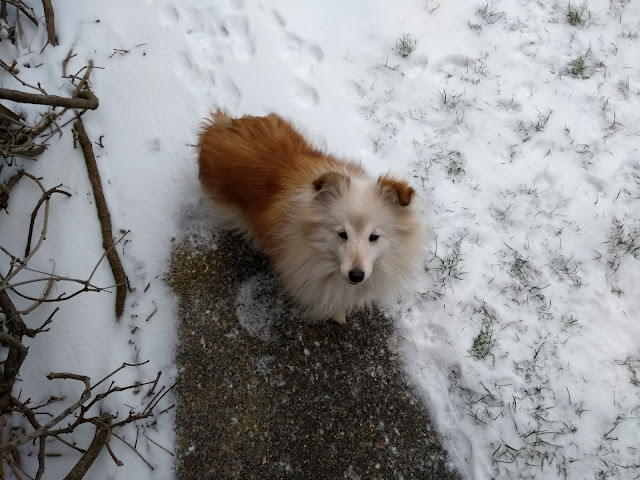 Bru thought it was amazing fun! 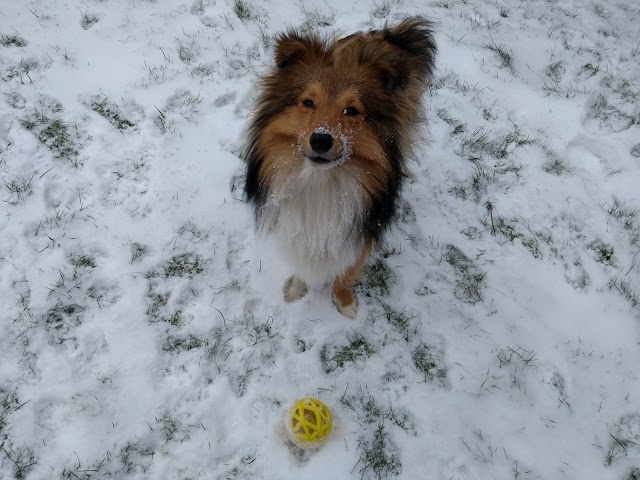 These two are snow monsters as well, Brooke likes to do zoomies in it and Brodie uses his nose as a snow plough! 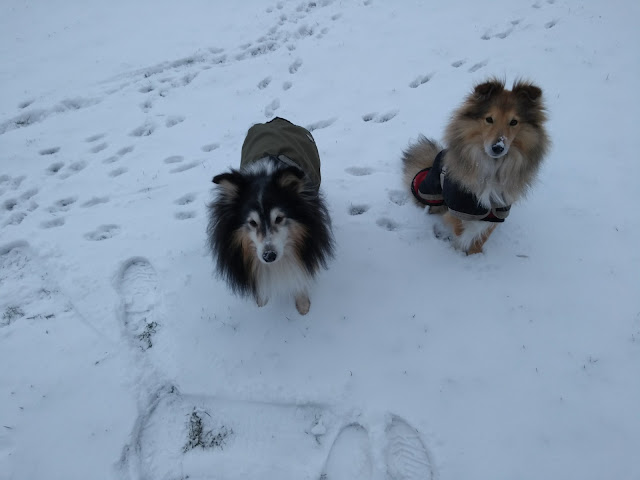 As a result the snow we were supposed to be at this weekend has been cancelled which although its a shame is so sensible! Hopefully we will get some nicer weather again soon, I hate not being able to work!