Bru is now 16 weeks old and has had little adventures down to the rings at shows. He seems totally at ease so far with the environment which is great! We are being careful to take him by himself at the moment as we don't want him to learn bad habits from our others (who are mostly good but can occasionally bark at dogs running!) 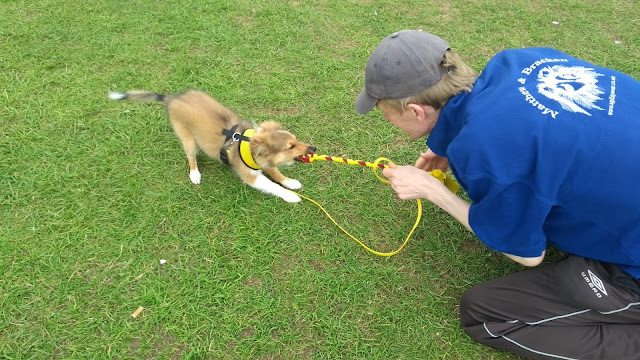 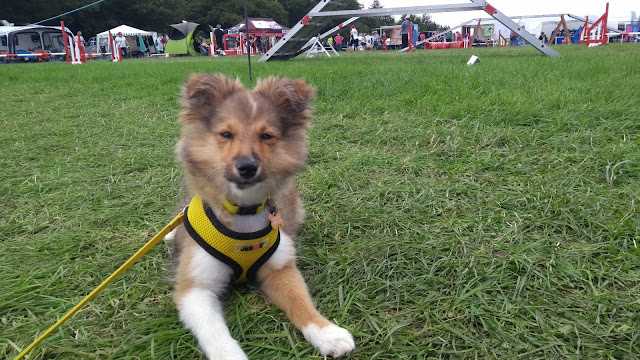 At KCI (Kennel Club International Agility Festival...biggest agility show in Europe) Bru met up with his breeder and brother Sirius who he loves! He also had a play with two of his littermates Gap and Zooma, they had fun beating each other up!! 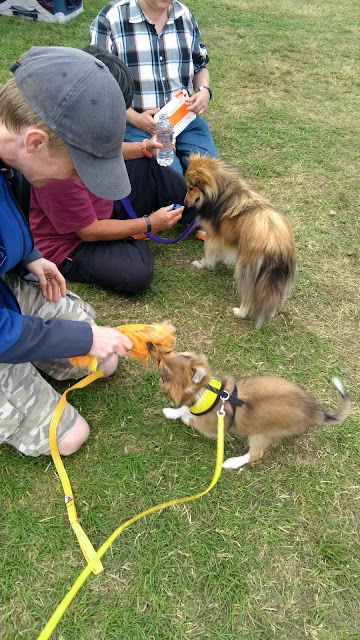 Brooke had a issue running up to KCI as I had stupidly (still kicking myself) thrown a ball for her in training and she had skidded and rolled onto her shoulder and was lame. A trip to physio revealed that she had put her first rib out and was sore in her neck. She did compete at KCI but wasn't quite right in the jumping so she is on rest for a bit longer. 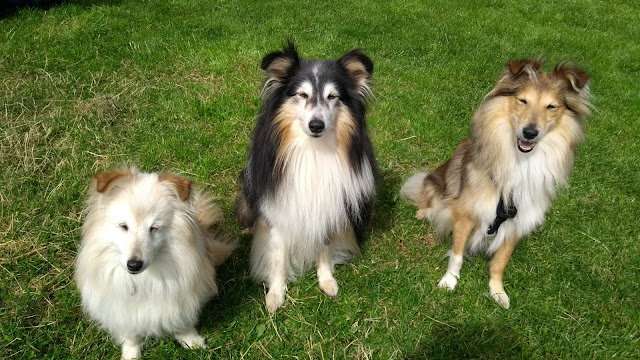 Spark has never gone clear at KCI before and this year excelled herself! We had 5f in the weaves in the British open jumping and managed to come 2nd out of 232 dogs in the agility which qualified her for the semi final in the main ring! We got E'd in the semi but she ran so well and didn't disgrace herself in champ either coming 6th in the jumping and having 10f in the agility (a refusal and then a pole) 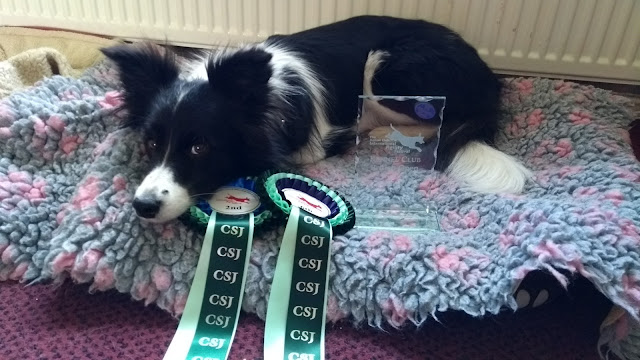 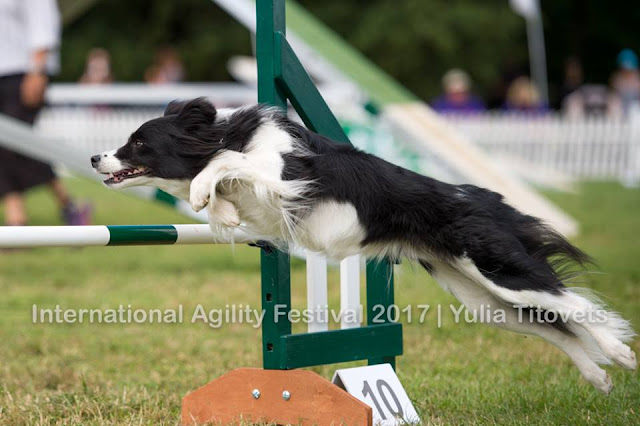