What a busy weekend the doglets had! We did agility and rally which meant all of them were doing some competing over the weekend :-) I had a bit of a moment at Rally as I got stuck in traffic on the way and missed walking the Level 2 for Brooke and Spark. Everyone else had declared their running orders so I ended up right at the end with both dogs...I almost turned round and went home again! But decided to stick it out and see how Spark was in their indoor venue (after freaking out a bit at Leamington inside with the shutters banging) I shouldn't have worried as she went in and did an awesome round and got an excellent score of 200 and just out of the places. The judge did point out that I need to slow everything down with how I work her tho...her time was hilarious! It puts her into Level 3 (and off lead) for her next competition! 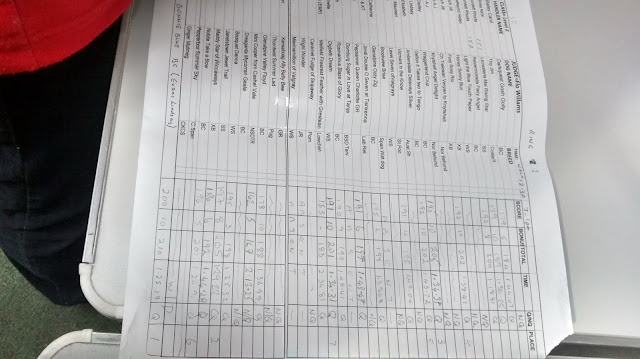 Brooke was at a disadvantage as I didn't have the same time to get her focus as I had raced back to the car and grabbed her. She was excited and got a lot of marks off for excessive jumping on her left turns. She got a score of 189 (one off excellent!) but worked so well apart from the jumping! I actually managed to walk Brodies course and it was technical but flowing. He was an absolute dude and managed to win it! Into Level 4 in style! I had lots of lovely compliments about the round and how we clearly love working with each other :-) I adore that dog! 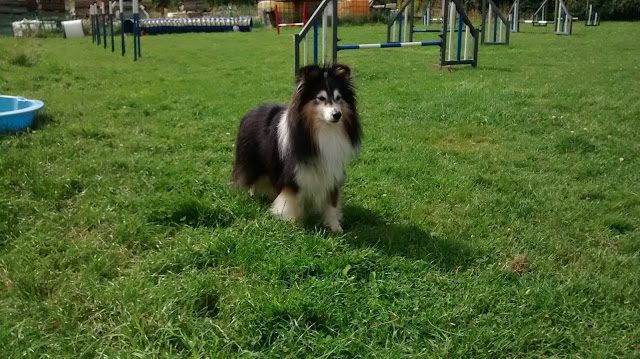 We also competed at Barking Mad show at the weekend and the doglets were amazing...Brax was back in the ring but running for me as Matt was away watching cricket. The old girl did well and flew round! In her graded 1-7 jumping she was out of the places but if they had combined the results across all the grades she would have been 8th out of over a 100 dogs! Sparkle had her brain in gear and managed to get two jumping wins so is now halfway to Grade 7! 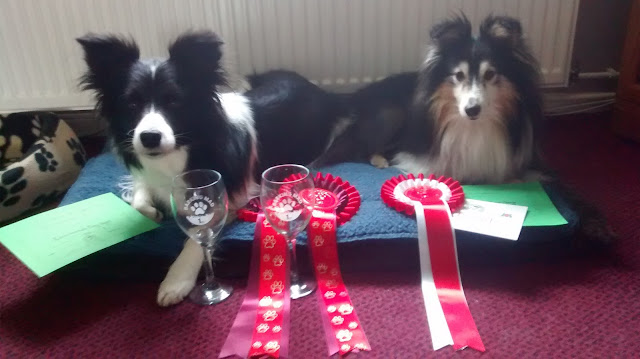 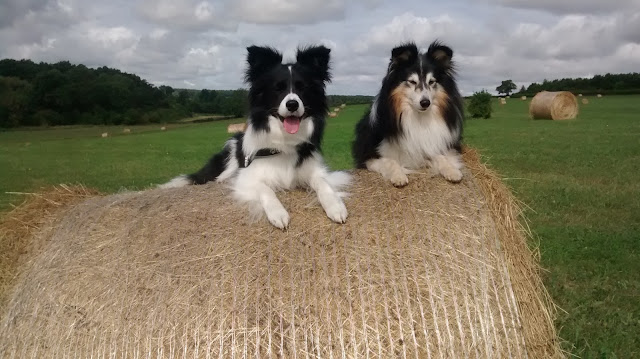 Sadly Brooke fell over coming out of a tunnel on her bad shoulder during the week and is sore :-( It is so frustrating as we were doing so well. I hope it isn't too serious, we have been resting her and doing biomag but will have to take her to see Sally physio I think. She isn't happy :-( 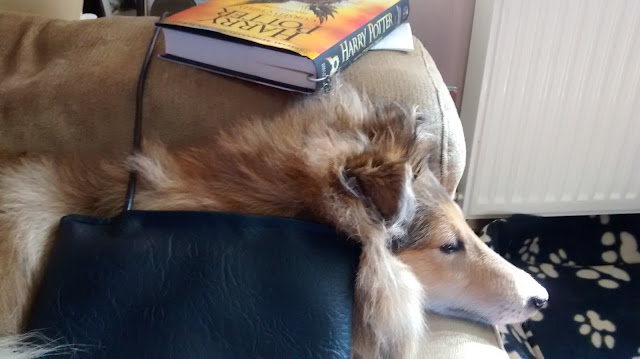