I took my two to RVA show at Just Dogs Live, it was a lovely day out and I really enjoyed watching the displays, visiting the shops and playing agility of course! Brodie only did a jumping run due to the windy conditions meaning I pulled him from the agility. It was my first time running LHO and he really enjoyed it!! 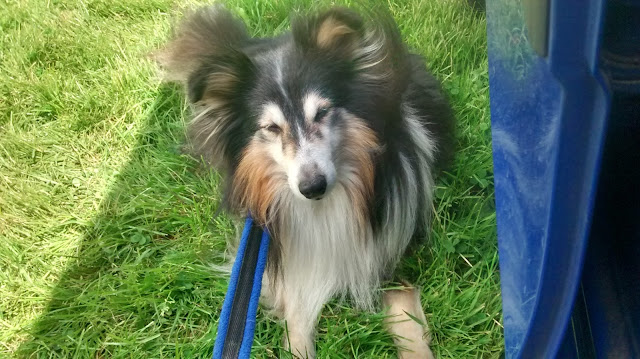 Sparkalina was a good girly, she had an absolute blast in her first class which was the C3-6 steeplechase Animal Health Qualifier. She managed to win it which was great especially seeing as it was combined over all heights as well (160 dogs) She won a lovely bed and gift voucher! Having broken a weave pole at Dans in her lesson during the week she seemed to have a weave wobble in both of her other classes. It was her first G6 show so I'm pleased I got her round the agility course...she managed to get 2nd despite having 10f in the weaves!! 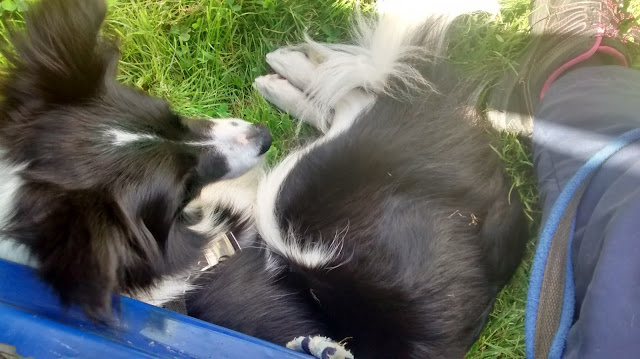 She approves of her new bed! 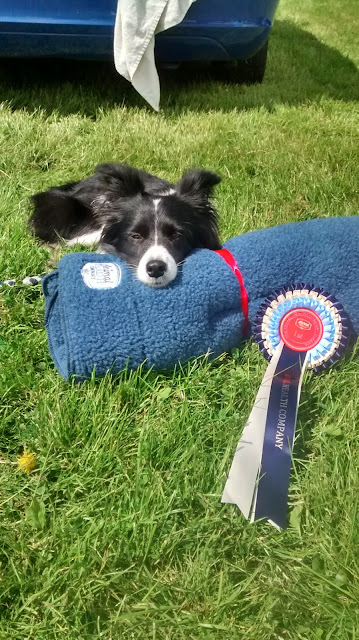 Brooke and Brax had a little play in the field over the weekend as well. I started mat work with Brooke in the house about a month ago and she has worked through all the foundation exercises well so we tried her on the plank for the first time and she did really well! She isn't allowed to do a stopped contact any more due to her shoulder whereas running is much easier on her. She is loving learning something new!

Brax is feeling much better and is now almost 3.5kg! We let her do a couple of easy sequences in the field and she was totally wild :-) We have entered her into a few shows coming up in August.

Brooke has been allowed to be off lead over the fields with Brodie...love this pic! 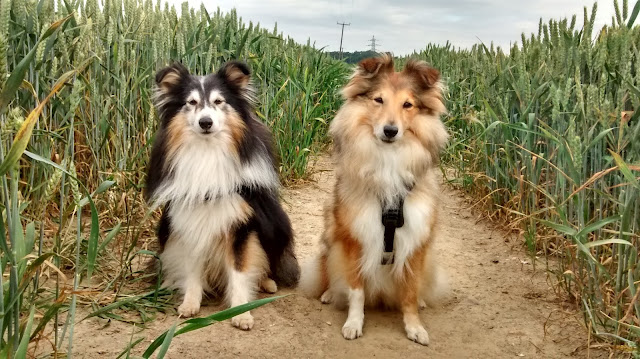 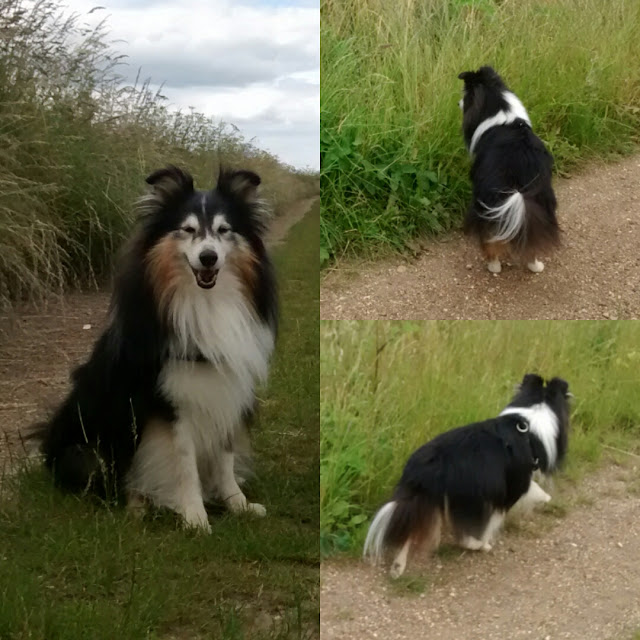