Last week passed by in a haze!! I can't really believe it so maybe writing about will help it sink in a bit! 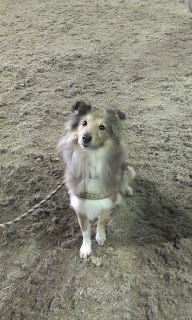 We went to the UKA Grand Finals last weekend and we had Brooke in beginners steeplechase, Bracken in circular knockout and masters and Brodie toad in masters. Brooke was up first and from the moment she entered the ring you could tell she was distracted and a bit overwhelmed. It is quite an atmosphere with the commentator, viewing gallery, electronic starter and LOUD music! We think in hindsight she was probably distracted by having her Grandma Lian there (more on this in another post) but her brother Sonic was awesome winning the midi height Beginners Steeplechase!! :)

Masters jumping was up next and Brodie was the second dog to run in the first height-eek!! The course was pretty fast and flowing (see below-click to see better) and I took a gamble doing a serpentine on 7-9 but it paid off and stopped me cluttering up the box and getting in his way trying to get my dodgy knees to front cross!! He was an absolute dude and ran clear finishing in third behind two other shelties (Fudge is in a league of her own, lol!) 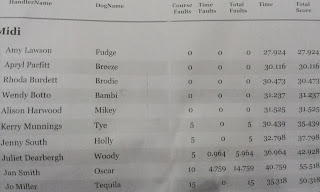 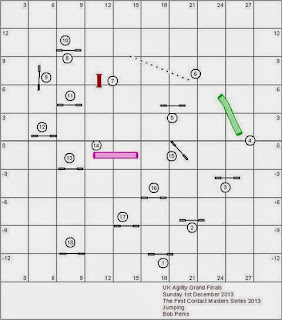 Brax ran the Masters jumping like a wee rocket but sadly got E'd by going back over the wall instead of chasing Matthew to 11. It was a real shame as she was flying and she had the fastest split time. She went to run the knockout after the jumping and got through two rounds which wasn't bad going on a fast course :)

Masters agility was an interesting course and I couldn't wait to have a crack at it! I was one of the last to run and Brodie was soooo excited and up for it. I stood in the tunnel waiting to go out just grinning at having the opportunity to run my amazing little dog at such a great final. Well my little buddy only went and did a nice clear round! It turned out that he was the only one that went clear meaning that we had not only won the agility but won the overall Masters!!!! So he is now officially Brodie MA, UKA Masters Champion!! Bless his little socks, I am so proud of him my one in a million boy. I better not start getting soppy about what he means to me as I won't stop but I owe him so much for making our agility journey so fun. To all of you handlers with nervous, steady dogs please ignore anyone who says you will only get to Grade x, y or z - my little toad used to freak out and run like a snail in the ring (after being attacked at training) and look what he has achieved!! 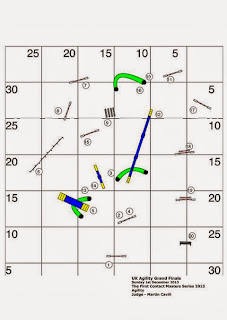 Brax did really well in the Masters agility coming 4th with her new running contacts. She was possibly a bit tired having worked herself up doing a few runs already but I have never seen her run so fast than up the last straight to the finish!! My friend filmed their runs so will post when I have them :)

This is Master Brodie on the podium looking very happy as he has a sheltie girl each side of him! Well done to Apryl and Amy for their places. It turns out that Brodie finished in second place for the win on spot for the WAO team next year! Amy and Fudge will do a fab job representing England-sheltie power! 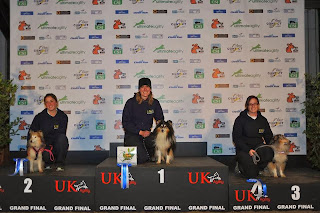 Brodie enjoyed watching the action from the stands!! 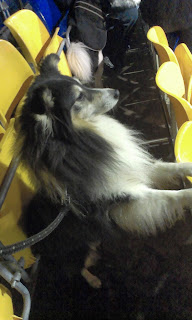 Excuse the rude picture but his is how he spent the evening after his fun day at the Finals!! :D 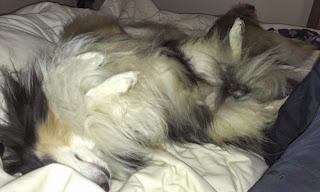