We had a great time away but it seems so long ago now. We saw my Mum and sister and my Aunt, Uncle and cousin in Wales as it was my Aunt and Uncles 40th Wedding Anniversary. We had a lovely time staying with them and wished it could have been longer but we packed lots in to the time we spent there. We probably haven't eaten so well in ages either, especially my Aunties home made ice cream! We had a family meal out on Sunday and I took this pic of my Mum and Amy which I think is cool! They had their dog Tresca with them and all the dogs seemed to be quite happy with each other. 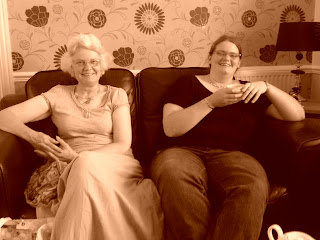 We had a fab walk on the beach at Ferryside and then an AMAZING steak and stilton pie at the Ferry Cabin (well worth a visit!) The dogs had so much fun on the beach and Brodie did his usual getting soaked and filthy! 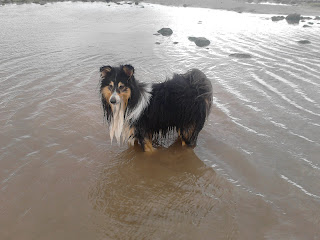 On Tuesday we went to Dashin Dogs in Cheshire and did three days of agility. Brodie was a really good boy and ran well, getting placings in combined 6-7 classes as well as getting his final Grade 6 win! The standard of competition was very high in all three sizes and we had some fantastic courses. Brax did really well in her jumping and gradually got better on her contacts. As they organise their show really well, most days we were done competing by 3pm which meant we could explore Chester a bit and relax. We had a great meal out on night that did a 'pudding platter' to share and it looked so good that I had to take a pic of it! 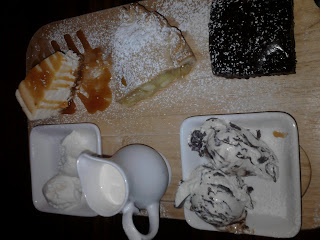 From Dashin dogs we went on to Summer Open show at Ely and again the dogs did well, both getting placings. Brax in particular was really on form and got some good places considering that most of the top small dogs were there for the DFS events. Brax was so tired one night tho that she curled up on my jumper and went to sleep! 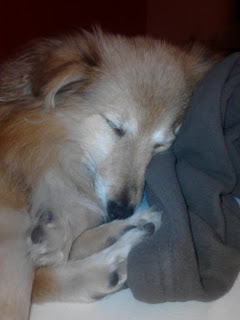 Since we have been back, we had our club show Letchworth over the weekend. I could only go on Sunday, when Matthew and I were ring managing. It surprises me so much how many people do agility yet so few people help. It seems that some competitors don't realise that shows rely on people to volunteer to help or the shows couldn't be run in the first place. People who help often give up runs with their own dogs to ensure everything goes smoothly and even if everyone did an odd hour here and there it would take the pressure off the regular helpers. Sorry rant over now!! Anyway, I did manage a couple of runs with Brodie and amazingly he won the C6-7 agility. Brax also ran in the pairs with Lian and Saturn and they were fab and won by two seconds!! Here is a pic of the shelties with their Dashin dogs, Summer Open and Letchworth goodies. 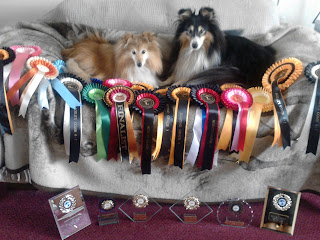