Week off and Lumps

Matt and I have had a great week off work apart from the weather which really wasn't on our side for the first half of the week! Unfortunately for Spark she started the week with a visit to the vets as I found a lump on her tail and wanted them to take a sample which they duly did. Yet again I'm kicking myself that we haven't changed vets as they have been useless at getting back to me with the results! They got the results on Thursday but its only a vet that can tell us and despite me ringing a couple of times he never rang back. I'm furious and worried! I'm hoping I will hear tomorrow and that it is good news 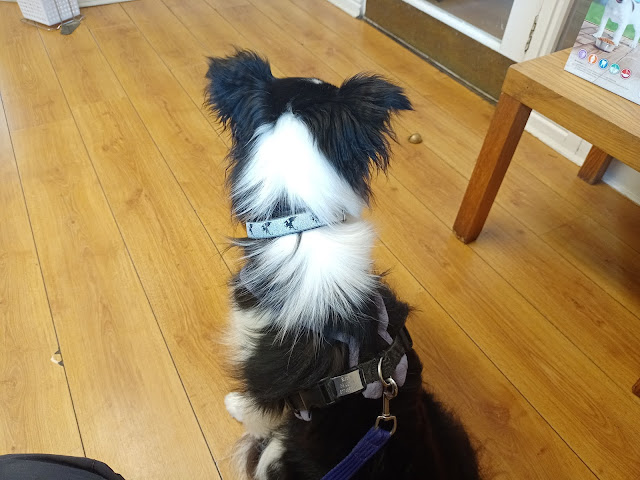 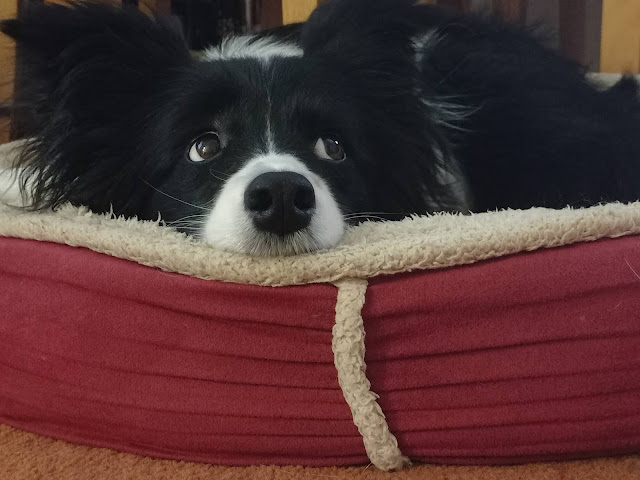 We spent some time in the garden despite the rain trying to clean up our pond...it was gross! We have got rid of so much stuff in there and found a big frog and a newt in the process...they will have more space now! 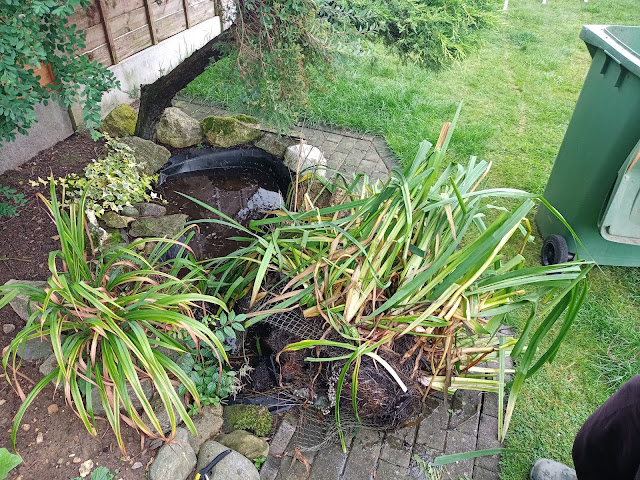 We decided to do a 7 mile local walk on one of the wettest days which was so peaceful (no one else mad enough to be out walking!) and the doglets had a great time. 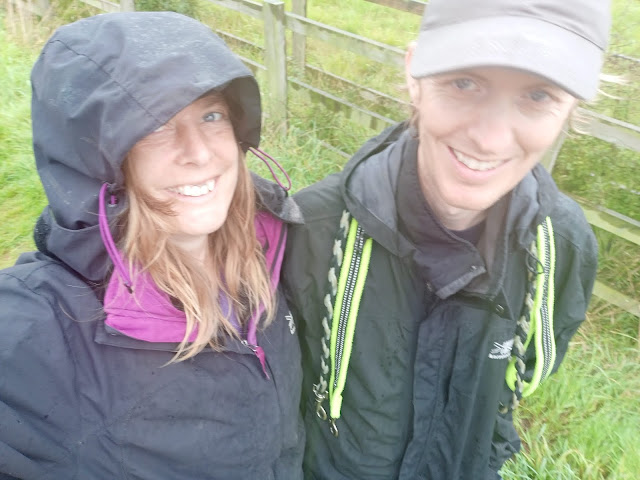 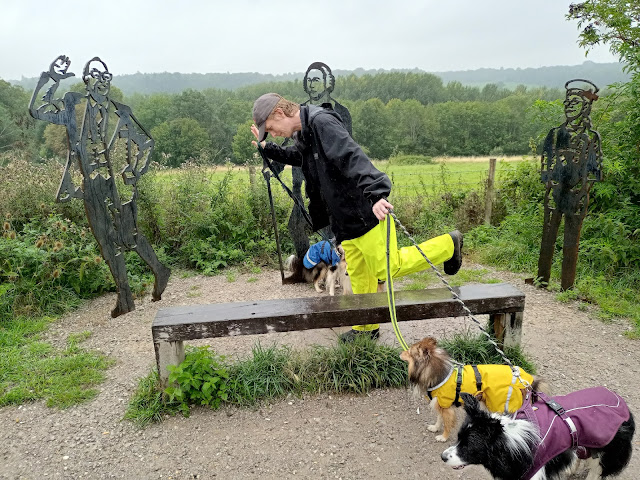 Toad got to be pub dog! He was shattered after such a long walk but was still bouncing along at the end despite being 13.5 years young! 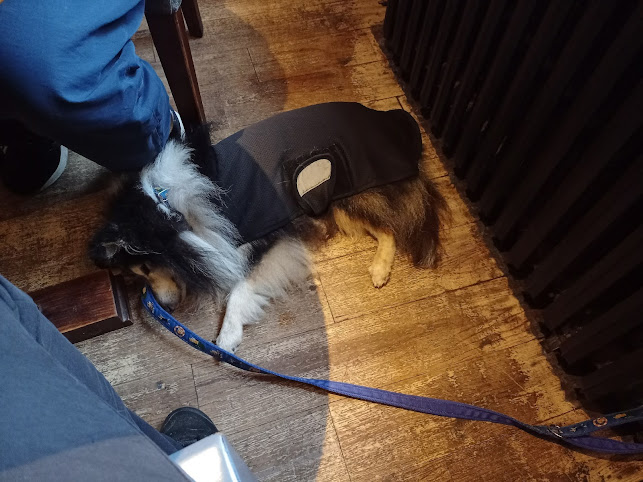 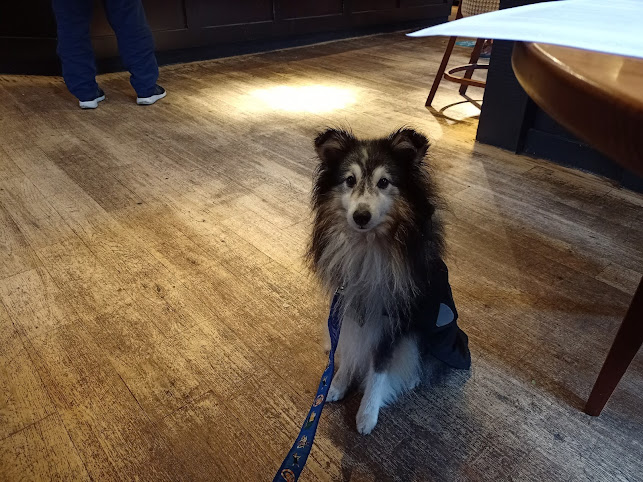 On one of the nicer mornings we had a sheltie photoshoot with Bridget Davey who is an awesome dog photographer (she took the lovely bluebell photos last year) The theme was heather and ferns and the shelties just loved posing for her! Here is Brooke bean getting up close with the camera 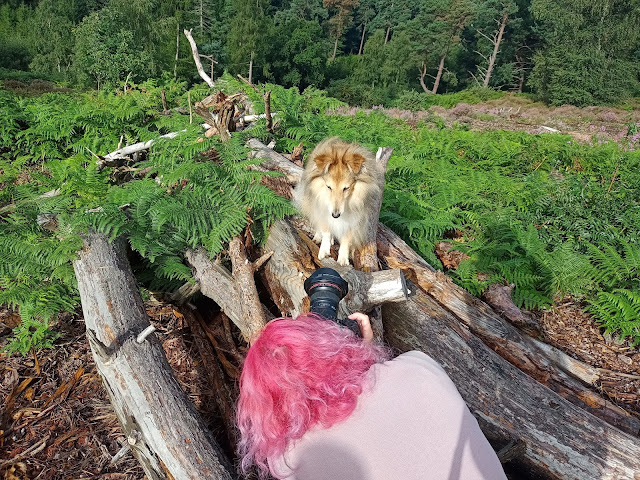 A phone pic of the three of them ❤ 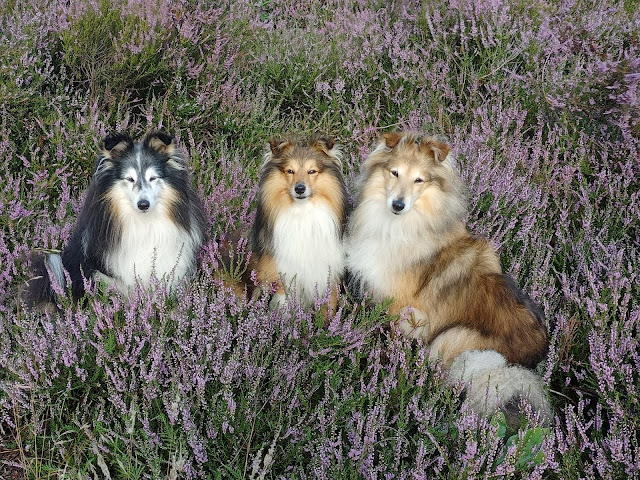 Toad in the ferns! 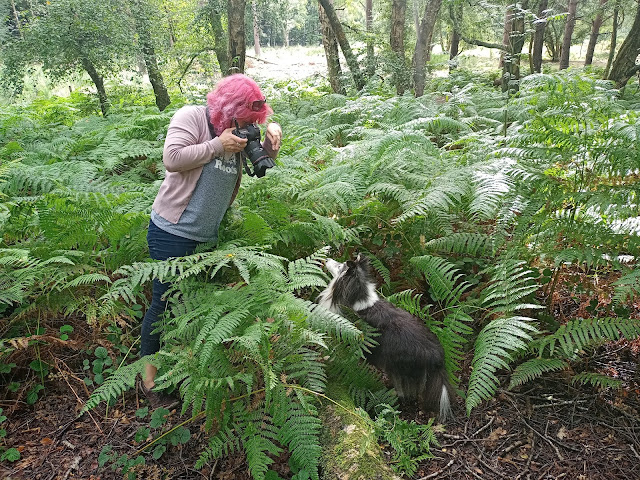 Miss Sparkalina hates cameras so we took her for a separate walk and took a pic instead! 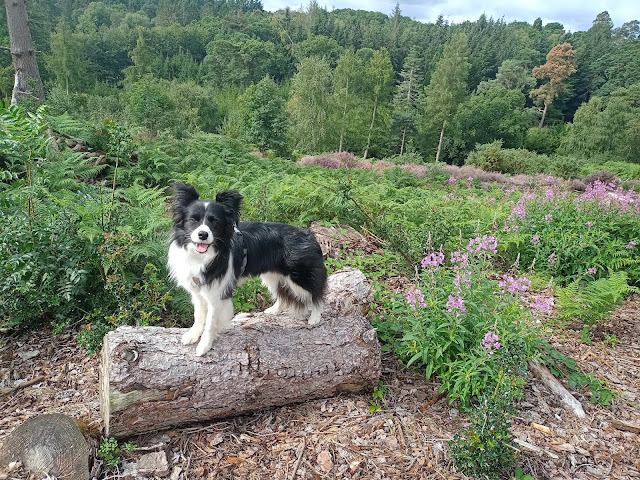 After that we spent the afternoon at Bru and Brookes breeder as she has a beautiful litter of pups (Bru's half siblings) I could have taken this little boy home! We also had a chat about future litter plans and I'm so excited about a pup hopefully next year fingers crossed! 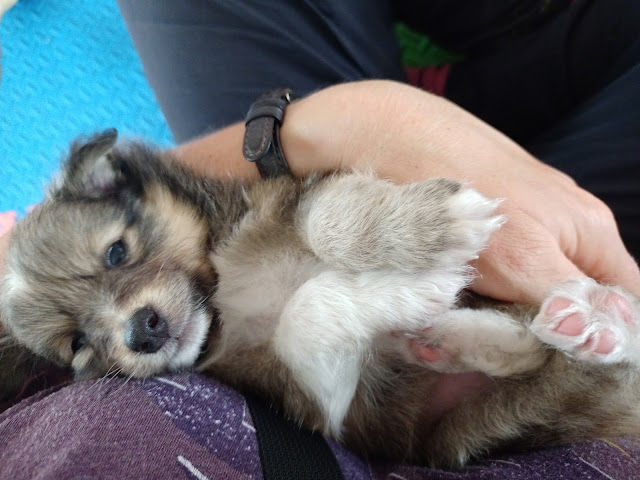 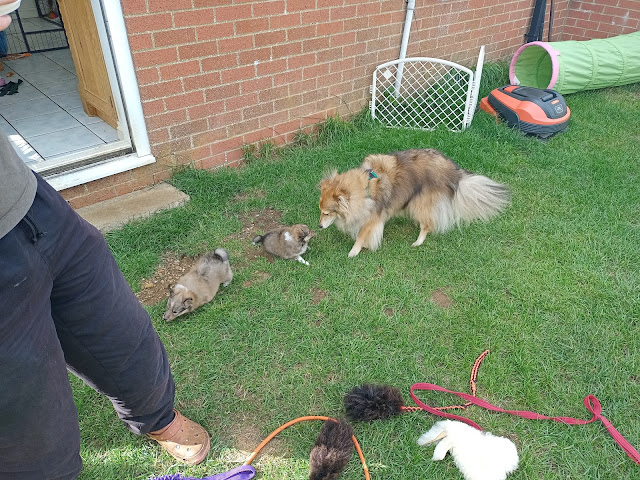 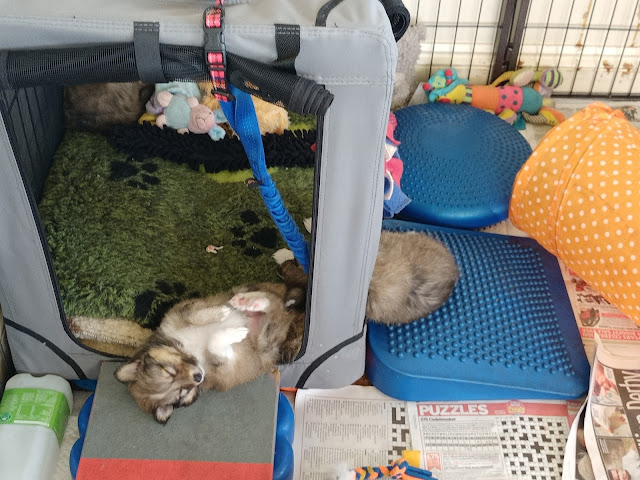 These are pics from one of our other local walks, Bru actually was brave enough to get his paws wet! 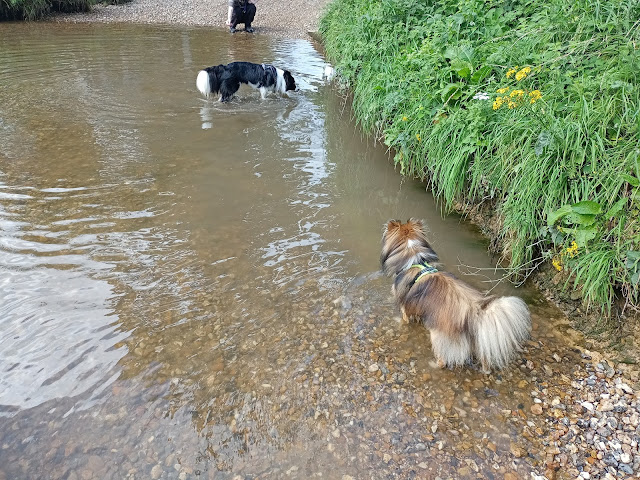 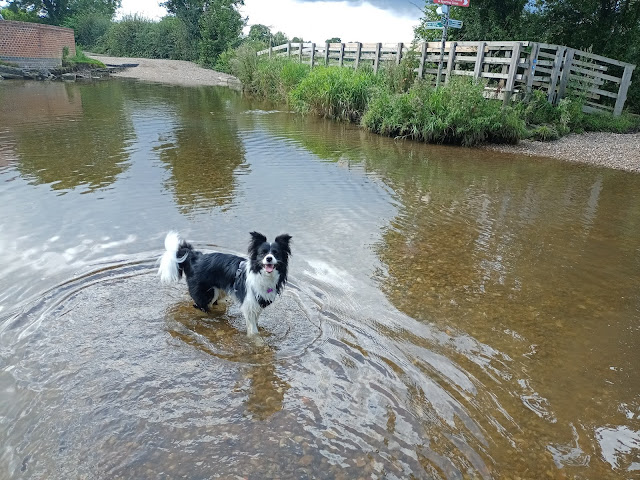 And Brooke was the pub dog! 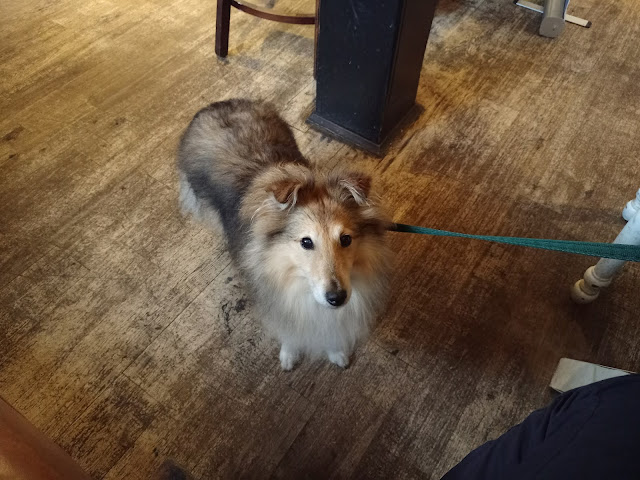 Thanks to Amy for suggesting we grow rainbow chard, isn't it beautiful! 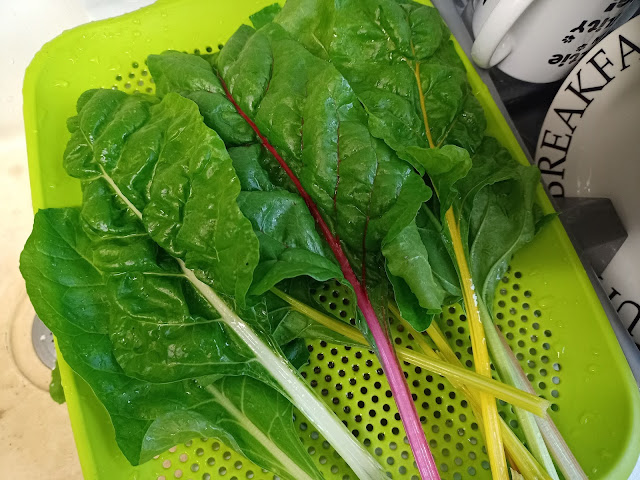 A special mention for my Aunt and Uncle who celebrated their 50th Wedding Anniversary!! Huge congratulations to them! 🎉🎉🎉 My cousin had been super organised and got a cake with a wedding photo printed on it and some goodies and we surprised them with a family zoom call! 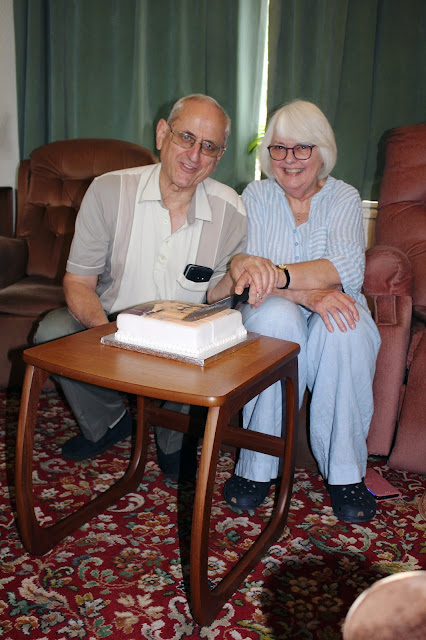 The last two days of out week off were spent on agility camp, it was insanely hard stuff but so exciting to watch Matt and Bru trying the courses. I'm hoping the videos will post as blogger was a pain last time! I will give it a go, fingers crossed! Spark also got a go doing some course running!

Here is Brooke having a play at my field this week

And Mr Toad playing hoopers in the garden!