Last week the dogs all had a check up with their lovely physio and to be honest I thought Brodie might have a niggle or two but Spark was the most broken poor girly. Her pelvis was out, her back was sore as a result and her shoulders were really crunchy and tight. She had some laser treatment and manipulation and was to have strict lead walking for the rest of the week. Brodie was a bit tight over his lower back and Brax had a sore spot on her back. Ironically Brooke bean was the best out of all of them and was just there for her weekly laser!

During the week we put Brodie in with his wife to cheer her up...he is such a gentleman! What a sweet couple :-D 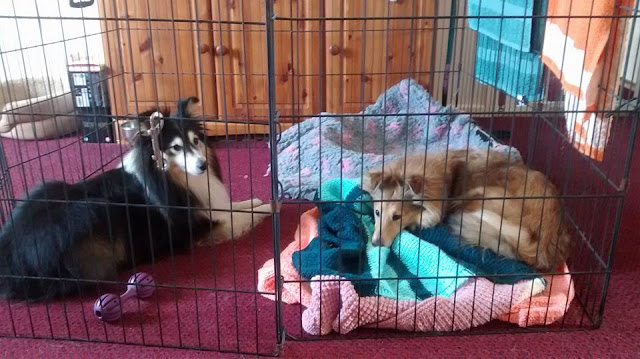 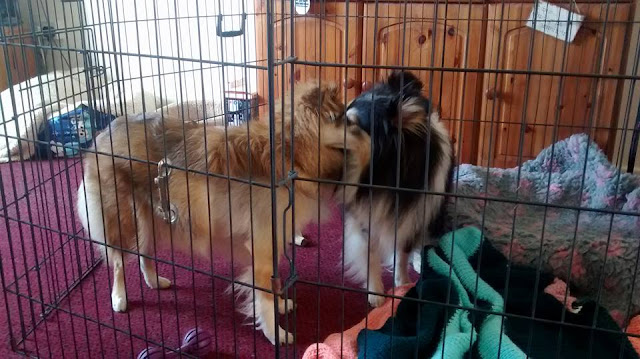 The dogs had had the all clear to compete at FAB on Saturday...less said about that the better! Spark did manage to keep poles up and win a steeplechase but couldn't weave so she went back to physio on Monday and had a sore rib. Poor girly! So its the night before KCI and I haven't done ANY training for over two weeks...doesn't bode well!! At least I should have a fit dog, fingers crossed :-)

Brodie, Sparkle and I went to Rally on Sunday. It was Brodies last Level 2 and Sparkles first L2. The competition was fierce as it was open to L2's only (no Level 1's) so the standard was higher than I have been used to. Brodie was awesome and got 207 out of 210 and came 5th!! He is now Chandling Ebony Charge AW(G) RL2.Ex Sorry for the lack of pics, my phone has died so I have an old brick and it doesn't take pics!!