On Saturday Sparkle puppy and I had a day out at one of the JFS (just for starters) shows. They are designed for newbie dogs and/or handlers and you can do nfc (not for competition) runs of you want. I have to say when I walked the first two courses I thought they were harder than I had expected! Apparently they were set harder than the last two shows which had flowing courses with no/one change of side. The agility had four changes of sides two of which were after straight tunnels to off set jumps! I made the decision to do the steeplechase for competition and run all of the others nfc. She was a little superstar in the steeplechase, really listened to me and did a lovely wait. I was so proud of her, her first competitive run and she won it-clever little pipsqueak! The photographer got an action of me actually running, just to prove I do occasionally! (Thanks to Des Hassell for this pic) 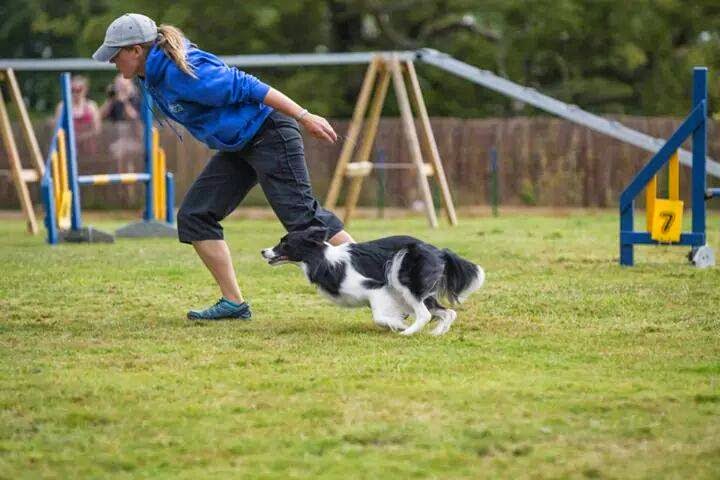 On Sunday we went to Adams for the day. The shelties were competing and did really well. Brodie did a lovely clear but was one out of the placings. Brooke was 2nd in the 1-7 jumping and also 2nd in G6 agility (with held contacts) Little Brax was amazing and came 2nd in G7 jumping-go diddle!! So here it is...Sparkles first ever sofa picture :-) 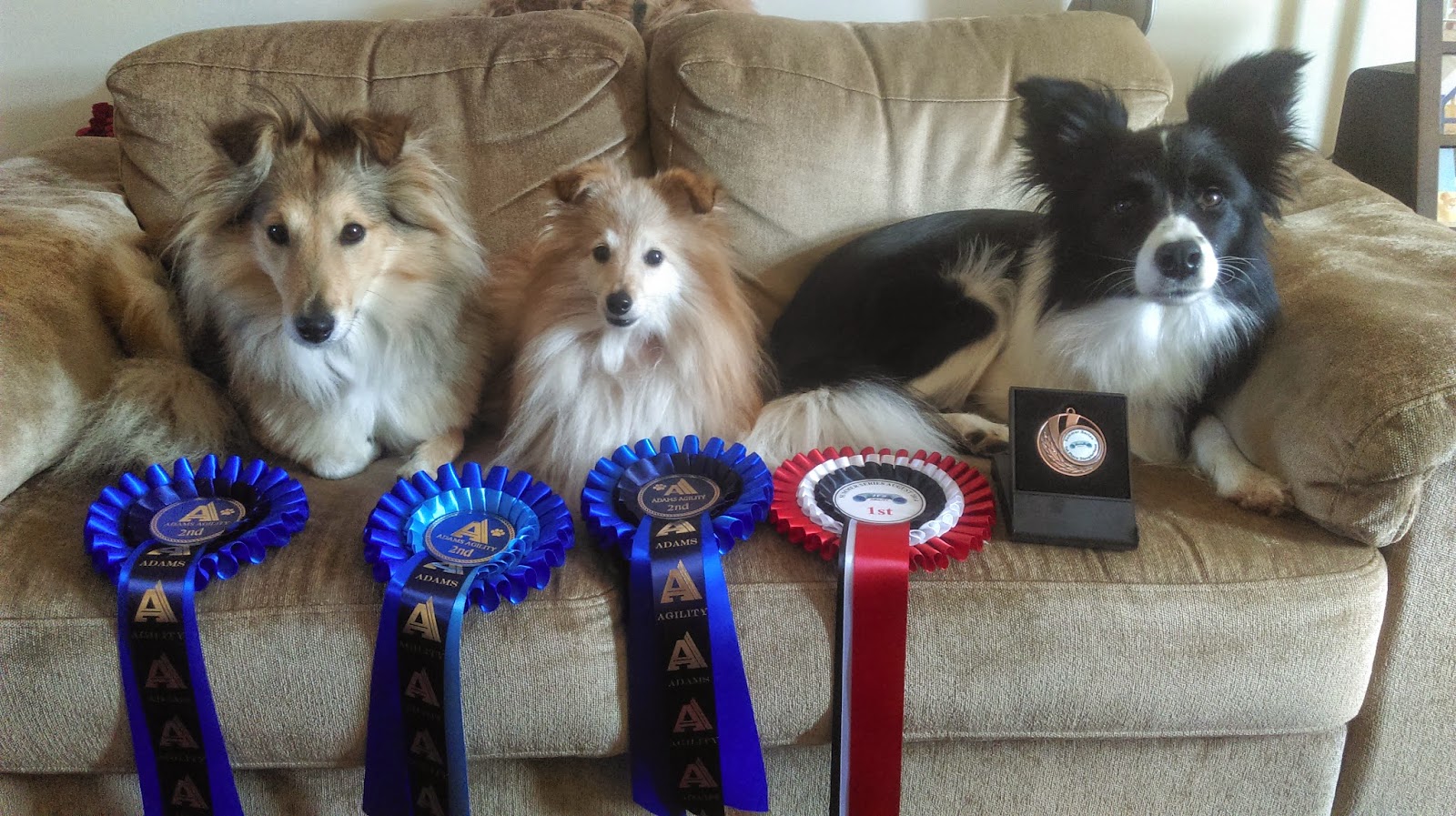